Ronda Rousey will have her highly-anticipated debut fight tonight as she competes in a Mixed Tag Team Match.

Roman Reigns will challenge Brock Lesnar for the Universal title in a match that could be Lesnar’s last in WWE.

Reigns has been backed as the favourite to dethrone The Beast.

Asuka will face Charlotte Flair for the Smackdown Women’s Championship in a bout that could steal the show.

Rumours also suggest The Undertaker, who was spotted in New Orleans, Louisiana, could make a surprise appearance to face John Cena.or even confront him to set up a match for WrestleMania 35

‘Woken’ Matt Hardy triumphed in the battle royal with an unlikely assistance by Bray Wyatt.

The Woken One took out Wyatt in the Ultimate Deletion but it now seems like they have joined forces.

Rumours suggest The New Face of Fear will now be known as Woken Wyatt.

Alexander took out Ali with a Lumbar Check and was awarded the belt by 205 Live General Manager Drake Maverick.A new era has finally arrived at the Cruiserweight division.

The ex-Smackdown Women’s Champion last eliminated Bayley, who though she had the match won.

The RAW superstar eliminated Sasha Banks but forgot that Naomi was never thrown over the top rope.

Naomi will be looking to build some momentum after her big win and Bayley is expected to start a rivalry with Banks.

Rollins hit Finn Balor with a Curb Stomp and The Demon’s head landed on The Miz’s back.

The Kingslayer then delivered another Curb Stomp on the Intercontinental Champion for the win.

Charlotte Flair did the impossible when she beat Asuka at WrestleMania.

Asuka tapped out to Charlotte’s Figure-Eight Leglock as the New Orleans crowd watched in shock.

That was The Empress of Tomorrow’s first loss in WWE.

After the match Asuka said: “Charlotte was ready for Asuka”.

Jinder Mahal shocked the WWE Universe once more after winning the US title.

Mahal got the pin after hitting Rusev with the Khallas.

That was the second time The Modern Day Maharaja shocks the world as last year he won the WWE Championship from Randy Orton. 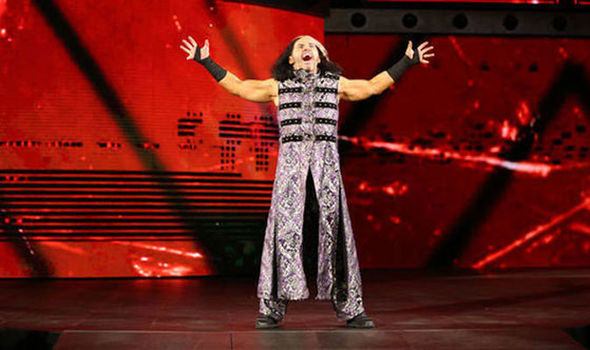 Ronda Rousey was successful on her debut match at WrestleMania.

The UFC legend made Stephanie McMahon tap out to an armbar.

Rousey was dominant during the match as she also locked an armbar on Triple H.

Harper hit a vicious Powerbomb on Kofi Kingston from the top rope and earned the win.

Harper and Rowan have been dominating the tag team division and are expected to continue to do so as champions. 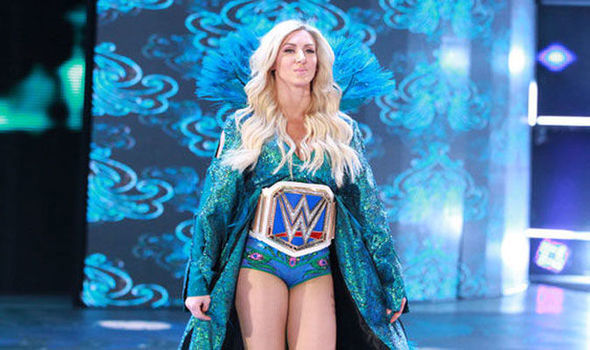 The two legends had an impromptu bout that saw Taker dominating The Champ.

The Phenom won with a Chokeslam and a Tombstone Piledriver.

Cena failed to build any offence throughout the match.

Daniel Bryan wowed on his return to the ring as he and his partner Shane McMahon beat Kevin Owens and Sami Zayn.

Bryan shocked the world three weeks ago when he was medically cleared to compete again.

The Leader of the YES Movement was taken out early in the match by Owens and Zayn with a Powerbomb on the ring apron.

But the four-time world champion quickly regrouped and made Zayn tap out to the YES Lock.

Owens and Zayn are now still unemployed and are not allowed to compete on Smackdown.

Alexa Bliss made her way to the ring with Mickie James but Jax took her out immediately with a savage attack.

The Irresistible Force dominated throughout the match and beat Bliss with a Samoan Drop from the top rope.

It was a very emotional victory for Jax who was bullied and humiliated by The Goddess in previous weeks.

Styles got even with his ex-NJPW rival who beat him at Wrestle Kingdom 10 in 2016.

The two Smackdown stars put together a classic match that saw The Phenomenal One winning with a Styles Clash.

Nakamura then turned heel as he hit Styles with a low blow and a Kinshasa.

That means that the two stars will have a rematch for the title.

Sheamus & Cesaro vs. Braun Strowman and a partner of his choosing

Horse racing tips today: Who to back at Lingfield, Newcastle, Doncaster and Newbury | Racing | Sport