A total of 98 runners are bidding to break 90 Guinness World Records during the 26.2-mile course on Sunday.

Photographer Lee Collier, 42, from Blandford, Dorset, will turn into family favourite Paddington in an attempt to run the fastest marathon by a mascot.

After sadly losing a daughter in 2005, he is running in support of Action Medical Research, whose mascot is the marmalade-loving bear.

He must get round faster than 3hrs 17 mins and 57 seconds to take the title.

He has to beat 3hrs and 30 minutes for the record.

Charity worker Bob Prothero, of Staines, Surrey, will be hoping his training does not go down the pan because he is running dressed as a toilet.

He previously held the record for completing the fastest marathon dressed as a vegetable. 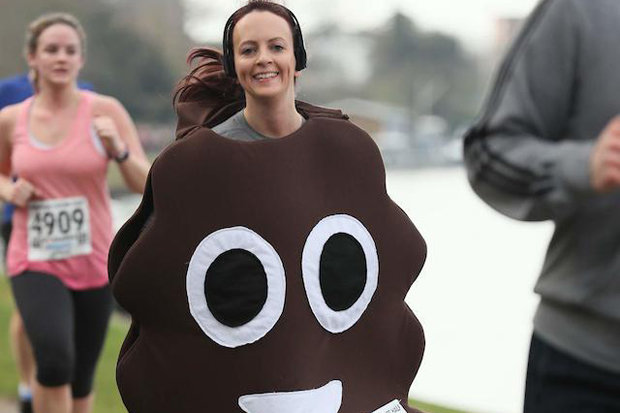 She loved watching record attempts on TV as a kid and wanted to do her own.

As her mum is a big fan of The King, this seemed the perfect option.

Victoria Bell, 30, from Richmond, south-west London, is hoping to beat 4hrs and 5mins to break the record for fastest marathon dressed as an emoji.

She says: “It had to be the poo emoji – everybody’s favourite emoji.”

Sunday will be a tall order for Michelle Frost who is attempting the course on stilts.

The 32-year-old from Rushden, Northants, became the first person to set the record in 2008 and now plans to claim back her title.

Michelle is running for Motor Neurone Disease Association, where she works, and success means beating the current 6hrs 30mins time.

The 41-year-old is running his sixth marathon but being a world record holder is on his bucket list. 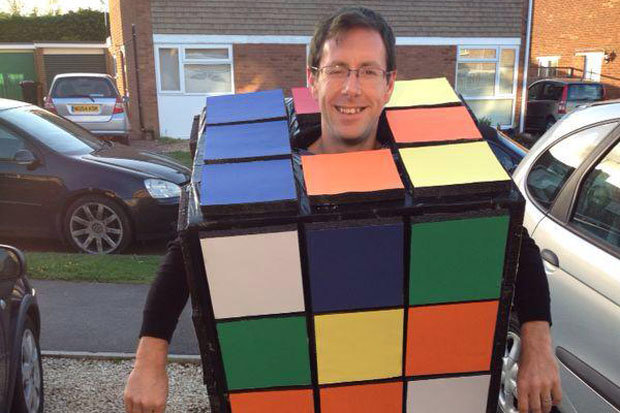 
A variety of fancy dress will be seen at the marathon

Bidding to break the record for fastest marathon dressed as a three-dimensional plant is Owen Willis, who will be a giant poppy.

He is fundraising for SSAFA – the Armed Forces Charity and the Royal British Legion.

The daredevil has not tested out his costume yet as the North Sea winds make it dangerous in his North Yorkshire home town of Scarborough, but he’s hoping for the best!

Londoner Mark Barlow is dressing as Yoda to raise money for Hope for Gabriel, a charity funding research into muscular dystrophy.

Mark, 45, says: “As someone who’s short and getting a bit old and bald, Yoda was the obvious choice.”

Meanwhile Kirsty Bailey, 42, of Waterlooville, Hants, hopes to best 3hrs and 40mins to break the record for fastest marathon dressed as a cavewoman.

6 Ways Your Restaurant Can Survive COVID-19

Tesla is asked to recall 158,000 vehicles due to potentially dangerous display failures

GlobalNewsEveryday - January 18, 2021
0
Burnley's fury at Amazon as they contact the tech giant to...

Finding a Foothold for Nordic Skiing in Rural Alaska