Speaking to The Daily Star Online exclusively, Jonathan Downes announced that a new ape-like creature, with human features, could be lurking within southeast Asia.


Jonathan, 59, has devoted his life to Cryptozoology – the study that seeks to validate the existence of entities from folklore record such as Bigfoot or The Loch Ness Monster.

Cryptids aim to prove animals, that are known to be extinct, are in fact alive.

One of the beasts – apparently featured in the video above – is believed to be hiding in the wilderness of Sumatra, Indonesia.

The figure appears to run away from a group of bikers, into the wilderness.

It is better known in the local community as an Orang Pendek.


ORANG PENDEK? Researchers believe this could be proof

Jonathan said: “If I was going to put a probability on the existence of it – I would say 99%.”

“We know so much about it.

Jonathan is the Director of the Centre of Fortean Zoology – an organisation dedicated to uncovering such sightings.

Founded in 1992, by Jonathan himself, members of the group regularly attend expeditions in the hope of proving the genuineness of their claims.

Jonathan added: “There is no doubt in my mind that this animal exists and I think it is probably a fourth species of Orangutan.

“It is an ape-like animal that has evolved to be able to walk upright, rather than swing through trees.

“This is probably because several hundred years ago Sumatra – where these are found – was hit by an earthquake and the Orang Pendek very quickly evolved to walk upright instead.

The group have a YouTube channel, named CFZtv, who run a series called On The Track – providing updates on what they uncover during each adventure. 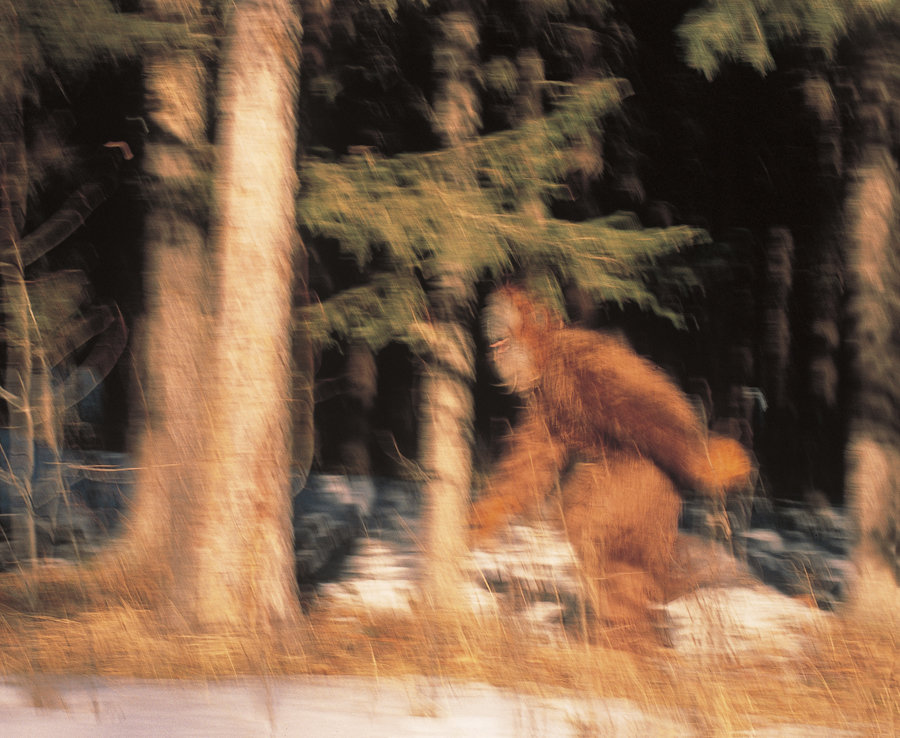 These creatures are reported to inhabit remote, mountainous forests on the island of Sumatra.

Sightings of the animal date back for more than 100 years.

How the Harp Got Hip