A contest is being held to help huge cats, tortoises and dogs lose weight.

Entrants include a 2st Jack Russell who likes steak sandwiches, and a 10kg cat called Elvis Presley, twice the size of a normal puss.

Elvis’s owner Carole Sweeney, 55, says she didn’t realise how big her boy had become until comments from family and friends left her “all shook up”.

She’d been caught in a trap of feeding Elvis too much out of love. 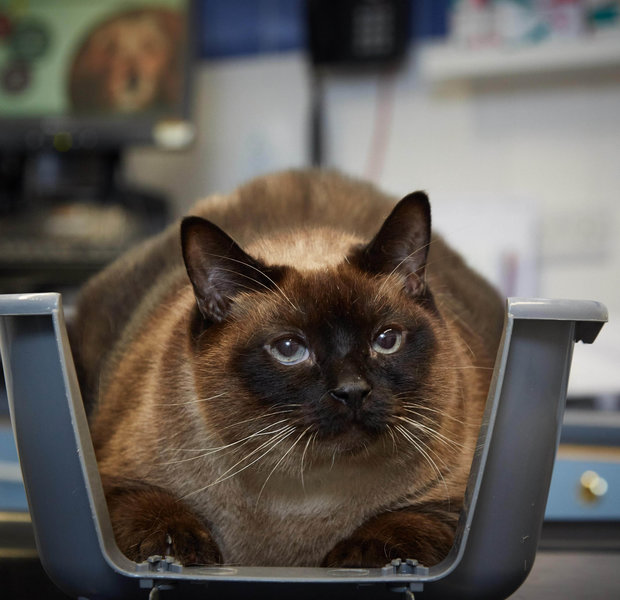 
FAT CAT: Elvis Presley is 10kg and twice the size of a normal puss


“With the right advice, a good diet, suitable exercise and a bit of willpower you can make a big difference to a pet’s health”

The pet owner said: “I never gave Elvis treats or human food, but I’ve since learned that his portion sizes were way out of control.”

Charity PDSA will select 15 animals from around the UK to go on a six-month diet with a rigorous exercise programme.

PDSA vet Rebecca Ashman said: “With the right advice, a good diet, suitable exercise and a bit of willpower you can make a big difference to a pet’s health, happiness and life expectancy.”

Meanwhile, supersized Jack Russell Alfie, from London, is DOUBLE the size he should be – because his owner feeds him steak sandwiches and bacon baps.


BEFORE AND AFTER: This bunny put on lots of weight

Tony, 72, said: “He does look bigger than a lot of dogs of his breed, but he just never stops eating.

“I have tried putting him on a diet before but nothing seems to work no matter what I do. The trouble is everyone loves him and likes to give him a bit of their food. He also eats stuff off the floor so it’s really difficult to manage what he eats.”

Children ‘at risk of blackmail due to live-streaming surge’

Chipmunks sitting on a ‘sock mountain’ as hundreds are donated to...

Ghostly figure in halo of light filmed ‘walking among CLOUDS’ in...