It took a controversial last-minute penalty to spare Juventus‘ blushes as Cristiano Ronaldo salvaged a draw in the first leg of their Coppa Italia semi-final against 10-man AC Milan.

Ronaldo cannoned a bicycle kick into the hand of Milan’s Davide Calabria, who was facing the other way when the shot was blocked with his hand.

The referee immediately waved off Juventus protests and it was not until the intervention of VAR that the game became dominated by a single decision. 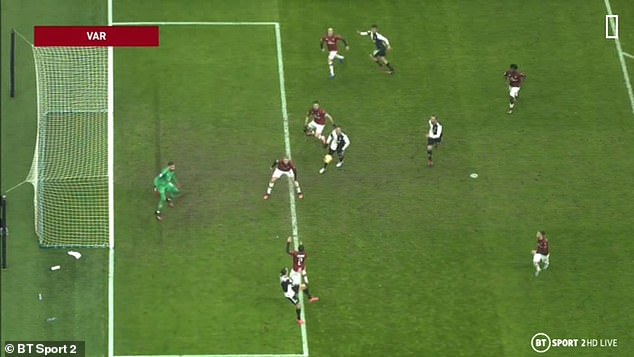 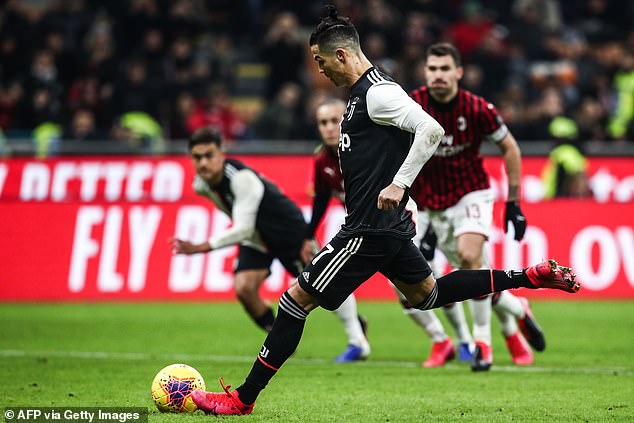 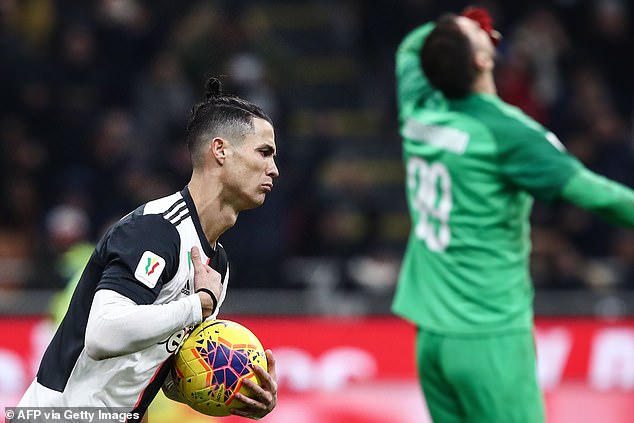 Ronaldo scores for the 11th game in a row!

A contentious penalty for Juventus and CR7 punishes Milan in full.

A lifeline for Juve in stoppage time! pic.twitter.com/pqO7X174zF

Ronaldo converted the penalty with confidence. That is 35 in 35 for club and country now.

Scoring an away goal, given they looked set to lose, felt massive for the Italian champions.

‘It’s important to score an away goal, but a team like ours cannot just be happy to allow Milan an opener and put the game in doubt,’ Leonardo Bonucci told Rai Sport after the draw.

‘We have to get back in shape, everyone needs to step up and do more. It wasn’t a bad performance, but Milan pressed high and at this moment we need to do more, because what we’re doing during the week is not enough. 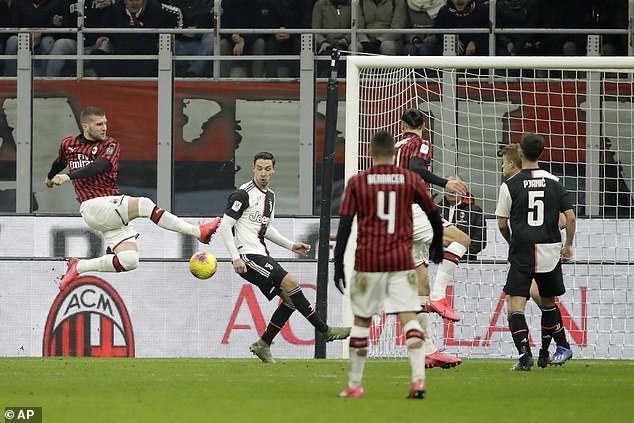 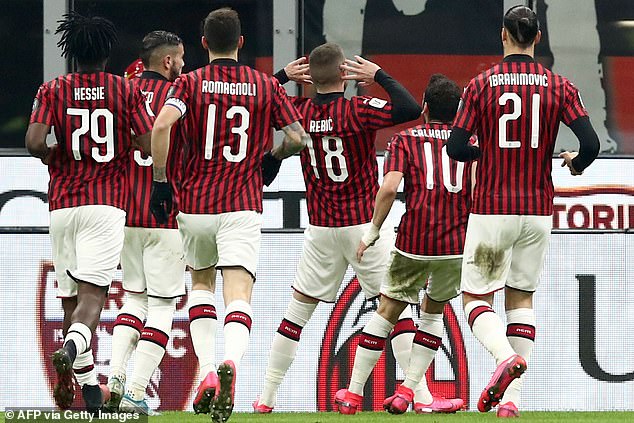 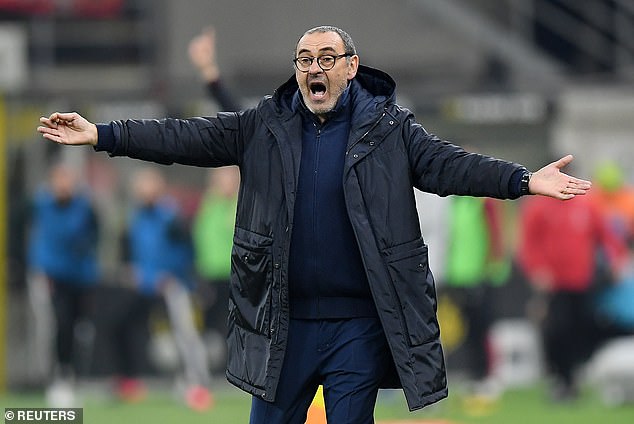 But there were plenty in red and black that felt furious the decision, along with the second half sending off for Theo Hernandez, was made given the referee was initially adamant it was not a deliberate handball.

Calabria was facing the crosser on the right and as the ball went over his head, he was unaware Ronaldo was to strike from a yard or two behind him.

He did not see the strike, could not have moved out of the way and found himself booked for dissent when pleading his innocence.

His manager was, unsurprisingly, seething at the final whistle.

‘I got angry first and foremost because there was a foul on Ibrahimovic earlier in the move,’ Stefano Pioli said.

‘Plus I remember the referees showed footage of that Cagliari-Brescia penalty at the start of the season and said it was an error to award it because the player couldn’t see the ball.

‘I therefore don’t see what’s so different with this situation, as Calabria couldn’t see it. Alberto Cerri, in that situation, jumped and could not just cut his arms off, you have to use your arms when jumping. He didn’t have time to get his arms back into position.’

It was largely a poor Juventus display and were it not for VAR’s intervention, they were staring back to back defeats in the face.

The saving grace for Sarri and Juventus is this is effectively half-time, with the two sides to meet again in Turin on March 4 to compete for a place in the final. 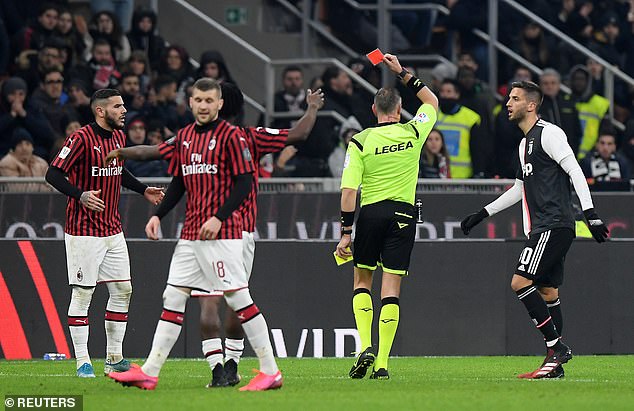 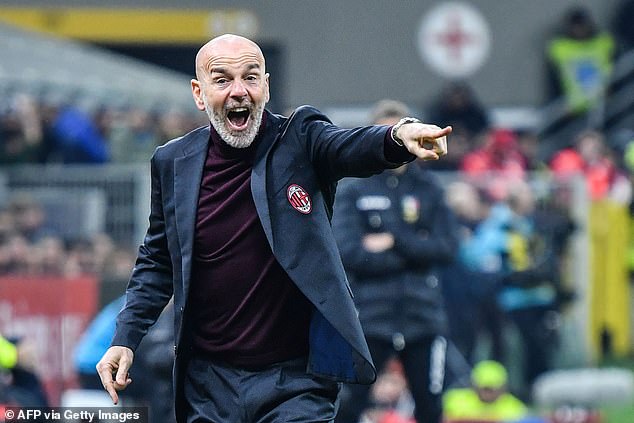 Stefano Pioli urged his side to hang on but Ronaldo, as he often does, saved the day for Juve

Juventus looked ponderous for large spells at the San Siro, despite starting with both Ronaldo and Paulo Dybala and just after the hour mark, they paid the price when Rebic volleyed in.

Samu Castillejo manufactured a yard of space on the right, lifted his head up and looked to pick out Zlatan Ibrahimovic in the six-yard box.

The Swede leaped high, but not high enough, and the chance appeared to have gone when the cross evaded him.

But there was Rebic, ahead of Juventus full-back Mattia De Sciglio, to swipe into the bottom of Gianluigi Buffon’s net.

It was no less than Milan deserved. Juventus have been below par for weeks and are no longer getting away with it as they have in previous seasons. There is very much all to play for when the second installment of this heavyweight clash rolls round.

Theresa May rallies EU leaders with ‘not perfect’ Chequers proposal

Student cracks DNA code to take home $10,000 worth of bitcoin

Undertaker celebrates 4th of July with blast from the past ahead...