Alexis Sanchez insists he does not regret leaving Arsenal, despite a torrid start to his career at Manchester United.

“I believe that United really are a very big club on a worldwide scale and even more so in England, where they are the biggest,” the Chilean said.

“They always want to win and to be fighting on all fronts, and that’s the reason I wanted to come here.

“I also had some great players alongside me when I was at Barcelona, some highly experienced guys who had great quality.

“I think that United are not too dissimilar to them as a club in terms of their size and their stature.

“Manchester United are a massive club, which always aspires to win big trophies and that is what I’m trying to help make happen.

“I want to try and keep improving so we can see the club winning trophies.”

Gareth Bale has sensationally claimed he could be set to leave Real Madrid.

“Obviously I need to play,” he told BT Sport.

“That hasn’t happened this season for one reason or another.

“I was injured for five or six games and I’ve been fit ever since.

“I’ll have to sit down in the summer, discuss it with my agent and take it from there.”

Gareth Bale looks set to leave Real Madrid this summer after being left on the bench for the Champions League final.

Bale was omitted from Zinedine Zidane’s starting XI against Liverpool on Saturday night.

And the snub has fuelled suggestions the Wales star is set to exit the Bernabeu.

Bale is wanted at Manchester United and Tottenham – and Real could well accept a sizeable offer if one is made the summer.

Arsenal expect Sokratis Papastathopoulos to be their first signing of the summer.

The Spaniard has identified Papastathopoulos as a viable option for the Gunners.

And the Daily Mail claim the new boss is also eyeing Stephan Lichtsteiner. 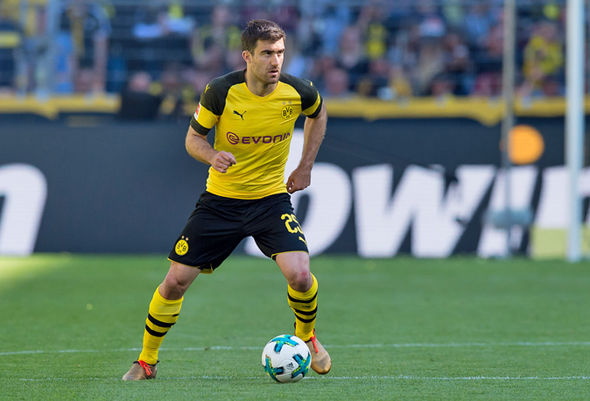 Maurizio Sarri is close to being appointed as Chelsea’s new manager – but the Italian will not be bringing any of his Napoli staff with him to Stamford Bridge.

Sarri’s representatives have been in talks with Chelsea officials in London this week.

Reports in Italy claim a deal is ‘imminent’ and an announcement is due soon.

Antonio Conte will be shifted out to make room for Sarri.

But his coaching staff will be staying in Naples.

Samuel Umtiti has delivered Manchester United a blow in the transfer window by saying he wants to remain at Barcelona.

Umtiti has a £50m release clause and contract talks with Barca are at a standstill.

A move to United has been proposed by the centre-back said: “For my part, I want to renew.

“It’s important to resolve this issue before the World Cup although if this is not possible, it would not bother me.

“At the moment, there is no more news or further developments.” 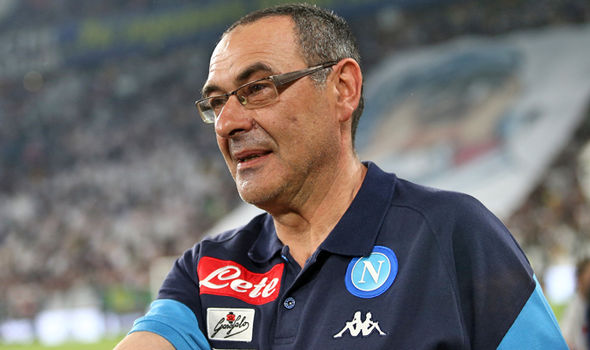 Chelsea are keen to appoint Maurizio Sarri as their new manager

While Jurgen Klopp will get the chance to build on Liverpool’s successful season regardless of tonight’s results, the same can’t be said for Zinedine Zidane.

Following the disastrous defence of their La Liga crown, Sky Sports pundit Paul Merson reckons Zidane could be given the chop if things don’t go their way.

“Jurgen Klopp could get Zinedine Zidane the sack tonight because he is the better manager,” Merson told the Daily Star.

“I know Zidane has won two Champions League titles in a row but he has had world class players to work with.

“You should be judged on what you do in your domestic league when you’re a manager and Real Madrid are so far behind Barcelona now it’s ridiculous.

“Barcelona are not even that good – but Real have only won the league once since Zidane took over and this season they only finished a very distant third.

“He’s been getting out of jail by winning the Champions League. But competitions like that are a bonus. The league is your bread and butter.

“You can’t judge a manager in a knockout competition because you need a bit of luck and a good draw to win them.

“Zidane could win three in a row and that would be an amazing achievement. But if he loses the final I would be shocked if he keeps his job because they are miles behind Barcelona.”

Manchester United have agreed a deal for Sergej Milinkovic-Savic and are just waiting to sell Paul Pogba before welcoming the midfielder to Old Trafford.

Materazzi, the brother of Italian World Cup winner Marco, reckons United have already sorted out a deal for the 23-year-old.

And he’s claimed United are hoping to get rid of Pogba before announcing Milinkovic-Savic’s arrival in Manchester.

“In my opinion, he has already been sold for a few months to a team, Manchester United, which is waiting to sell a big [name], Pogba, to formalise the Serbian [’s arrival],” Materazzi told French outlet RMC Sport, when asked if there is a risk Milinkovic-Savic will leave Lazio.

“Lazio is the team that worked better with the human material that was available: hats off to [Igli] Tare and [Simone] Inzaghi.” 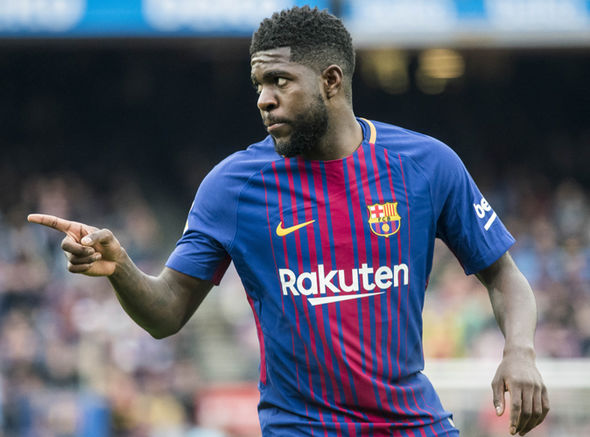 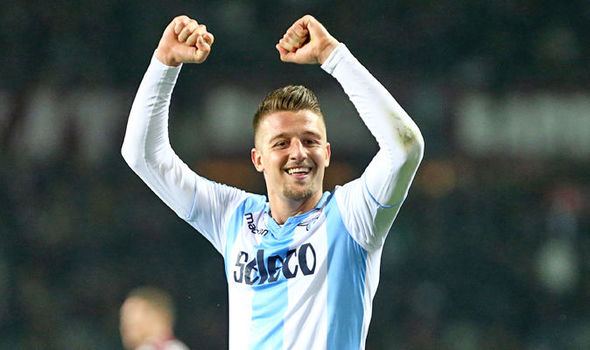 Transfer news: Sergej Milinkovic-Savic is reportedly on his way to Manchester United

Arsenal boss Unai Emery wants to bring Ousmane Dembele to the Emirates – and Barcelona are reportedly willing to sell.

They say the ex-PSG manager feels Dembele, 21, would be the ideal signing.

And with the Gunners not being able to afford the former Borussia Dortmund forward, Don Balon say Barca are willing to agree a loan deal with Arsenal.

The Spanish giants are keen on a temporary deal which includes an option to buy next summer.

Lyon star Nabil Fekir says he will discuss his future with the club president amid interest from Liverpool.

Reports emerged earlier in the month claiming a deal had been agreed between the two clubs, and while that looks to have been premature the sounds are that a transfer could be sorted in the coming weeks.

Fekir, who is under contract with Lyon until 2020, is open to discussions with the club president about his future.

On a possible move away from Lyon, Fekir said: “For now I am in Clairefontaine. Games are coming and I really don’t have my situation on my mind.

“I will let things happen but nothing is done. I have to talk with [Lyon president] Jean-Michel Aulas and we’ll see what happens next.” 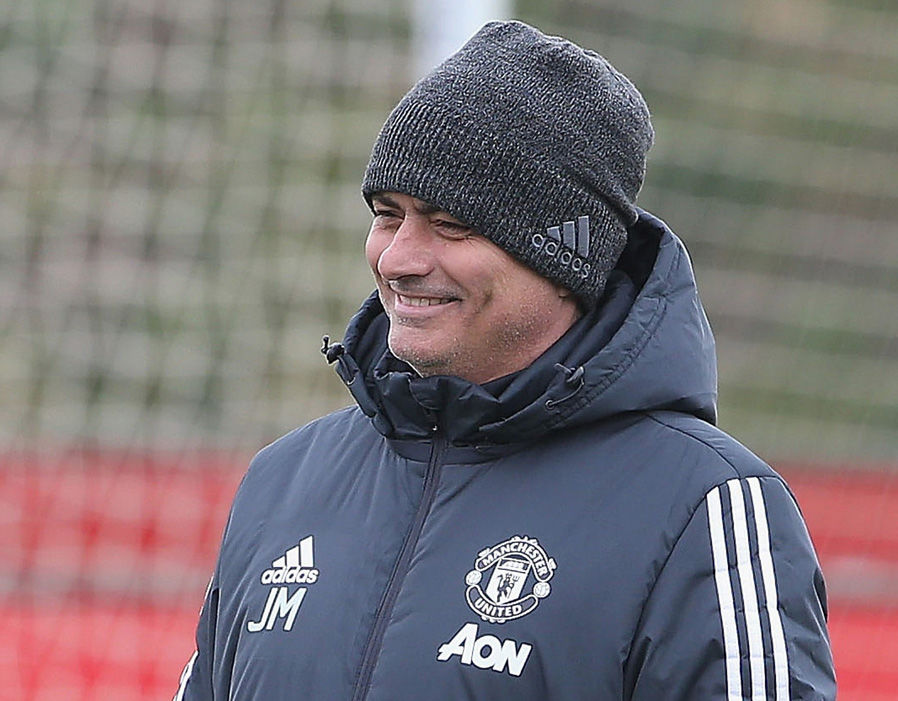 Who are the most likely stars to leave Man Utd this summer – and where are they going?

Italian TV station Mediaset claim the deal has been agreed for the ex Napoli boss to replace Antonio Conte.

According to the report, Sarri has settled on a four-year contract at Stamford Bridge, worth £5.25m per season.

I think Man United fans would be going doolally,” Morrison told Express Sport, when asked if Ronaldo could return to United this summer.

“If that happens my kids would be happy because they love Man United. They’ll be over the moon and if Ronaldo goes I’ll probably have to start going getting them a season ticket.

“But it would be what every Man United fans’ dream for him to go there. And I think Cristiano has got a lot of love for Man United.

“If he wants to move, I think the one team he will go back to is Man United.”

When Resistance Became Too Loud to Ignore