That’s one way to stop him! West Ham defender Angelo Ogbonna appears to grab Sergio Aguero by the TESTICLES in last-ditch bid to prevent Manchester City star from scoring

With the City marksman seemingly through on goal having found himself goal-side of the former Juventus defender, Ogbonna wrapped his arm around the Argentine to bring him crashing to the turf.

And replays show that the Italian grabbed Aguero’s private parts as he dragged him to the ground. However, VAR opted not to award City a penalty for the challenge.

Sky Sports pundits Micah Richards and Jamie Redknapp expressed their confusion over the decision not to award City a penalty for the challenge.

‘When we looked at it, it looked like it was offside but as you see there it looks like he’s actually on-side,’ Richards said.

‘They should have checked it, that’s a problem, we’ve talked about VAR and the consistency. I think if that’s outside the box they give a foul there.’ 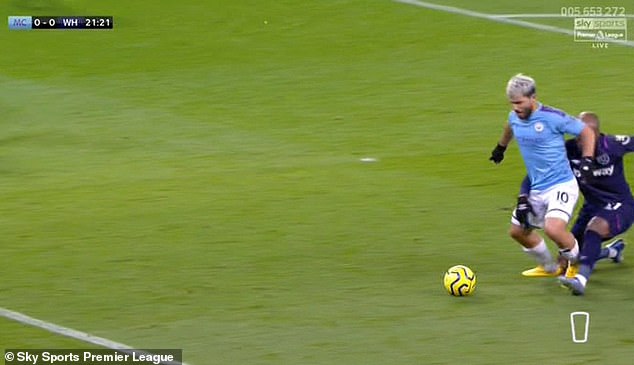 With the Manchester City striker evading the defender, Ogbonna dragged Aguero to the turg 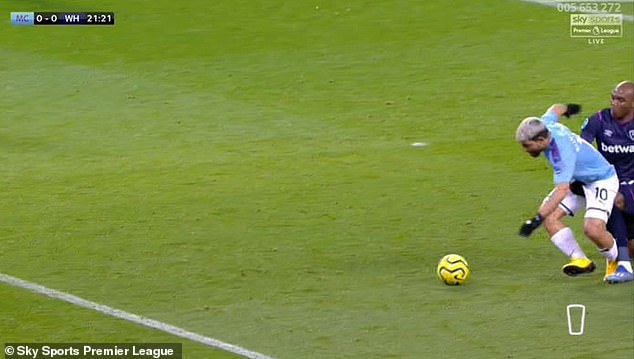 However, replays show Ogbonna got a handful of his opponent in order to stop him 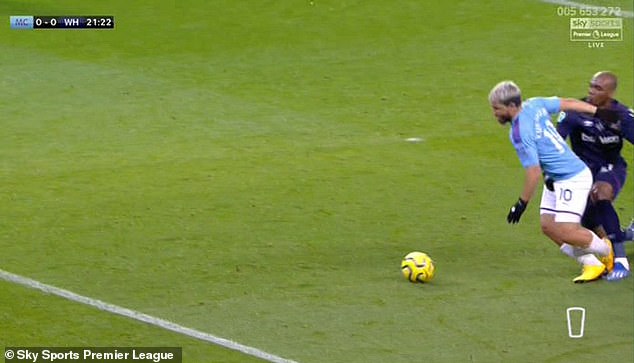 Despite Ogbonna clearly impeding Aguero, VAR did not deem the challenge a penalty

Former Liverpool and Spurs man Redknapp felt strongly about the incident, claiming Ogbonna should have seen red for the challenge.

‘For me that is a foul and it could have been a red card,’ Redknapp said. ‘That’s sometimes where VAR is certainly the grey area that fans find difficult and there’s so much pressure on referees and linesmen to make the right decisions.

‘It’s not always easy because they’re in a pressurised situation, VAR have got 10 seconds to look at it as well and we want to keep the game flowing. So I can see why they’ve got it wrong but for me that is a penalty.’

Even though Aguero was not given a spot kick, City rode out 2-0 winners in their first game since UEFA handed the Premier League champions a two-year ban from European competitions for breaching Financial Fair Play rules. 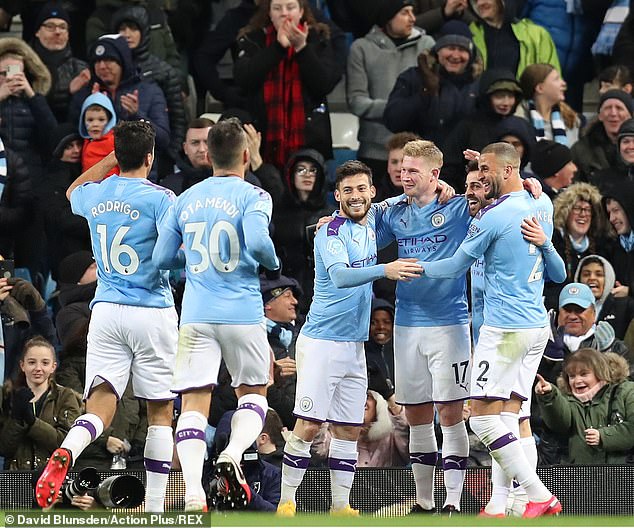 Despite the denied spot kick, City rode out 2-0 winners following a controversial week

GlobalNewsEveryday - April 12, 2021
0
In Tokyo, coronavirus continues to do its worst. Olympic preparations are in chaos, the locals are disturbed by the prospect of an influx...