By Simon Jones for MailOnline

Chelsea winger Victor Moses has moved to Spartak Moscow on loan until the end of the season.

The Russian side will have the option to sign Moses permanently for £8million when his loan comes to an end.

Moses, who spent spells on loan with Fenerbahce and Inter Milan last season, has been made surplus to requirements by Blues boss Frank Lampard.

The Nigerian has not played for Chelsea in more than two years and his move to Russia marks his sixth spell away from Stamford Bridge after he arrived in 2012.

‘It’s a great pleasure for me to sign for Spartak,’ Moses said after his move was confirmed.

‘They are one of the greatest clubs in Europe. I can’t wait to get started and meet my team-mates. It’s going to be an interesting season.’ 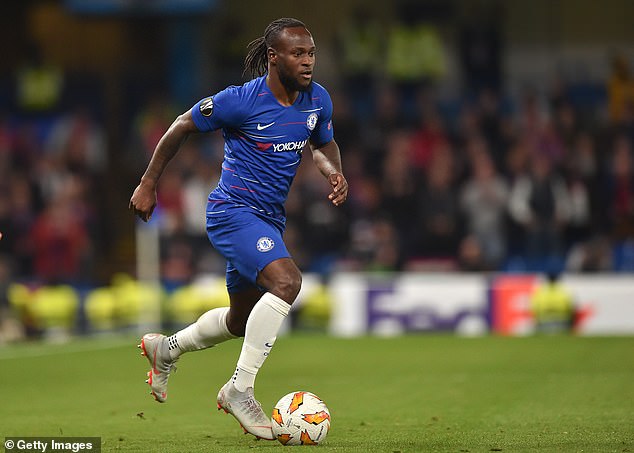 Watford are also interested and will try to hijack the deal before Friday’s domestic deadline.

Chelsea centre-back Jake Clarke-Salter, 23, is also in talks to leave the club on loan to Sheffield Wednesday.

Osaka to play in NY after calling attention to injustice