‘It’s nice to be involved in a title race… you don’t get to say that often’: Trent Alexander-Arnold revelling in hunt for glory as Liverpool retake top spot

Trent Alexander-Arnold was watching from the stands as a teenage fan the last time Liverpool were this far embroiled in a Premier League title race.

The Reds fell short back in 2013-14 after a late-season collapse, where the then 15-year-old right-back was heartbroken as Manchester City stole the title.

He is much more involved this time around, though, as a fully fledged member of the Liverpool team that currently top the pile at the last international break of the season.

Alexander-Arnold played 90 minutes as the Reds ended a tough, but successful, week with a 2-1 win at Championship-bound Fulham on Sunday – when they were well below their best.

Being just 20, seasons like this may be plentiful in the England international’s future career, but he is determined to make this one count as Liverpool hope to fend off City.

‘It’s massive,’ he said. ‘Obviously I was a fan during the 13-14 season when we came so close, so it’s nice to be involved in a title race.

‘You don’t get to say that many times in your career.

‘It’s trying to embrace it, soak it all up and hopefully we’ll be successful at the end of the season.’ 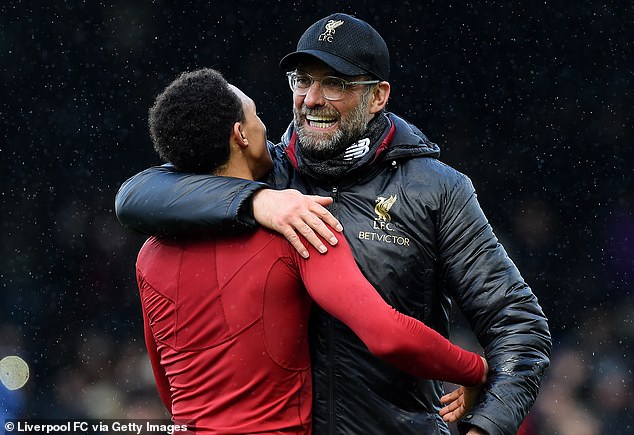 There are likely to be plenty of twists and turns between now and the end of the campaign, with City having a game in hand and another to be rearranged to make room for their FA Cup semi-final in April.

That could allow Liverpool to build a bigger lead, but Alexander-Arnold is only focused on his club.

‘I’m not even sure when their game in hand is or what the situation with the table is,’ he admitted.

‘It’s important for us to just focus on ourselves. It’s a bit cliched, but that’s the main thing for us.

‘Just try and be the best that we can be, and hopefully at the end of the season we’ll be coming away with some silverware. 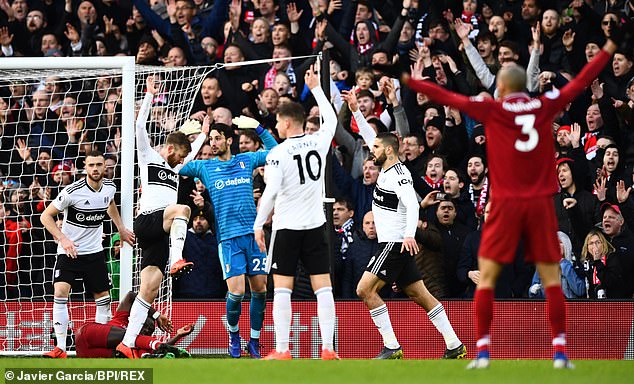 Having beaten Burnley and Bayern Munich in the build up to the game at Craven Cottage, the Reds were not at their best and needed a James Milner penalty to earn the three points after Ryan Babel’s strike had cancelled out Sadio Mane’s early opener.

Alexander-Arnold added: ‘At the business end of the season, three points, especially on days like that when you get tested, concede a goal, which is never good, to be able to bounce back and show our character was good for us.

‘These are the ones that maybe go unnoticed during the season, but they’re vitally important for us.

‘And I think we’ll probably look back at the end of the season and think that, whatever the outcome may be, this game was important for us.’

Man City: The quadruple is DEFINITELY on for Pep Guardiola’s side, believes Owen Hargreaves

Lions Are Lovely, but Petite Carnivores Need Affection, Too

Matt Hancock accused of ‘cronyism’ after it emerges he has shares in family firm...

GlobalNewsEveryday - April 16, 2021
0
This suburban neighborhood had a wild morning. A harrowing 46-second home security video of a bobcat attacking a man’s wife has gone viral,...

Matt Hancock accused of ‘cronyism’ after it emerges he has shares...