A stunning time-lapse video has been released of the London Stadium’s transformation into a baseball ground.

The sixty second long clip demonstrates the work that has taken place over the last few weeks to turn West Ham‘s ground into a stadium suitable for this weekend’s two-game series between the New York Yankees and the Boston Red Sox.


It shows how they started the work from nothing on June 3, following the sold-out Muse concert in the stadium earlier this summer, before finishing up with a diamond fit for Major League Baseball’s greatest rivalry.

SCROLL DOWN FOR VIDEO 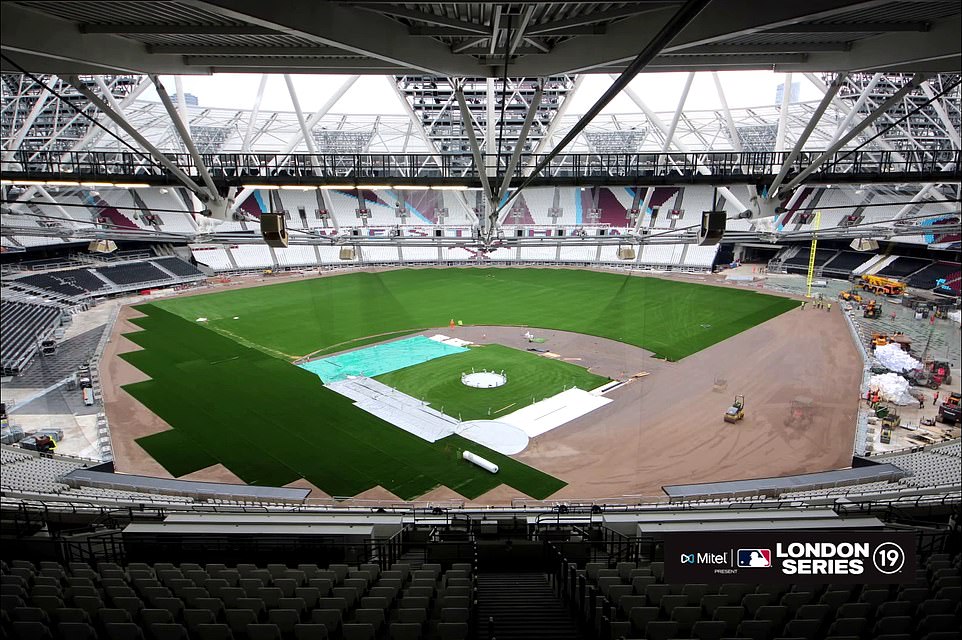 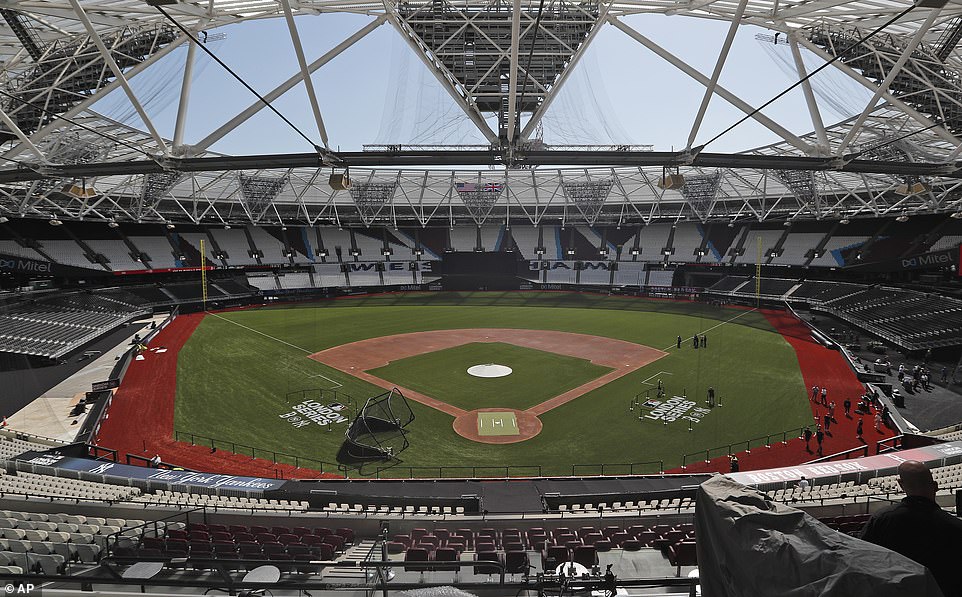 Sportsmail got a unique insight into the construction work last week, and took a look at what the process involved.

It is an operation that has involved around 110 people who have been working 16-hour days and seven days a week to transform this area of east London into a tiny pocket of the United States.

While the work started in June, the plan has been drafted, rejigged and then redrafted again since 2016. It explains why it is such a smooth process.

There are crews from all around the world working on the London Stadium. There’s one from Holland, Canada, another from the United States and a handful of workers who have been flown over from Mexico, making a total of around 40 overseas employees. 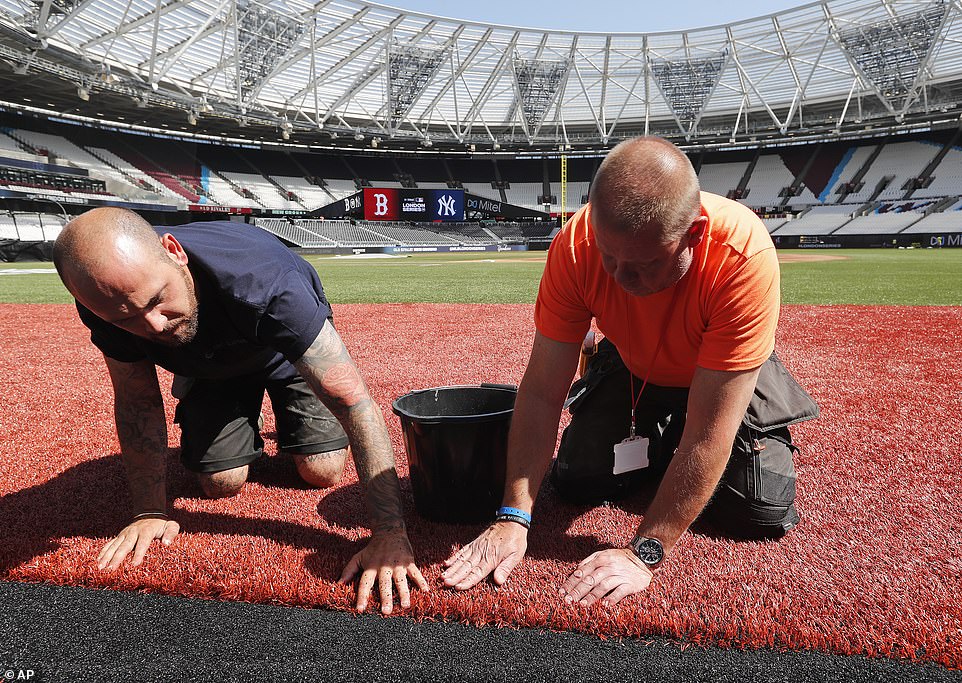 Murray Cook, MLB field and stadium consultant, said: ‘You couldn’t ask for a better team to put together this thing.

‘In 2013 we started looking at playing in the UK, but as far as the overall construction we started on June 3. It’s a well made plan with a well made group of guys here, contractors from the UK and the USA and it’s a multi-national operation.

They have had plenty to work on. The artificial turf seen in the video is actually the fourth layer on the West Ham pitch.

Beneath lies a protective layer used for concerts, the grass used for the Premier League and then the track and field setup that was seen back in 2012. 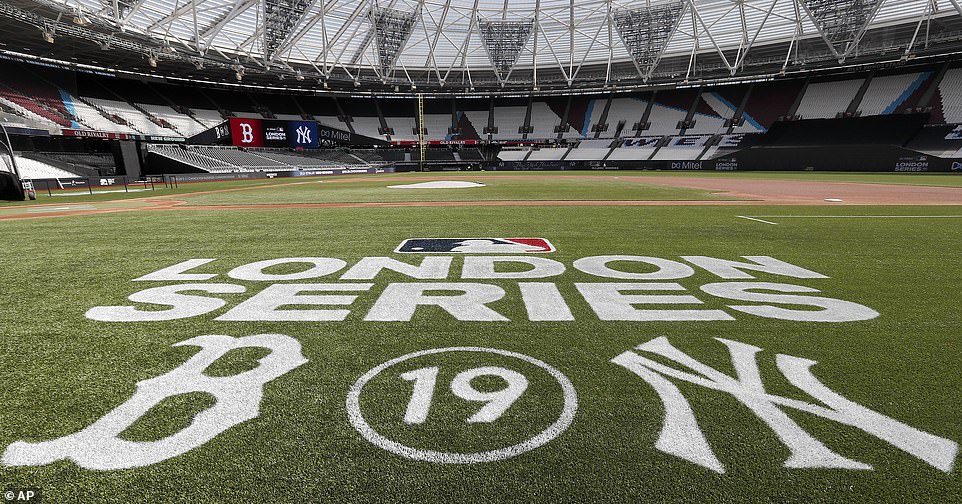 The clay used for the diamond has had to be brought over specifically from the United States to meet the usual standards. It has been shipped over from Slippery Rock, Pennsylvania, and is the same clay that two-thirds of teams in the MLB have in their grounds.

Within the diamond, other elements have had to be sent over. The mound was sent across and assembled specifically for use at the London Stadium.

Other parts of the field of play have also been imported. There is black padding around the pitch, which was shipped over from Toronto, Canada.

There has been a British element to this most American of construction processes. The two yellow foul poles, which are 50 foot tall, were crafted in the UK. 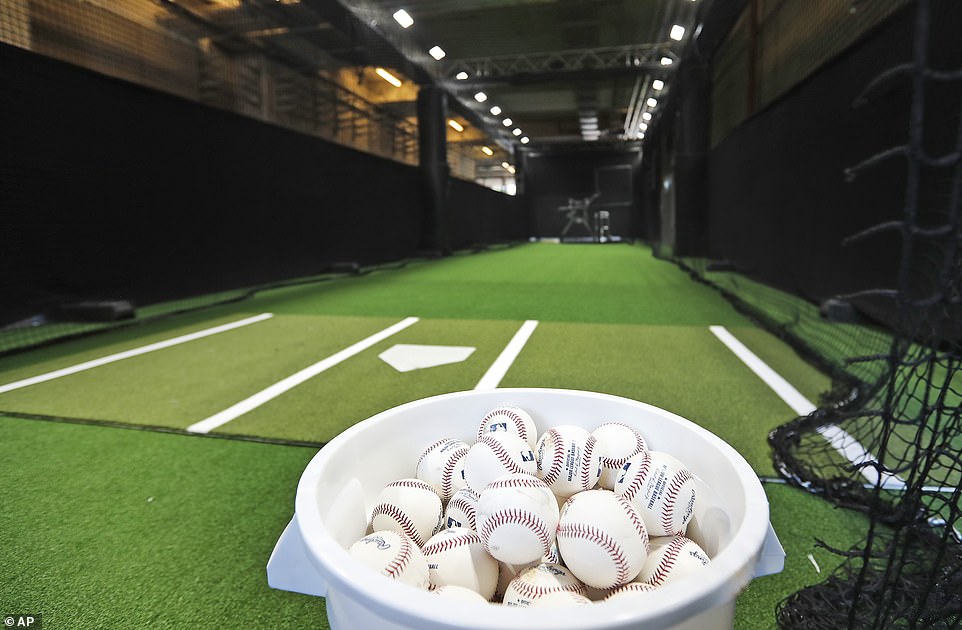 Other interesting considerations had to be made. They have had to protect all of the light fixtures in the stadium with chicken wire because a hit can fly far further than any other ball.

Impressively, they have also created two brand new dugouts for use during the games due to the number of people they have to house. Unlike most ball parks, they are at pitch level rather than below, which will probably help coaches despite being slightly abnormal for them.

It’s a 330ft playing surface, which is comparable to the Red Sox’s home ground of Fenway Park. There is less space immediately in front of a batter, but more foul territory, which will balance out the situation.

Cook added: ‘We’re close down the lines at 330ft. It’s comparable to Fenway Park. Every ball park is different. To make this one work within the boundaries we have, we are a little shorter in centre field but we have big foul territory. 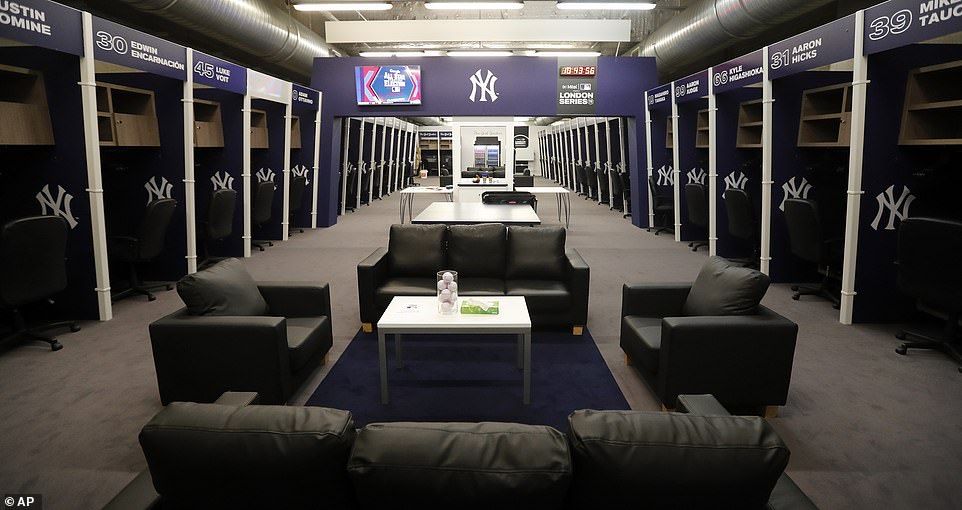 The New York Yankees clubhouse, specially constructed for use by the team during the games this weekend

‘That gives balance to the game. We have hitters who will say that’s extra out but that’s closer in centre field.’

Changes to the site mean there is an extra 3,000 capacity for this game compared to West Ham’s games.

Within the guts of the stadium, changes have also been made. A wall has been constructed down the centre of the tunnel because the two teams do not usually share that space in America.

The London Stadium’s existing warm-up track has also been turned into two brand new clubhouses as the existing dressing rooms would not be large enough to deal with the needs of the 25 or so players that make up a squad. 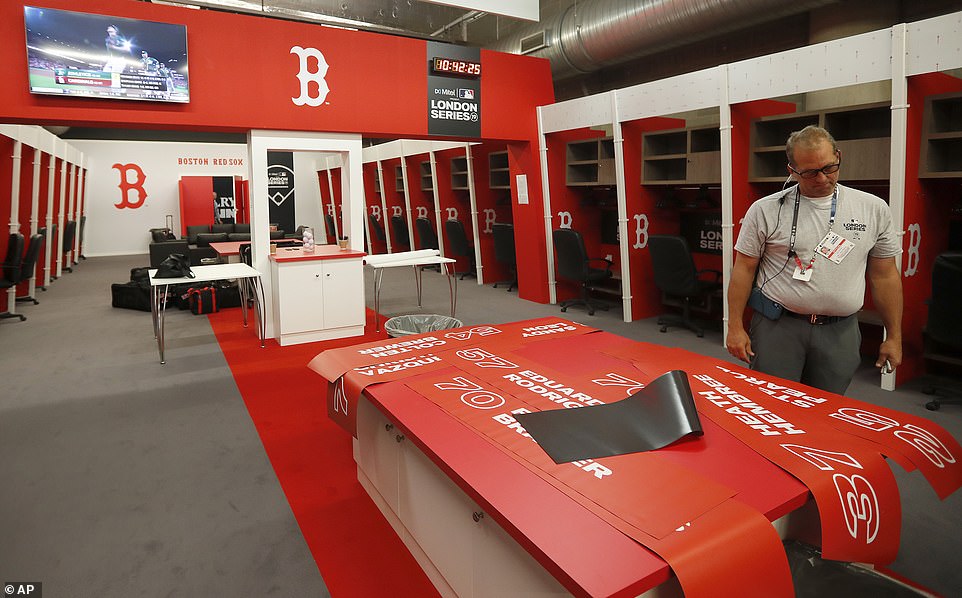 They have their own lockers which include plugs for electrical devices, while food is also served in there and inactive players can be found milling about during down periods.

While lots has been done to get the stadium in shape, there will be just five days allocated to get everything back to normal.

Something worth noting is that it is still unclear how the stadium will impact play. The fact it was built for the Olympics means little wind comes in – to avoid issues with javelins, for example. That could cause flatter play.

The MLB London Series will be the first ever regular season Major League games held in Europe. They take place on June 29 and 30 and feature the Yankees and the Red Sox, two historic sides with a rivalry dating back to the turn of the last century.

GlobalNewsEveryday - October 21, 2020
0
It comes as Greater Manchester is to move into tier three against the wishes of local leaders. By Source link

Sam McCallum admits he is ‘happy’ to be linked with move...