By Will Kelleher For Mailonline

South African superstar Aphiwe Dyantyi faces a four-year ban from rugby after it was sensationally confirmed he had tested positive for performance-enhancing drugs.

The 25-year-old winger, who was voted World Rugby’s Breakthrough player of the year in 2018, failed a drugs test last week when his ‘A’ sample was tested.

He proclaimed his innocence and demanded that his ‘B’ sample was also analysed.

That showed he had three separate banned substances, including anabolic steroids, in his system – all which supposedly benefit muscle-mass, strength and endurance.

Dyantyi was not picked in the Springboks’ World Cup squad earlier this week.

The player can still contest the charge but will have to prove he is not guilty. 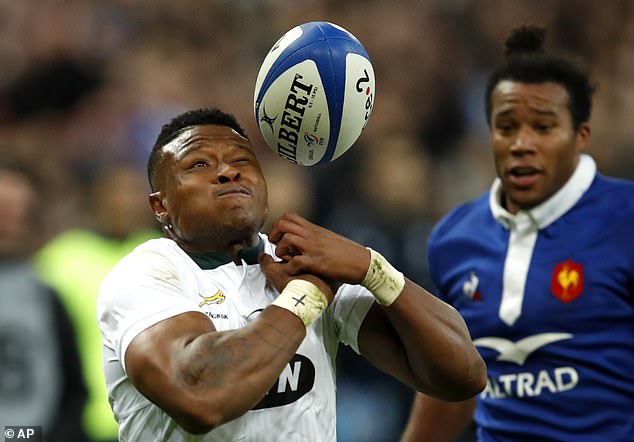 How secure is your messaging app?