By James Ayles For Mailonline

Prince William has outlined his hopes to raise awareness of men’s mental health by having the FA Cup renamed the Heads Up FA Cup.

The Royal has spearheaded a season-long effort to encourage more people to discuss their mental health under the banner of ‘Heads Up’ alongside Heads Together.

In a discussion with Aston Villa midfielder John McGinn, William explained how he wanted to tackle the subject within the footballing community. 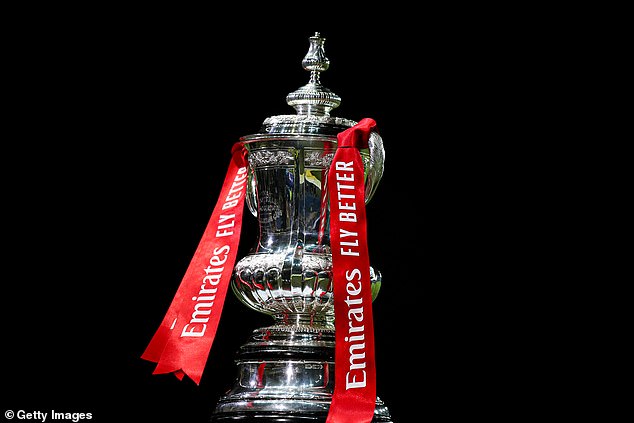 Prince William, a Villa fan, said: ‘I mean hopefully a few people will have seen a bit about Heads Up by now. But effectively it’s been a season long campaign and the idea being that we can get people to talk about mental health, kick off a conversation. I think we built a little bit of a platform with Heads Together a few years ago where we just tried to chip away at the taboo and stigma of mental health.

‘And of the last bastions of maleness that seemed quite difficult was the footballing community. And we felt there was a lot of opportunity here with football, 16 odd million people around the country follow football.

‘So we felt we could use the power of the sport and really elevate mental health to another level and allow people to have that conversation and let people know it’s okay to talk and it’s okay to not be okay and I think those start of conversations have started and I’m hoping culminating in the FA Cup Final being renamed the Heads Up FA Cup, I think that’s a nice thing to hang the campaign on for the year.’ 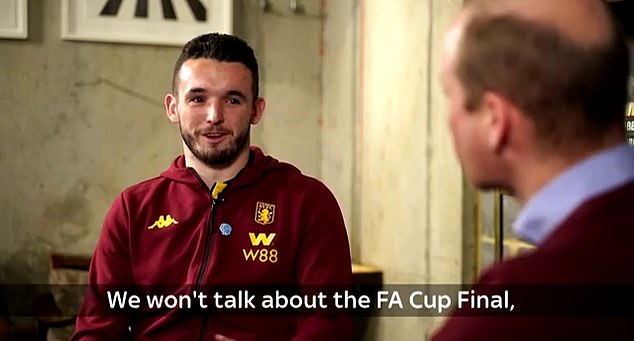 McGinn joked that they would not speak about the FA Cup, having seen Villa eliminated by Fulham in the third round of the competition.

The Scotland international then quizzed Prince William on how a partnership with the FA, Premier League and EFL will help promote the cause.

William said: ‘I think having all the leagues come together, I think that’s very powerful. I think uniting football behind one core message and being able to reach fans, from your fan who wants to live, eat, breathe football and play it everyday to the kind of person who is on the sofa playing Fifa everyday.

‘I think we have to get that full spectrum of fan. I think it’s also about getting role models within football to speak out so it gives permission and approval to those fans to say ‘My heroes, they are talking about it. They are great role models I can do that too. I can go to my teacher, my family my friends and say I’m not feeling so good today I’m struggling with this or this happened at work or at home.’

‘It’s just generally building that conversation up so that people feel they have the ability and permission to speak more openly about it. So you are talking about physical fitness, mental fitness.

‘Once you start speaking like that it suddenly resonates with a lot of professional people as well as it does with people who don’t want to think about their mental health or maybe haven’t thought about it. Once you start speaking about fitness we all want to go to the gym we want to stay fit well why don’t we do the same with our heads.’ 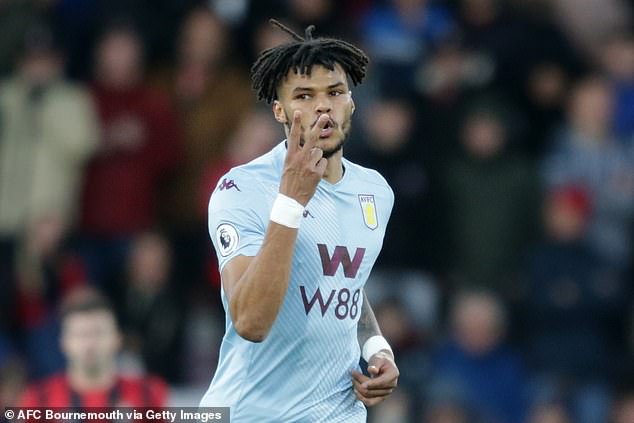 When asked for his favourite current Aston Villa player, the Royal highlighted defender Tyrone Mings and explained how he drew inspiration from the England international’s background and his rise to the top.

‘Current-wise I mean you’re high up there John so don’t worry you definitely get a mention but I want to say Tyrone at the moment.

‘You know why? Because again the story of Tyrone and where he’s come from and what he’s now achieving I’m so proud of him. And he’s been very vocal about his challenges and what he’s done. He’s also very alive in the community, I see his tweets and I see how inclusive he is to everybody and I think he’s a really great role model and I pick Tyrone this time definitely.’

GlobalNewsEveryday - April 16, 2021
0
Former police officer Derek Chauvin has used the 5th amendment in refusing to testify at his trial. Mr Chauvin is accused of murdering George...