‘He was out of this world!’: Olivier Giroud lauded as he scores FOUR in Sevilla rout – with Glenn Hoddle insisting he is still a ‘great asset’ for Chelsea amid January interest from Inter Milan and Juventus

Glenn Hoddle hailed Olivier Giroud’s performance as ‘out of this world’ after he scored four goals in the Champions League against Sevilla with the BT Sport pundit insisting he can be a ‘great asset’ for the club amid January interest from Juventus and Inter Milan.

Giroud, who is being linked with a move to Italy after his representative recently hit out at Frank Lampard for using the French striker so sparingly, was at his brilliant best on Wednesday night as he netted four times – which included a perfect hat-trick –  against Sevilla to help Chelsea secure top spot in Group E.

The 34-year-old was making just his second start of the season but will have given his boss Lampard something to consider after a breath-taking performance in Spain. 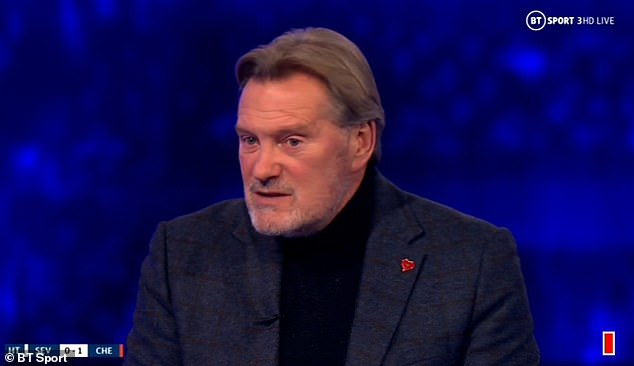 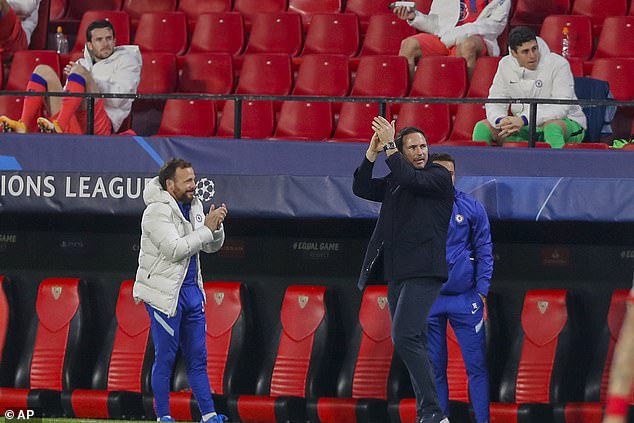 Giroud superbly bent into the corner from inside the box for his first goal before deftly chipping over the Sevilla keeper and heading in his hat-trick in the second half. He then dusted himself off after wining a penalty late on to net his fourth of the night.

Hoddle believes the forward proved just how vitally important he can be for Chelsea and suggested they should not let him leave in the January window despite Timo Werner and Tammy Abraham currently being preferred.

‘He was out of this world, he was brilliant,’ Hoddle told BT Sport before calling for the striker to start against Leeds on Saturday.

‘We said before the game he has to be given a chance to start and that’s why because he is that good. He has to start at the weekend now, he’s scored four goals. I’m not sure Frank would have had him pencilled in to play against Leeds but my word what a performance, different class.’

Hoddle added: ‘Take his goals away, his all-round performance was excellent but when the goals come – and like or it not Leeds that’s how he’s going to be at the weekend – he can’t wait to get back out on the football pitch again.

‘He had a radar on him, people were playing the ball into him, he was flicking them and he’s got that confidence and belief and it’s very hard to leave him out now and he’s earned that by scoring four goals and playing the way he did. 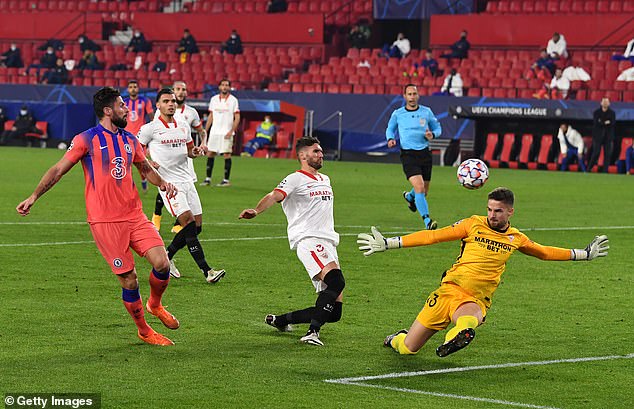 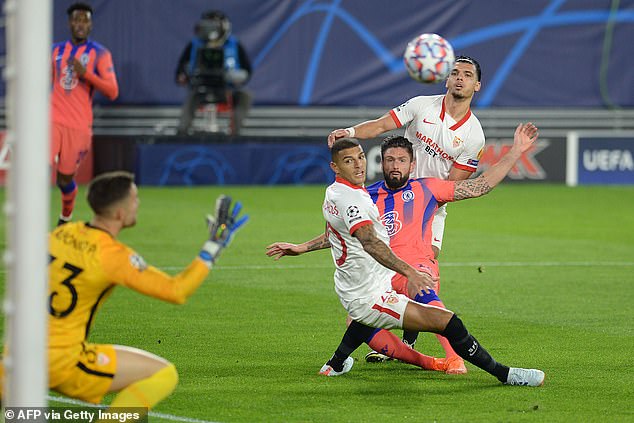 ‘He is a great asset and people look at him as just a target man but he is so much more than that.’

Cole said: ‘He was faultless and flawless. If you’re an Arsenal fan you must be sat at home thinking why did we let him go because he is such a professional, he affects the game, I just think he’s given Lampard a massive headache, a good headache.

‘I mean does he go with Tammy at the weekend? You have to go with Giroud, I mean four goals, he was just incredible, what a player.’

After the game Giroud said: ‘When you win 4-0 a Champions League game away from home it is obviously a good performance. 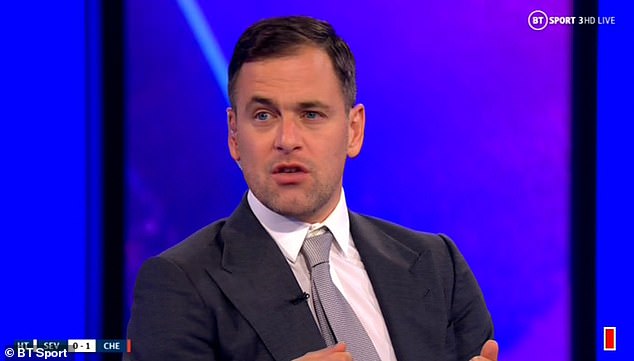 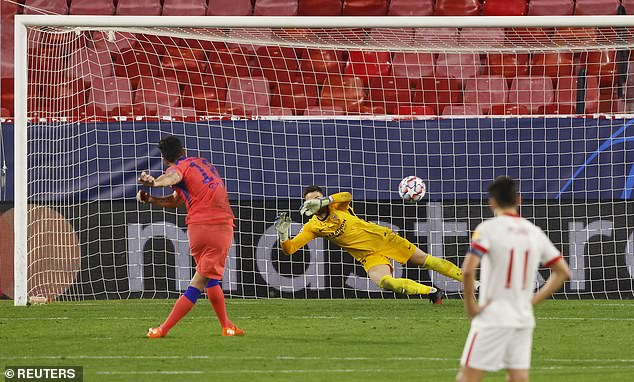 ‘We took the game from the front foot and we were lethal up front and it’s a good night for me because I scored four.

‘I’m pleased to help the team win and score these goals.’

Asked if he expects to start against Leeds in Chelsea’s next match, Giroud added: ‘Let me enjoy the night and we will see what the gaffer’s plan is for the weekend.’

The comprehensive victory in Seville ensured Lampard’s men qualify for the knockout rounds as the group winners.

West Brom 0-5 Manchester City: Blues go top of the league with help of another ‘offside’ goal

GlobalNewsEveryday - January 27, 2021
0
Boris Johnson claimed his government "did everything we could" in the fight against coronavirus - despite the UK's death toll passing...

Gary Woodland holds off Brooks Koepka to win US Open