‘They scored with their first chance 25 minutes after the sending off’: Ole Gunnar Solskjaer bemoans Man United mistakes as top four hopes take a dent after defeat to Wolves at Molineux

Ole Gunnar Solskjaer admitted Manchester United have no room for error in their top-four quest after conceding they blew it at Wolves.

Chris Smalling’s own goal condemned 10-man United to a 2-1 defeat – their third in four games – as they missed the chance to climb back into the Champions League spots.

Scott McTominay’s first United goal put the visitors ahead but Fred’s mistake allowed Diogo Jota to level in the first half and Ashley Young was sent off mid-way through the second half for two bookings in five minutes. 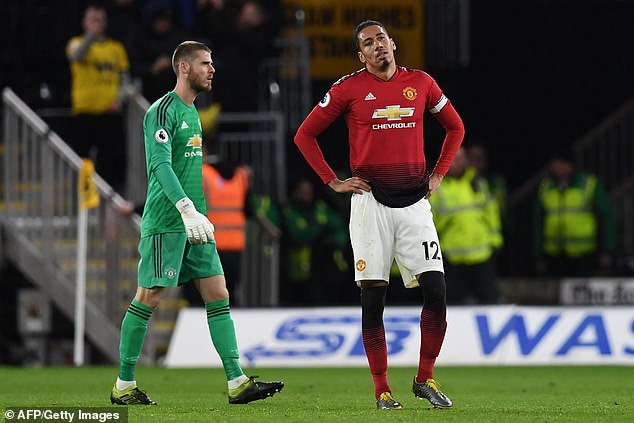 United remain fifth in the Premier League, behind Tottenham on goal difference, with six games left and face Barcelona in their Champions League quarter-final first leg next week.

Solskjaer bemoaned his side’s mistakes by congratulated Nuno Espirito Santo’s side for capitalising when it mattered.

Solskjaer said: ‘It was one of those days where we’ve done more than enough to score three or four goals. Some great chances and some fantastic saves by the [Wolves] keeper. 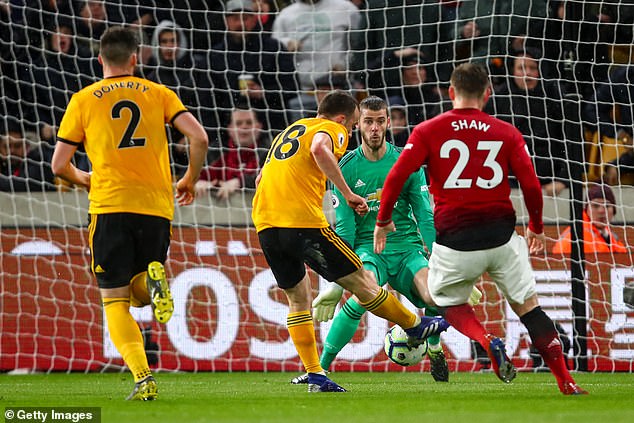 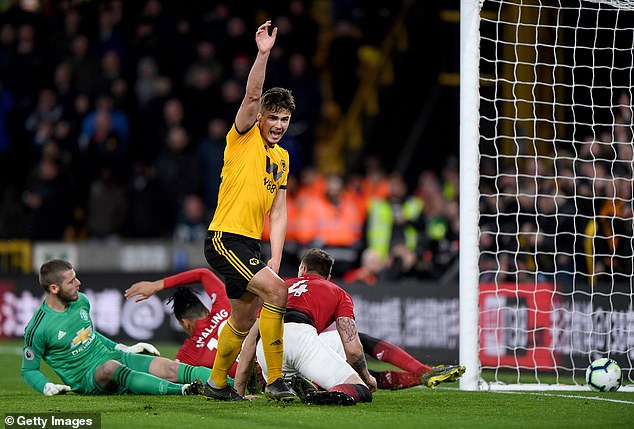 ‘Of course they deserve credit because they’ve scored the goals and pounced on our mistakes. I thought the lads played well today – we created chances, with 10 men as well, they scored with their first chance after the sending off.

‘That’s about 25 minutes after the sending off but the boys have done exactly what they should have done. But we conceded goals, sloppy mistakes and didn’t score ourselves.’

Solskjaer believes United now need to win the majority of their games to secure Champions League football next season.

‘I said we needed 15 points from the last seven games (to make the top four), we now need 15 in the last six, so we don’t have room for many more losses. 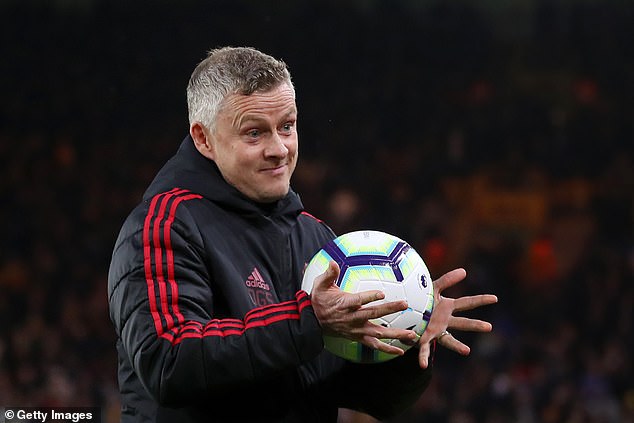 ‘We are a very good team, so it’ll be difficult for anyone playing against us. Our performance deserved the win.

‘We created our own downfall. It was a very good performance until they scored their second goal.

‘But for their keeper we should have won. We created enough chances to win the game so I don’t think there’s any ‘resetting’ (after his fast start as United manager).’

Army speeds up prototypes for its next-gen combat vehicle

Spring brings no respite for NHS in England