‘I think they’re going to come at us strongly this time’: Leicester striker Kelechi Iheanacho expects Southampton to be desperate for revenge after 9-0 thrashing in October but jokes: ‘You never know, it might happen again!’

By Tom Collomosse For The Daily Mail

Kelechi Iheanacho expects Southampton to have a burning desire for revenge when they face Leicester on Saturday.

The Foxes produced one of the results of the season when they won 9-0 at St Mary’s in October, with both Ayoze Perez and Jamie Vardy scoring hat-tricks after the Saints had Ryan Bertrand sent off early on.

Southampton have improved since then, taking 10 points from their last four matches, while Leicester remain the closest challengers to runaway league leaders Liverpool. 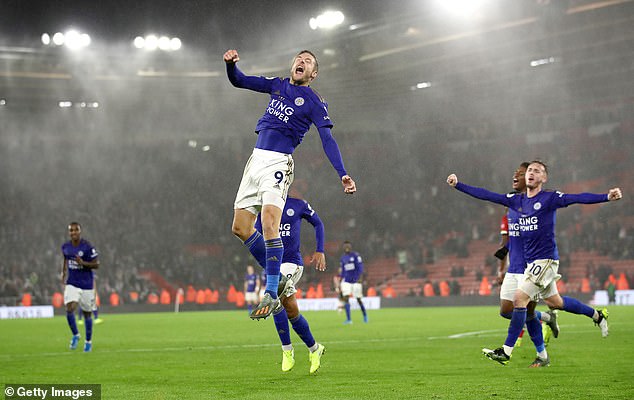 Leicester thrashed the Southampton 9-0 back in October, but the Saints have since recovered 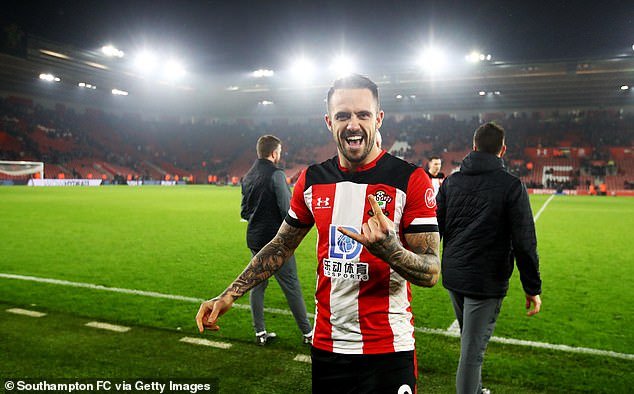 Iheanacho said: ‘I think they’re going to come at us strongly this time. So we’ve just got to focus on our jobs and the things we’ve got to do and make sure we get the three points.

‘They’ve had some impressive results since then and we’re expected a strong game at the weekend, so we’re looking forward to that.’

Rodgers always demands improvement from his players, despite a fine season that also sees them still involved in both cup competitions – Iheanacho’s goal after coming on as substitute secured a 1-1 draw in the first leg of the Carabao Cup semi-final against Aston Villa.

Asked whether the 9-0 scoreline could be repeated, Iheanacho joked: ‘You never know, it might happen again! It’s football – anything can happen’, before discussing his own ruthless form in recent times. 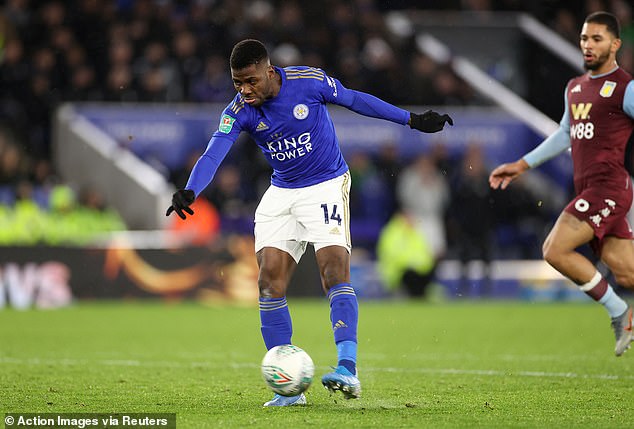 The Nigeria international has been involved in only eight games this season, but has still managed six goals. He has also been a regular scorer in his career against Villa, with two for Leicester this season and a hat-trick for Manchester City in the FA Cup four years ago.

He said: ‘This season has been good for everyone – myself, my team-mates and the staff – everyone has really helped me so we’re happy with this season.

‘I’ve really been working hard and hopefully there’s more of this to come. I work on my finishing every day in training.’

Chancellor: The UK is 'facing a significant recession'