‘In this part I’m a strange person’: Jurgen Klopp is loving the return of the Bundesliga and reveals he wasn’t put off by the lack of fans… because he likes to watch football with the sound switched off

Jurgen Klopp admits he loved seeing football back in his homeland last weekend despite all games being played behind closed doors.

Germany‘s Bundesliga became the first major European league to resume its season after the coronavirus brought the game to a standstill over two months ago.

For the Liverpool boss it was a relief to have the sport he loves back on his screen – and he revealed he is already no stranger to football without fans because he likes to watch without the sound on anyway.

‘Look, I love it,’ he told Liverpool’s official website.

‘In this part I’m a strange person; when I watch football – other games, not our games – I watch them most of the time without sound because I don’t want to hear the commentary, I’m just interested in the game.

‘So now for me it’s completely normal to watch other football games. I love the game, I’m interested in what they do and stuff like this.’

Much of the fallout around the Bundesliga’s return centred around the absence of supporters, with many Ultra groups protesting against its resumption behind closed doors. 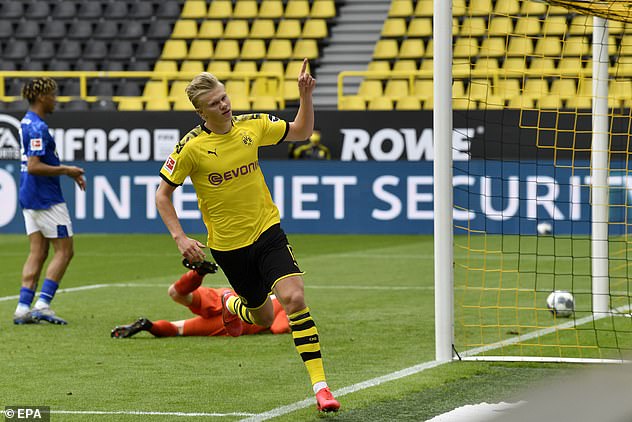 But Klopp sees little point in debating it with fans facing potentially a year before they can attend games again.

He added: ‘I know, football behind closed doors, of course it’s not the same. Why do we have to mention it?

‘We all love it when we have contact, when we get cheered up by the people, when they push us through the yards and all that stuff. We love that but we cannot have it.

Engineers redesign a 1981 DeLorean with self-driving and drifting capabilities

Netball World Cup: Tracey Neville looks to bury the past as...