‘It’s scary being a black man in the US right now… the police are too trigger happy’: Ex-Wales and Blackburn ‘keeper Jason Brown admits he won’t even dare go for a RUN at night near his California home because he’s terrified of being shot dead

By Ben Nagle for MailOnline

Former Blackburn and Wales goalkeeper Jason Brown has lifted the lid on his life as a black man in America and how he fears even going for a run after dark.

The recent death of black man George Floyd at the hands of white police officer Derek Chauvin has sparked a global civil rights movement, while there have also been protests and riots around the country.

Amid the anger and frustration around America, former Premier League goalkeeper Brown admits he has imposed a curfew upon him and his family, as he fears leaving the house after dark. 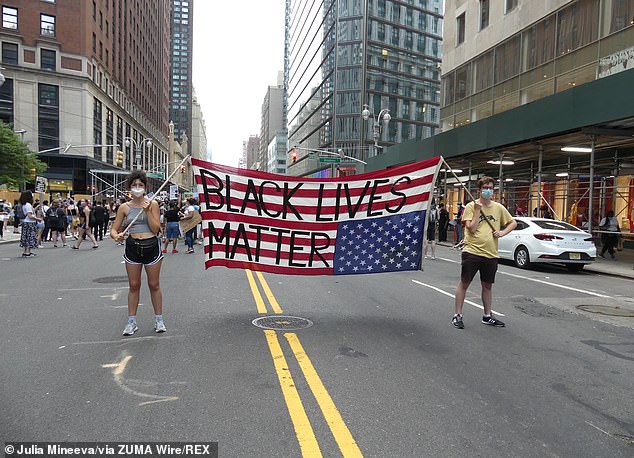 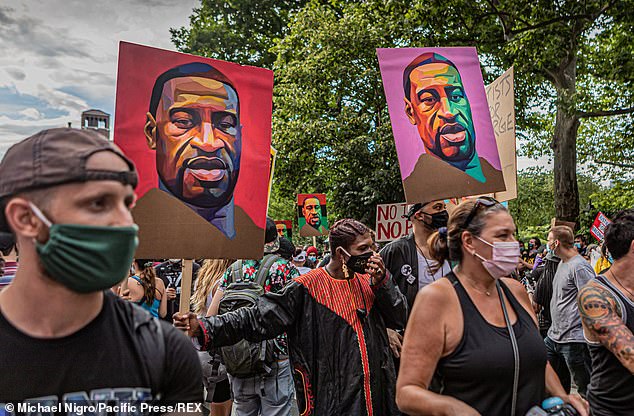 ‘Five black guys that were found hung,’ he told The Daily Mirror. ‘They are trying to play it off of suicide but I don’t buy it. The rate of black people in America choosing to do that publicly in that way has been minimal.

‘Now all of a sudden it is five. So the word on the street is that if you’re a black male, try not to be out by yourself after dark. So I’m not out after dark. When me and my partner are out, I’m like, “Babe, I think it’s time we head on home”. I just don’t want to take a risk.’

In the weeks since Floyd’s death in Minneapolis, more black men have been killed by the police and the Black Lives Matter movement has made headlines around the world. 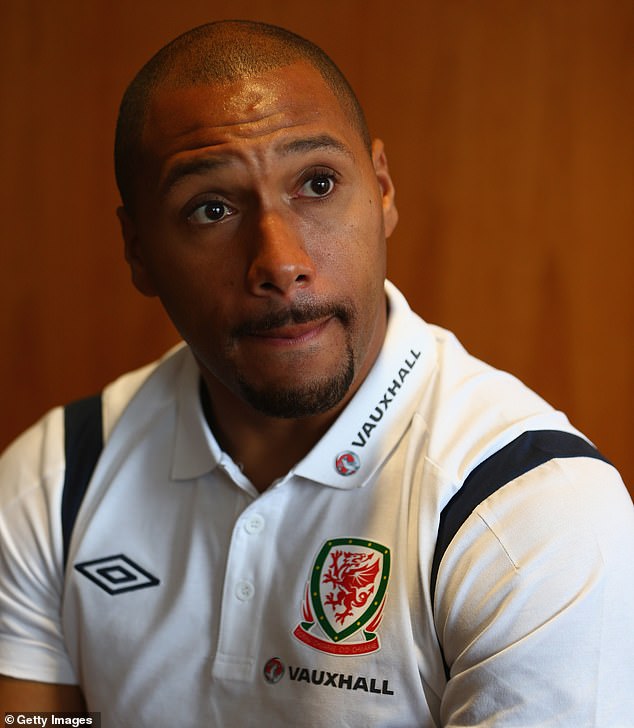 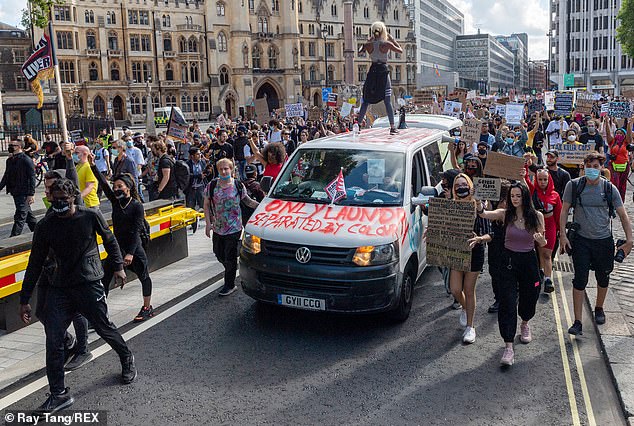 Protests have taken place around the world, including in London (pictured) in recent weeks

Despite the global audience and millions around the world now sitting up to take notice, Brown admits he still fears the ‘trigger-happy’ police in America.

‘As a black man it’s scary,’ he added. ‘I go through a near-daily procedure with my fiancee to remember what to do if the police pull me over.

‘The officers here have guns and you have to be very careful because they are very trigger happy. It’s a great country. I must say that because many people feel like, “Well, why do you want to live there?” 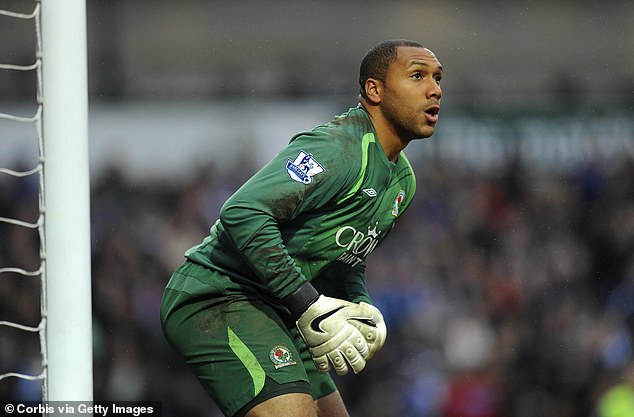 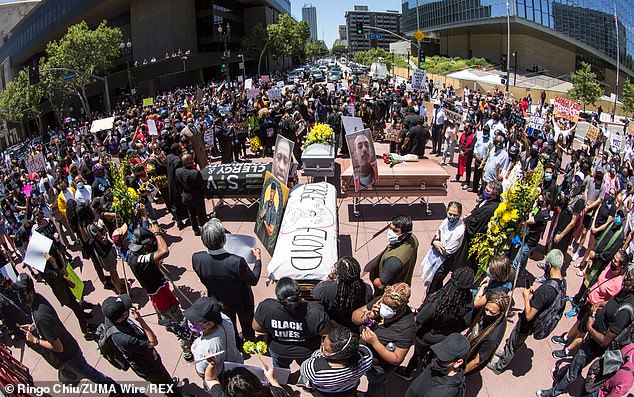 Brown played for Blackburn in the top-flight during a 15-year professional career, while also making a handful of appearances for the Wales national team.

His coaching career has since seen him take in the likes of Bangladesh, Vietnam and Thailand, before moving to America with his partner.

Ex-USA Gymnastics coach arrested in Las Vegas on multiple charges of lewdness with a minor: police

Brexit: How do you delay leaving?

Rift between Trump and Dr. Fauci goes back to April

Rift between Trump and Dr. Fauci goes back to April