By Joe Strange for MailOnline

Golfers have been desperately searching for tee times over the coming days after the Government announced that courses in England could reopen on Wednesday.

Clubs up and down the country have been closed for almost two months as part of the coronavirus lockdown, with many having to furlough staff in order to survive.

But after Prime Minister Boris Johnson announced that courses could welcome players again providing social distancing measures are kept, golf-starved men and women have been racing to book tee times online and over the phone.

A member of ground staff works to get Sunningdale Golf Club in Berkshire ready on Tuesday, with courses in England free to reopen on Wednesday after lockdown measures were eased

Many clubs have experienced huge demand since the news was confirmed on Monday, with some quickly running out of playing slots for the rest of the week.

‘The busiest day we’ve ever had here but also one of the most exciting as well,’ Tim Barnes, the owner/director of golf at Hartford Golf Club in Cheshire, told The Daily Telegraph.

‘The phone has been ringing off the wall all day [Monday]. We have booked about 100 tee-times when we are allowed to reopen on Wednesday, with our members desperate to get back on the course.’

Clubs in Scotland remain closed, while those in Wales will be allowed to open to ‘local member’s from next Monday, May 18.

England Golf, the governing body for amateur golf in the country, has outlined a number of strict rules which must be observed when play resumes on Wednesday. 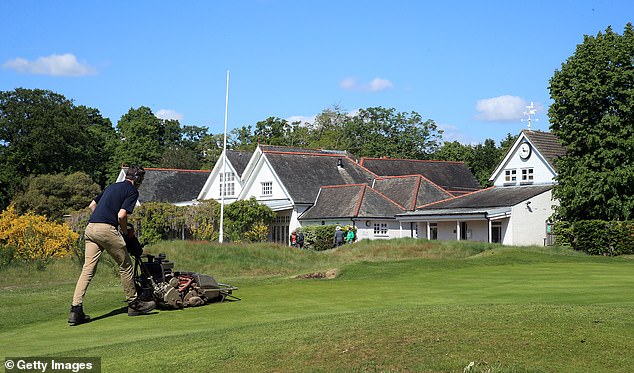 Golfers will be permitted to play alone or with one member of another household, clubhouses will be closed and flags cannot be touched.

Other changes include using your feet to smooth the sand in bunkers rather than a rake, ball-washers being out of use and hole-filling devices being used to stop balls from dropping beneath the surface of the green.

Meanwhile, a golf club which straddles the English and Welsh border is to reopen on Wednesday despite differing lockdown rules for both countries.

Llanymynech Golf Club claims to be Europe’s only dual country course, with its holes split between the counties of Powys in Wales and Shropshire in England. 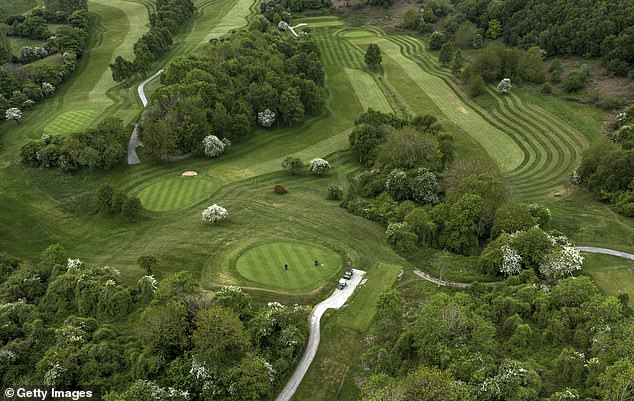 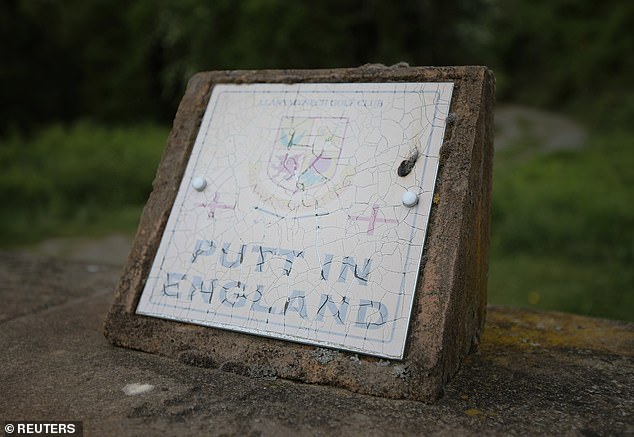 But its location led to confusion about whether it could reopen this week due to a difference in the way lockdown measures are being eased in England and Wales.

The club – which is situated between the towns of Welshpool and Owestry – has now said it will reopen in-line with the measures announced for England.

In a statement on Tuesday, the club said: ‘We have many difficult decisions to make as a golf club in order just to survive without having to deal with governing bodies that fail to agree on suitable, sensible guidelines that not only protect the public, but the very existence of sporting clubs.’

Its course features 15 holes in Wales, two in England and one that crosses both countries, with players teeing off in the former and putting in the latter.

The club said the majority of its 470 members are based in England, adding that the virus had left it in a ‘precarious position’ financially. 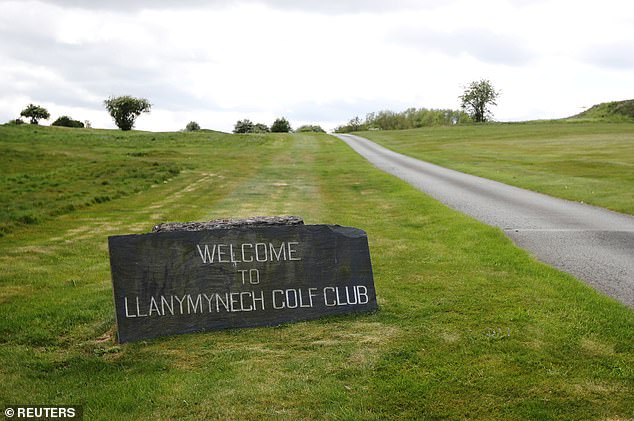 The course covers both England and Wales, with 18 holes spread across Powys and Shropshire

In reaching its decision to reopen, the club said it had followed the guidance of the Shropshire and Herefordshire Union of Golf Clubs and the English Golf Union.

‘This we feel is the best course of action for our club and its members and allows golf to be played within the current restrictions highlighted in the Prime Minister’s statement,’ the club said.

‘The English Golf Union guidelines agreed with the Government are a comprehensive set of rules that will allow a limited amount of golf to be played in a controlled and safe manner.’

The Government’s coronavirus recovery strategy said that from Wednesday recreational activities, including golf and tennis will be permitted in England as long as social distancing guidelines are adhered to.