Raheem Sterling and Jude Bellingham were subjected to vile monkey chants during the game while Sterling was also pelted with plastic cups after opening the scoring.


Players seemed to be shielded from the abuse but the chanting was audible from the stands. Kane and several of his other team-mates all condmned the abuse after the game along with fans and pundits. 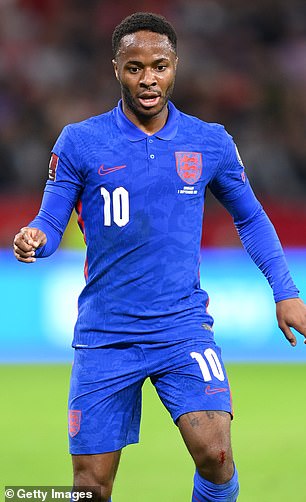 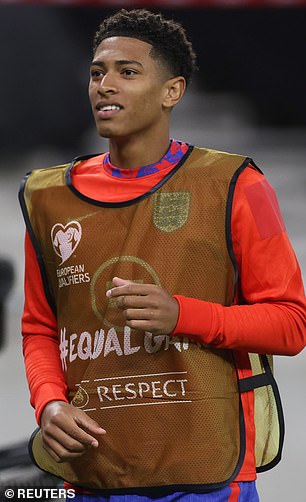 ‘I didn’t hear it,’ Kane told ITV after the game.

‘I’ll talk to the boys and see if they heard it. We’ll have to report it to UEFA as the rules permit and if it was the case then hopefully UEFA can come down strong.’

England’s players were also booed for taking a knee before the game. John Stones insisted the squad would continue to fight for what they believe in.

‘I personally didn’t hear it, I’ve been told about it after,’ Stones said of the abuse.

‘It is so sad to think that this happens at our games and I hope UEFA and whoever needs to take care of it does and I’m sure they will. 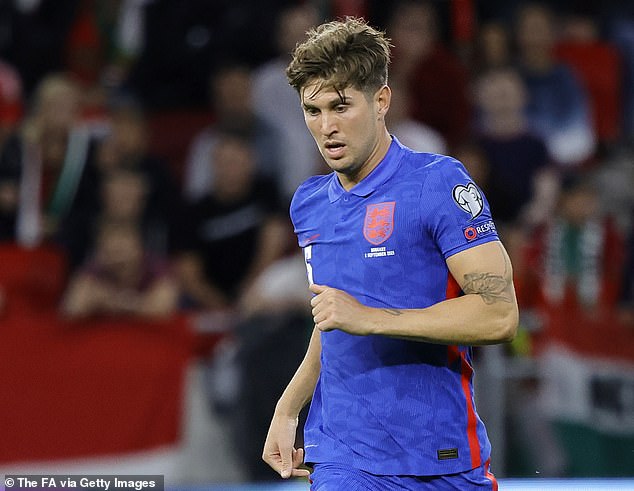 ‘I think we definitely have the mindset of ‘let the football do the talking’ and tonight we did that.

‘We celebrated our goals as if it is the last one we will score and that is an incredible thing to have as a team and as players.

‘We live the game and are so passionate for the shirt and how we conduct ourselves on the pitch. It is our passion, let our football do the talking and that showed tonight.’

‘It’s not acceptable. We have taken our stance, took the knee, right thing, I don’t think the group of players that we’ve had could be doing anything more for that cause.’

Declan Rice added: ‘We spoke about what could potentially happen, we didn’t hear nothing. It’s disgraceful, something needs to happen. They can’t keep doing stadium bans if this keeps happening when we play away in these sorts of places.’ 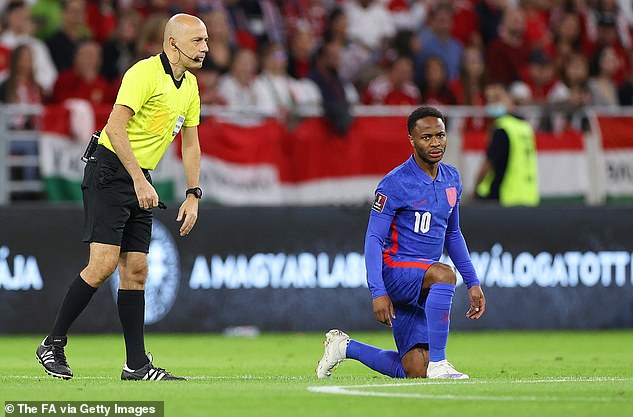 Grealish added his comments on the incident on Twitter, writing: ‘Brilliant win in a unacceptable atmosphere. Well done though boys.’

The Football Association said in a statement: ‘It is extremely disappointing to hear reports of discriminatory actions towards some of our England players.

‘We will be asking FIFA to investigate the matter.

‘We continue to support the players and staff in our collective determination to highlight and tackle discrimination in all its forms.’

Kick It Out chief executive Tony Burnett has urged FIFA to investigate the matter as a matter of urgency.

‘Kick It Out was appalled to see the actions of some Hungary fans,’ he said.

‘We stand proudly in support of the England players and staff, who once again acted with strength, grace and integrity in the face of racism that has no place in our game or our society.

‘This is not the first incident like this in Hungary, so we urge FIFA to investigate this matter urgently.

‘Those responsible need to be held to account and steps need to be taken to ensure scenes like (this) are not repeated.’

The match had been place on a ‘red list’ by FIFA due to a high risk of racist and homophobic abuse following conduct by Hungary supporters during their Euro 2020 campaign this summer, which saw the team handed a three-match stadium ban by UEFA after incidents against France and Portugal.

The third game of the ban is suspended for a probationary period of two years, with Hungary also instructed to display a banner promoting equality at future matches.

In addition, the Hungarian Football Federation was given a £85,500 fine for the number of fan infringements.

However, Hungary were able to play in front of 67,000 spectators at the Ferenc Puskas Stadium in Budapest against the Three Lions because they were playing in a competition run by FIFA.

‘You can’t believe that two organisations can’t get together and ban them,’ Wright told ITV. 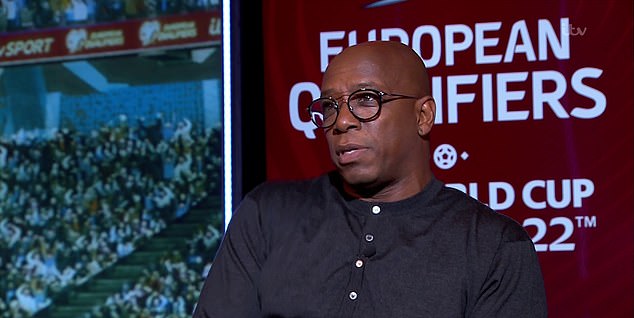 ‘We do have our own problems, but it doesn’t mean you can’t condemn that sort of behaviour.’

Lee  Dixon added: ‘That is ridiculous that you can be banned from one organisation and have a full stadium with another. When he [Sterling] gets up and looks up, and turns around looking at the referee almost as if he should say anything.’

Wright then replied: ‘What would be the point of saying anything for Raheem? When the two organisations can’t work together, it’s pointless. The armbands, gestures, they don’t do anything, laughable, you’ve got to come down hard on people.’

‘But once again, our England team are subjected to disgusting racist abuse. Completely unacceptable behaviour.

‘Strong action must be taken against Hungary to protect players and show racism has no place in football.’

‘The England players to a man behaved impeccable, tremendous respect to everyone. Oh & by the way it was 4-0.’

Fans also took to Twitter to call out the abuse directed at England’s players. 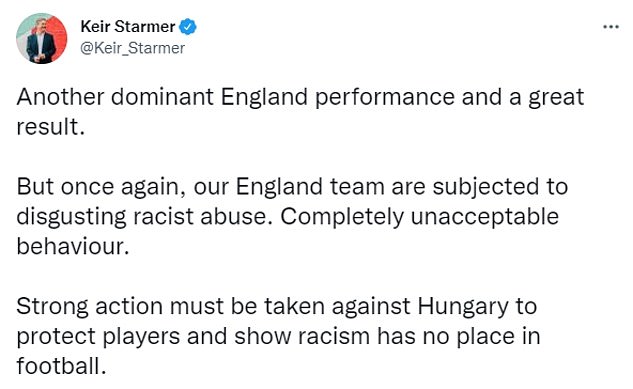 One supporter wrote: ‘Football against racism. OK. Remove Hungary from any and all international matches. No ifs or buts. A complete blanket ban on that country for 12 months. minimum’

Another said: ‘FA should be telling UEFA they won’t play another game in Hungary.

‘Time we actually did something to combat racism instead of empty gestures.’

Another account added: ‘With confirmation of more racist chants from Hungary fans against Sterling & Bellingham it’s time for proper action from the game’s governing bodies.

‘Stop the fines and the ‘closed door’ games and simply throw countries like this OUT of the tournaments until they sort it.’

Dawid Malan knows only big runs will do as batsman targets...