The moment when Jose Mourinho ‘killed’ Cristiano Ronaldo despite scoring a hat-trick: Emmanuel Adebayor reveals all about Portuguese duo during time at Real Madrid

By Peter Rutzler For Mailonline

The former Arsenal, Tottenham and Manchester City forward played for Real Madrid on loan for half a season in 2011, where he worked under Mourinho and alongside five-time Ballon d’Or winner Ronaldo.

The Togolese forward made 22 appearances in all competitions during his temporary stay at the Bernabeu, scoring eight goals. 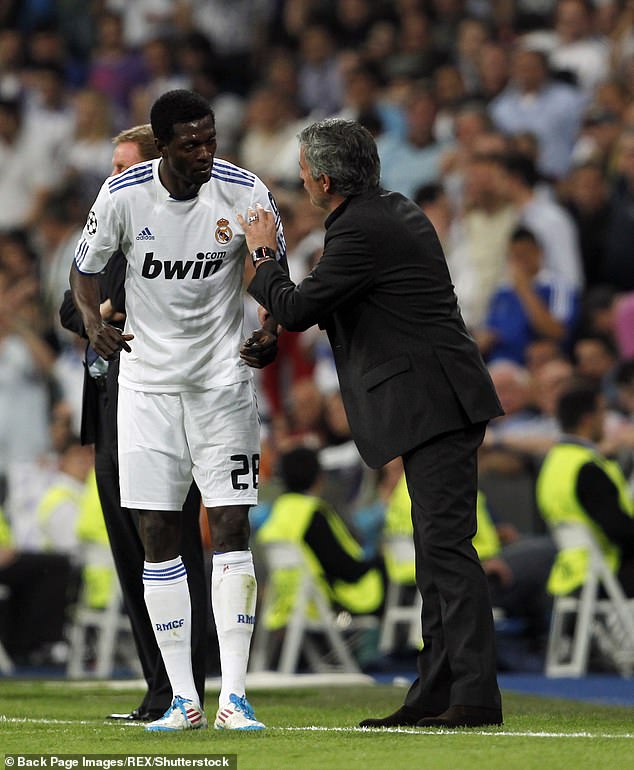 And speaking in an exclusive interview with Sportsmail, Adebayor discussed the managerial style of serial-trophy winner Mourinho, as well as the 56-year-old’s relationship with compatriot and star man Ronaldo.

‘At Real, we were winning 3-0 at half-time. He (Mourinho) came into the dressing room and went mental. He kicked the fridge, kicked the television, threw water.

‘He killed everyone. I remember he once killed Ronaldo after he scored a hat-trick. He said: “Everyone says you are the best in the world and you are playing badly. Show me you are the best.”

‘Cristiano took it. Ronaldo could score a hat-trick but talk about the one he missed.’

Ronaldo went on to finish that season with 53 goals to his name in a season that produced just the one trophy, the Copa del Rey. 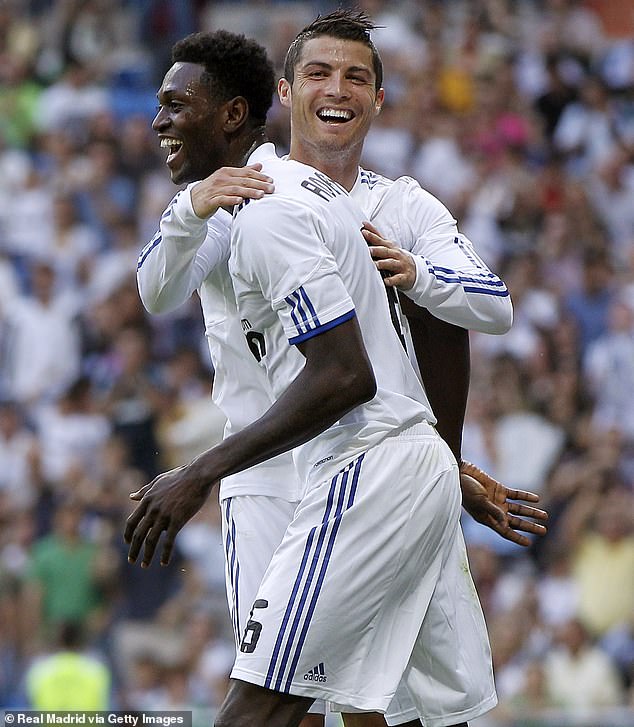 Madrid were pipped to the La Liga title and knocked out of the Champions League by Barcelona, while Ronaldo lost out in the Ballon d’Or stakes to Lionel Messi – who also netted 53 goals in all competitions that season.

Ronaldo was about to enjoy unprecedented individual success in the years that followed, and Adebayor spoke about his phenomenal ability – both physical and technical – which he witnessed firsthand in the Spanish capital.

‘He trained with us at Real Madrid as though he was training with his kids,’ added Adebayor.

‘Passes with his back, control with his neck.

‘He once kept the ball for five seconds with one touch! How is that even possible?

You can read Sportsmail’s full, wide-ranging interview with Emmanuel Adebayor by clicking here.

Bryce Harper will save millions in taxes by signing with Phillies instead of Dodgers, Giants: report

GlobalNewsEveryday - September 28, 2020
0
The resort opened what it claims are the world's largest one- and two-bedroom overwater villas on September 25. Exactly how big is big?...

Vikings to honor family of George Floyd at season opener