By Chris Foy for the Daily Mail

Rugby’s establishment were urged not to write off Georgia‘s case for inclusion in the Six Nations based on what is sure to be a mis-match against England on Saturday.

Former Ireland fly-half and Gloucester director of rugby David Humphreys has been brought in by World Rugby to act as a consultant for Georgia ahead of their Autumn Nations Cup campaign — which starts with an in-at-the-deep-end fixture at Twickenham.

Georgia are desperately short of game-time and also experience during a period of transition, but they could not decline the offer to take part in this event with the Northern Hemisphere elite. 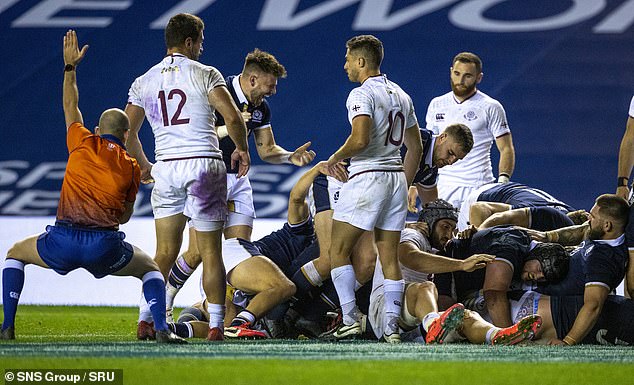 The Lelos are in limbo — too strong for the continent’s second tier Test championship, having won the title in 11 of the last 13 years, but barred from a shot at entry into the Six Nations. That competition remains a cosy, closed shop despite Italy’s dire record over several years.

When Covid concerns forced Japan to reject their Autumn Nations Cup invitation, Georgia were asked to fill the gap. All of a sudden, they were scrambling to prepare for an assignment that is daunting but also significant.

Their performances and results over the coming weeks will be seen as a gauge of their readiness to take a place at the top table.

But Humphreys has insisted short-term difficulties should not deny the Georgians long-term opportunities.

He said: ‘The lack of preparation Georgia have had means it is going to be very tough for them. But they have been looking to play at a higher level, so this was an opportunity they simply could not turn down. They can’t be judged solely on the results. They have a very young squad full of players who have done very well at Under 20 level but have lacked exposure to this level. A lot of Georgian players haven’t played much rugby since February or March. Even the ones who are at top clubs in France have had very limited game-time.

‘A lot of the leading props are injured and a lot of the players they built their team around for a number of years retired after the World Cup.’

Georgia are not expecting to upset England on Saturday in the first clash between the nations outside of World Cups. Instead, they will seek to re-establish traditional set-piece foundations after their scrum and lineout trouble during the recent 48-7 defeat against Scotland at Murrayfield.

Their objective will be to generate momentum before a potential finals-weekend clash with Italy — pitting the Six Nations’ weakest link against the pretenders to their elevated status.

The magnitude of that occasion would not be lost on the Georgia players, coaches and staff, their union and their fervent fans.

‘By then, hopefully we will have the players really fit and all available for a game that will probably be much more important, in terms of the result, than how we perform against England, Ireland and Wales,’ said Humphreys.

‘There’s enormous excitement about this tournament. The players and staff can’t wait to be part of it. As a rugby country, Georgia are ambitious, they are well funded by the government and it’s a very popular sport. 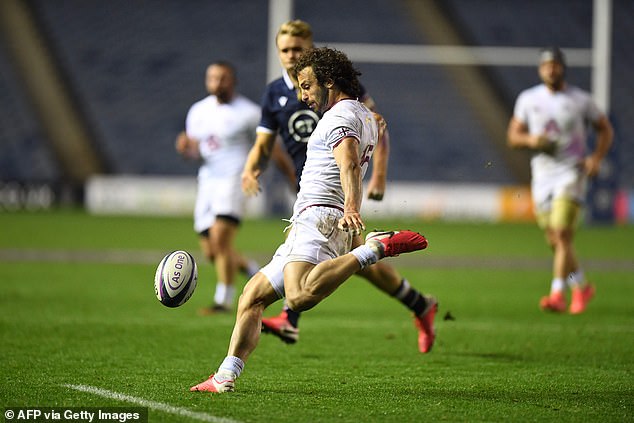 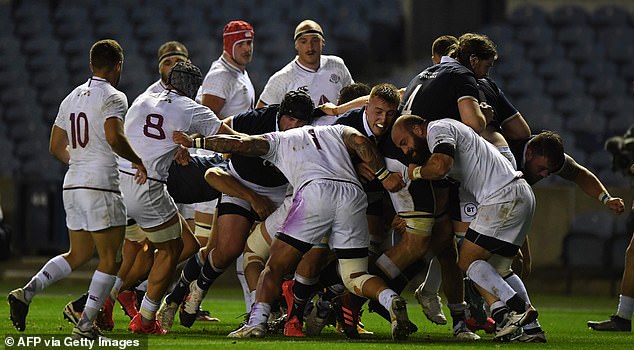 ‘They have good players coming through and good facilities. Everyone knows that when they play Russia, they have 50,000-60,000 people watching those games — and they believe that the demand would be even stronger if they were in the Six Nations.

‘But taking part in this tournament will come as a shock. It will show Georgia’s players and staff what they need to do so that — whatever the timeline is — they can fulfil their ambition of playing Six Nations rugby.

‘World Rugby want to expand the game beyond the established nations. Georgia are almost stuck in a vacuum, but it’s not just a case of saying ‘Georgia should be in the Six Nations’. They have to take steps to get that chance and there are a lot of hurdles.

‘But in Georgia there is a huge appetite to clear those hurdles because they do believe, long-term, they have huge potential.’

That potential may not be too apparent on Saturday, as England are bound to outclass their opponents. It might become slightly more apparent against Wales in Llanelli a week later and then against Ireland in Dublin on November 29.

But what Georgia need is for their potential to come to the fore if they go on to face Italy. That would be a match of colossal magnitude — an ideal stage to make a statement that they deserve to be in this company.

Where to Get a Free Passport Photo in New York City

GlobalNewsEveryday - June 16, 2021
0
The government is accused of breaching the Equality Act by failing to provide sign language interpreters. By Source link

Lucas Moura suggests Mauricio Pochettino played him out of position as...

Wigan vs Man City: Will Grigg TAUNTS Pep Guardiola’s side after...