By Lawrence Booth for MailOnline

Cricketers will no longer be able to use saliva to polish the ball as the game’s authorities react to the threat posed by the coronavirus.

In addition, two home umpires will be allowed to stand in Test matches for the first time since 1992, a short-term move designed to limit travel by match officials during the pandemic.

The recommendations by the ICC’s cricket committee, chaired by former Indian leg-spinner Anil Kumble, seem certain to be approved by the chief executives’ committee in early June, which means England’s scheduled ‘biosecure’ Test series against West Indies is set to be umpired by English officials.

But in a bid to quell any grumbles about hometown decision-making, the cricket committee has also recommended each team be allowed a third unsuccessful review per Test innings – one more than DRS regulations currently allow.

Meanwhile, the decision to ban saliva – a traditional means of helping the ball to swing – comes amid calls to legalise ball-tampering, notably from former Australian captain Ian Chappell.

The application of sweat, however, will still be permitted after the committee heard medical advice that it is ‘highly unlikely that the virus can be transmitted through sweat’. 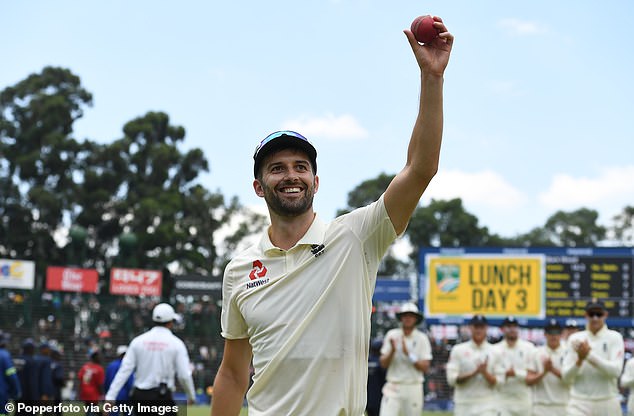 The application of sweat will be permitted, however, with officials acting on medical advice

Coronavirus: Some workplaces in Wuhan to re-open – BBC News