By Harry Slavin For Mailonline

Frank Lampard was spotted out for lunch with former Chelsea colleague Didier Drogba on Tuesday afternoon, as he closes in on the top job at Stamford Bridge.

The former midfielder has been heavily linked with the managerial role at Stamford Bridge, with Maurizio Sarri on the verge of returning to Italy to manage Juventus.

Lampard has impressed in his first spell in the hotseat at Derby County, guiding his side to the Championship play-off final last month, where he lost out to Aston Villa and ex-team-mate John Terry, the assistant at Villa Park. 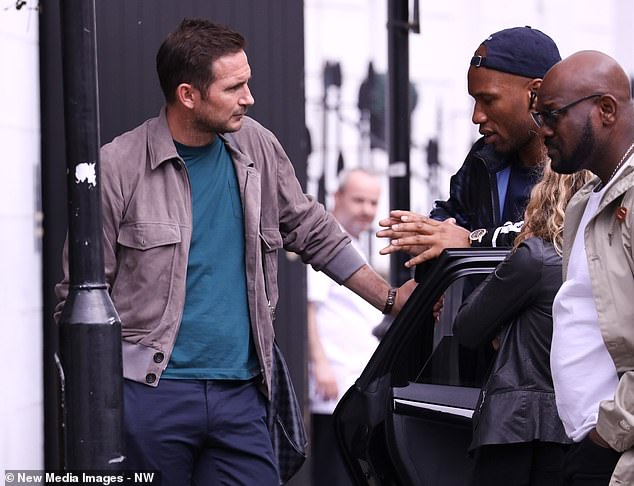 And it was another familiar face he sat down with in Knightsbridge as news broke that the 40-year-old had held talks with the club over the vacant position.

Spotted standing by a car in west London, Lampard struck a relaxed pose as he listened to Drogba, perched on the door of the Audi A3.

The pair played together for eight years at Stamford Bridge between 2004 and 2012.

They won three Premier League titles during that time, and also lifted the Champions League after beating Bayern Munich in 2012. 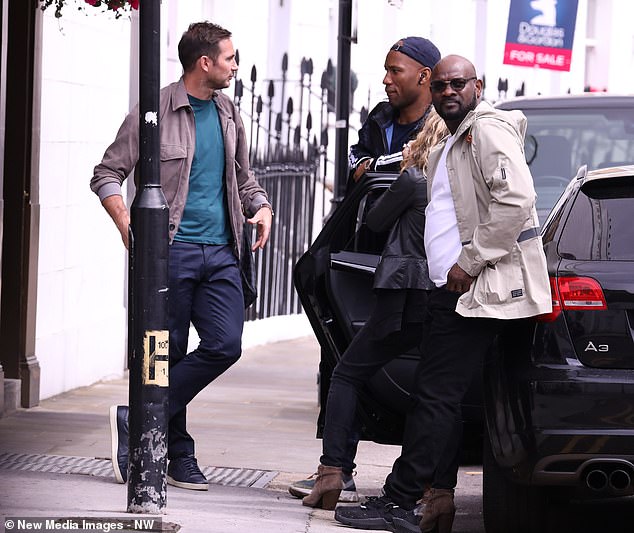 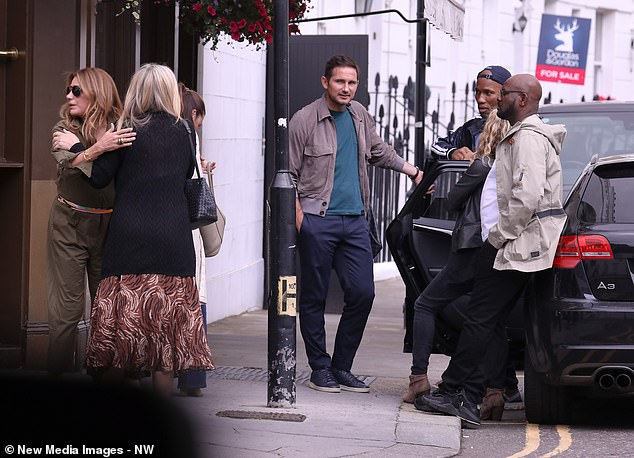 Lampard is currently odds on to take over from Sarri for next season.

Others, such as Massimiliano Allegri and Ajax boss Erik ten Hag have caught the eye of the top brass at Chelsea.

However, it is thought that a number of big names are concerned by the club’s impending transfer ban. 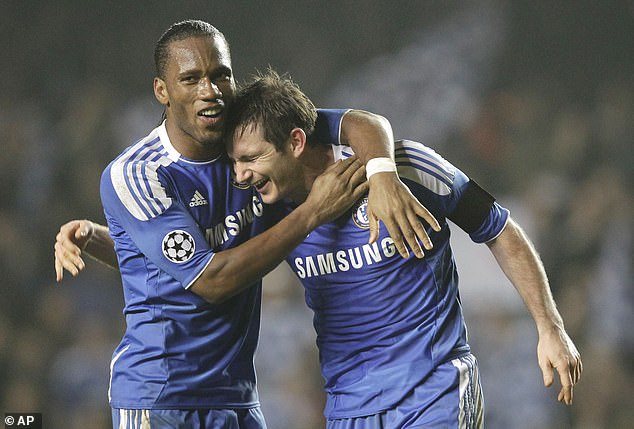 Lampard and Drogba spent eight seasons together at Chelsea, winning 12 trophies in that time

Real Madrid news: Why Lionel Messi has been discussed in Neymar...