Barcelona‘s hopes of winning LaLiga this season are ‘practically over’ in the eyes of midfielder Sergio Busquets following a damaging 3-3 draw with Levante.

The Catalan side had the opportunity to temporarily go top of the table but they threw away a two-goal lead at the Estadi Ciutat de València and paid the price as they returned with one point, instead of three.

For Busquets, who has won eight LaLiga titles in his time at Barcelona, the damage is likely now irreparable with two games remaining. 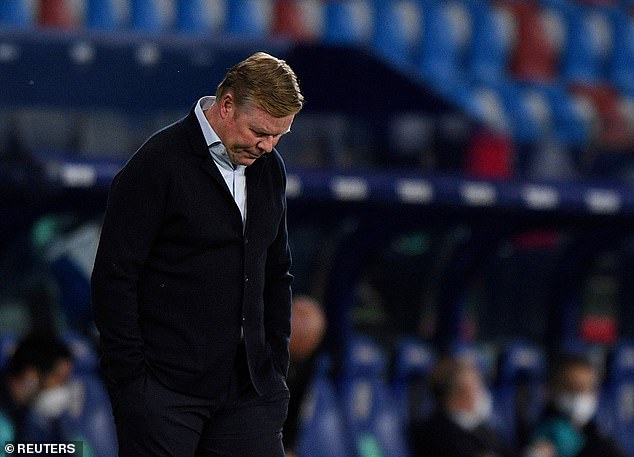 ‘We don’t have much of a chance now,’ Busquets told Spanish TV station Movistar.

‘It will depend on our rivals, but this is our own fault, [bad] decisions, a lack of concentration. We concede goals too easily.

‘We don’t feel good because it was always going to be difficult, but we wanted to put pressure on those at the top. We had the lead, but as has happened this season, [Levante] scored goals too easily.

‘The point doesn’t mean much because that’s the league practically over for us. We’ve dropped too many points to fight for the title.’ 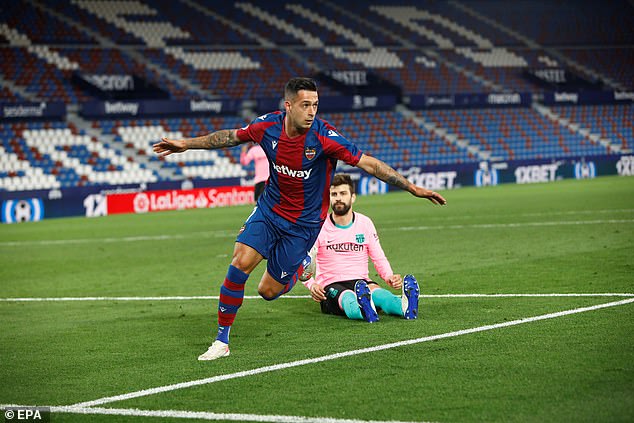 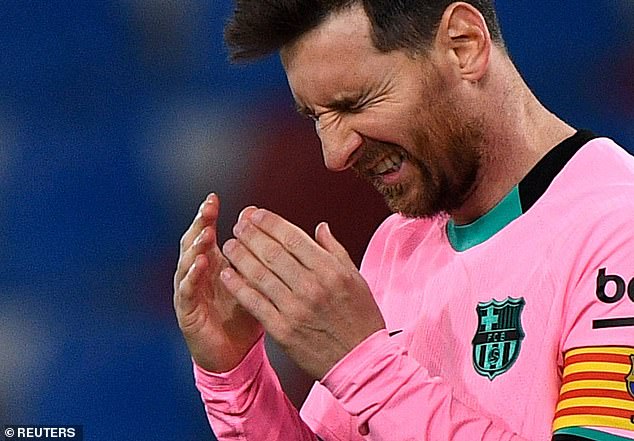 It has handed aa big advantage to Atletico Madrid, who currently sit top, ahead of their match with Real Sociedad on Wednesday.

Diego Simeone’s side can open up a four-point gap on Barcelona with a win at the Wanda Metropolitano.

Barcelona appear to have run out of steam at the worst possible time having won just one of their last four LaLiga matches during the run-in.

As well as the draw with Levante, Barcelona were beaten at home by Granada as well as being held 0-0 at the Nou Camp by Atletico.

Manager Ronald Koeman had talked in recent weeks about staying at Barcelona next season but this latest collapse has brought his future into sharp focus.

On Monday he suggested his position is safe to see out the second year of his two-year contract but the draw with Levante raises doubts over his capabilities to take this squad to a title. 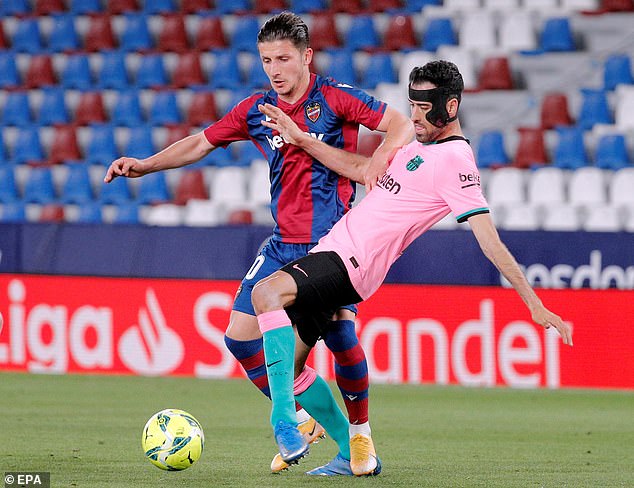 ‘As a coach you are the most responsible,’ the ex-Southampton and Everton boss conceded after the 3-3 draw.

Lionel Messi’s superb volley was added to by Pedri, only for Gonzalo Melero and Jose Morales to draw Levante level before Dembele and Leon traded goals.

Koeman said on the game: ‘We were good in the first half but in the second half we lost a lot of dangerous balls, we lowered the intensity. We made a lot of mistakes in defence. We were not attentive.

‘The games last 90 minutes and we lost a lot in the second half. It is very disappointing. It is difficult to explain what has happened. 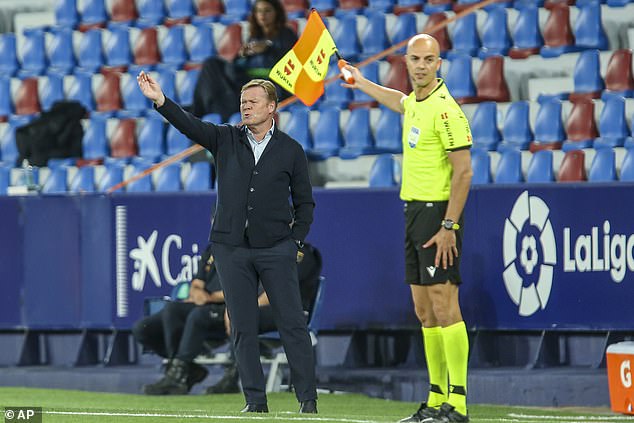 As Jennifer Aniston turns 50, we chart the star’s most memorable looks of all time

The Tide Is High (Really), but Debbie Harry Is Staying Put