By Paul Newman for the Daily Mail

Australia had the perfect tune to accompany their first Test victory in their Edgbaston dressing room.

The Aussies sang along to Sweet Caroline, pinching the Neil Diamond classic that has become synonymous with our own Bumble and the good times in English cricket never feeling so good.

Their feel-good factor will extend to Worcester on Wednesday where Australia will have the luxury of leaving out Steve Smith, David Warner, Nathan Lyon and Pat Cummins from their tour match and provide red-ball practice for those who missed out in Birmingham.

Clearly there is no need for Smith to practise after producing one of the great Ashes performances in his comeback Test.

‘I said during our summer that Virat Kohli is the best player I’ve ever seen but that’s just another level,’ Justin Langer, the Australia coach, said of Smith.

‘To play the way he did here with all the pressure and everything on him was not only great skill but enormous courage and character. He had all the traits of a truly great player.’

There was also praise for one of the least-heralded figures in their camp, Tim Paine, who clearly has the full backing of his coach.

‘He’s a brilliant leader, a great bloke and the best keeper in the world,’ Langer said. ‘There’s no way he’s going to let this slip now, and I guarantee I won’t either.’ 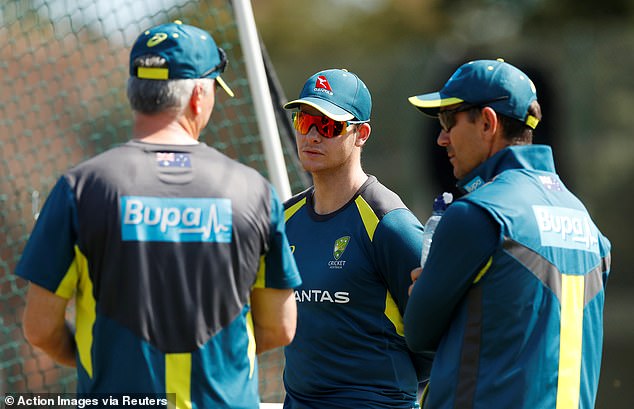 Husband of Southwest Airlines victim speaks out about tragic incident

GlobalNewsEveryday - September 28, 2020
0
A coronavirus vaccine mass roll-out across the UK could reportedly be delayed by up to two years due to Government failures...

Roger Federer and Rafael Nadal tipped to prolong careers due to...