Health tracking toilets could be the key to spotting diseases by monitoring and tracking faecal matter.

Although the technology does not exist as of yet, Berry says that he would love to see medical-technologists design hardware with features that monitor and diagnose gastrointestinal disease

‘Bowel habits is a big one,’ he says.

‘It’s also arguably among the most impactful and actionable data.

‘Both doctors and patients could benefit if we figure out a way to stop flushing away some of our most vital health information.’

Although the technology does not exist as of yet, Berry says that this is the invention would be a key opportunity for doctors to monitor gut health. 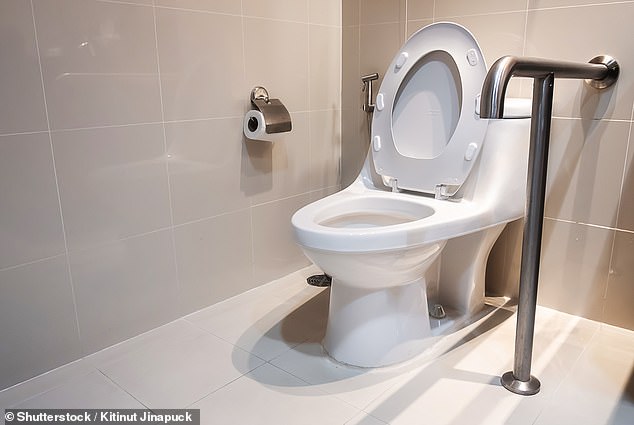 Mr Berry says that currently doctors rely on what patients tell them but there are many problems in this.

‘Patients frequently can’t remember whether they had a bowel movement.

‘Doctors ask patients questions about their bowel movements and other details, consistency, color, blood, and so on, but we currently rely a lot on anecdotal information from patients or nurses.

‘This seems bizarre in a world where other data is collected by technology.

‘Elderly patients with dementia frequently go days without a bowel movement, putting them at risk for intestinal perforation and severe infection.’

He says that the obvious solution is an upgrade to the toilet which has not been significantly improved upon for hundreds of years.

Smart toilets do exist and are ubiquitous in places like Japan but they are more hygiene focused with features such as warm-water washing, air drying, and heated seats.

Toilet manufacturing giants Toto and Matsushita have made ‘a step in the right direction’ when they released WiFi-connected toilets that measure body mass index, biochemical makeup sugar, protein, flow rate, and temperature of urine. 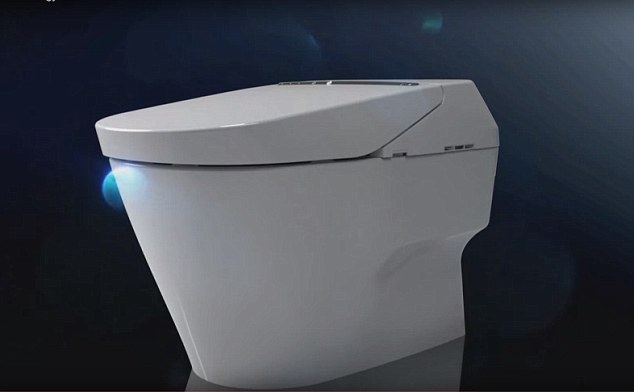 The Neorest 750H, by Toto (pictured) is a high-tech ‘intelligent’ toilet which opens its lid when it sees you coming, closes when you leave, and cleans itself after every flush. Mr Berry says that toilet manufacturing giants have made ‘a step in the right direction’

Inui Health recently announced FDA approval for its smartphone-connected urine analysis which can detect bladder infections, pre- and gestational diabetes, and kidney disease, all in the comfort of one’s home.

‘None of these have been incorporated into a single toilet, leaving a wide open opportunity for entrepreneurs,’ says Mr Berry.

‘Patients of all ages and socioeconomic classes experience gastrointestinal symptoms, and we are well aware of the diet’s impact on our overall health.

‘I see a lot of potential in measuring hormone fluctuation with menstrual cycles for family planning, or skin-sensing electrocardiograms.

‘I also see patients using a ‘smart toilet’ to take better control of their own health and well-being, including their diet, if one were made available.’

What is bowel cancer and what are the symptoms?

Bowel, or colorectal, cancer affects the large bowel, which is made up of the colon and rectum.

Most cases have no clear cause, however, people are more at risk if they:

More than nine out of 10 people with stage one bowel cancer survive five years or more after their diagnosis.

This drops significantly if it is diagnosed in later stages.

According to Bowel Cancer UK figures, more than 41,200 people are diagnosed with bowel cancer every year in the UK.

It affects around 40 per 100,000 adults per year in the US, according to the National Cancer Institute.

What can you use instead of Google and Facebook?

Astronauts may have to eat a spread made from faeces