Facebook already knows a lot about us, but it could soon be able to guess your income, if a newly patented technology ever comes to fruition.

The social media giant wants to build a system that collects users’ personal data, such as education, homeownership and internet usage, in order to predict their socioeconomic status.

The filing suggests an algorithm that may help improve Facebook’s targeting capabilities, so that it can serve up more relevant advertisements to users.

Facebook has developed a way to track your socioeconomic status, according to a new patent. The system collects user data on things like homeownership, education and internet usage

A decision tree starts by asking what the user’s age is and, from there, asks a question that would be seemingly relevant to that user’s age group.

Other information that’s considered is a person’s travel history, what kinds of devices the user owns, how many internet connected devices they own and what their highest level of education is.

At the bottom of the decision tree, a question asks ‘What is the probability that the user is in the middle class?’

The patent notes that, generally, a user’s socioeconomic group is tied to a user’s income. 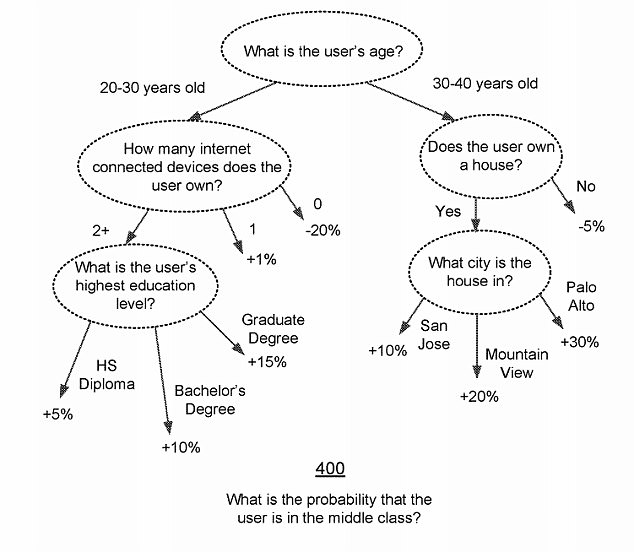 Pictured, a decision tree begins classifying users based on their age. From there, it asks a series of questions based on age group, such as ‘Does the user own a house?’

CAN FACEBOOK PREDICT HOW RICH OR POOR YOU ARE?

According to the patent, it would refer to user data like homeownership, internet usage, how many devices they own, education and other factors

It would also improve the firm’s user tracking capabilities

But unsurprisingly, Facebook acknowledges that users might not be comfortable offering up how much they make per year.

So instead, Facebook is side-stepping questions about income and using other personal data to make conclusions on its own.

It not only uses data supplied by users on the platform, but can also refer to ‘actions performed by the user on [Facebook].’

‘By predicting the socioeconomic groups of users, [Facebook] is able to help the third party present sponsored content to the target users,’ according to the patent.

‘Third parties are able to effectively promote their products or services, and the online system can provide a more engaging user experience to users,’ the filing notes.

Facebook would use the decision tree to group users into three classes — working class, middle class or upper class. 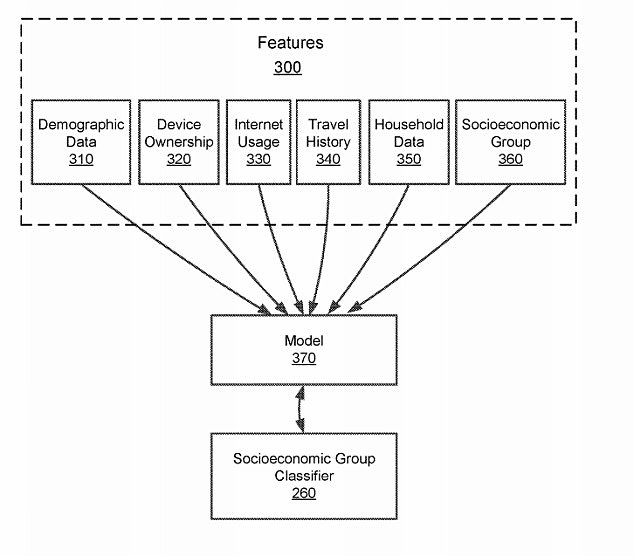 Facebook acknowledges that users don’t typically want to share their income on the internet. So instead, it collects user data like a travel history, internet usage and device ownership

It’s unclear if the patent will ever actually be used for user targeting, however.

‘We often seek patents for technology we never implement, and patents should not be taken as an indication of future plans,’ a Facebook spokesperson told The Hill.

Facebook has already been criticized for knowing too much about its users, with many arguing that it doesn’t respect user privacy.

The firm has filed other patents related to user tracking, including one that described a system meant to detect and respond to users’ emotions, according to CBInsights. 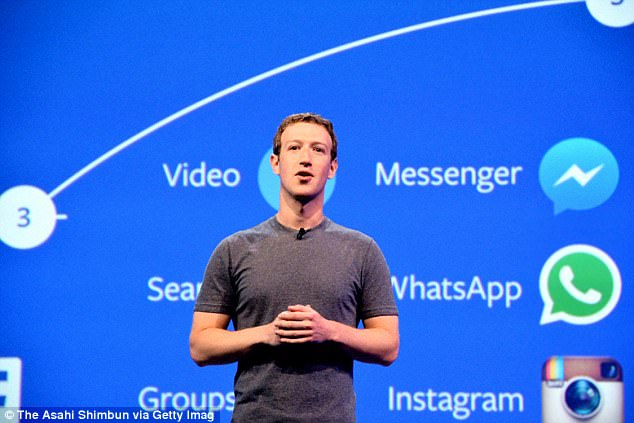 Facebook chief Mark Zuckerberg (pictured) famously said that user privacy is no longer a ‘social norm.’ The firm has come under fire for its user tracking tactics in the past

One patent described a technology that would capture images of the user through smartphone or laptop cameras, even when the user isn’t actively using the camera.

It would use that data to monitor how users emotionally react to certain kinds of content.

However, such technology could prove to be technically difficult or, worse, an ‘ethical minefield,’ CBInsights noted.

List of Celebrities Who Passed Away In DECEMBER 2020 | Latest Celebrity News 2020...

List of Celebrities Who Passed Away In DECEMBER 2020 | Latest...

AI could help identify Civil War veterans in your family

Robots in a flat – testing tech for independent living