Facebook hits back after Germany restricts its data collection and claims it relies on the information to PROTECT users from ‘terrorism, child exploitation and election interference’


and
Cheyenne Macdonald For Dailymail.com

German anti-trust authorities have ruled against Facebook over its methods of combining user data from different sources, including WhatsApp and Instagram.

The Federal Cartel Office, or Bundeskartellamt said the firm was exploiting its position as a dominant social media company in violation of European regulations.

In a statement issued after the ruling, Facebook said its data use is in compliance with GDPR and is intended to ‘protect people’s safety and security.’ 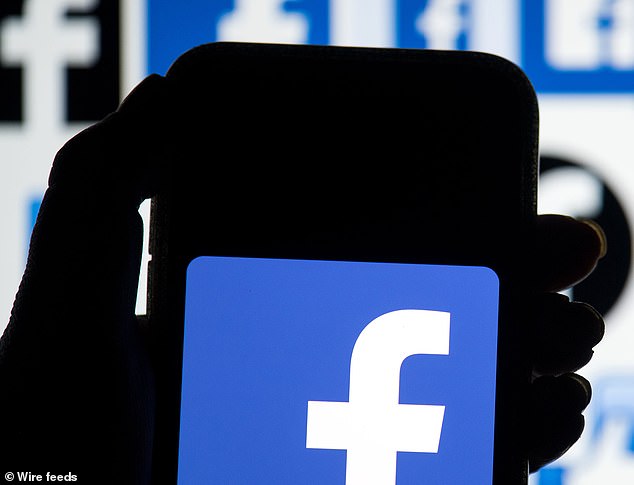 German anti-trust authorities have ruled against Facebook over its methods of combining user data from different sources, including WhatsApp and Instagram. Facebook hit back in a statement afterward, claiming its data use is for users’ own protection

WHAT IS THE GDPR?

The European Union’s General Data Protection Regulation (GDPR) is a new data protection law that entered into force on May 25, 2018.

It aims to strengthen and unify data protection for all individuals within the European Union (EU).

This means cracking down on how companies like Google and Facebook use and sell the data they collect on their users.

Part of the expanded rights of data subjects outlined by the GDPR is the right for data subjects to obtain from the data controller confirmation as to whether or not personal data concerning them is being processed, where and for what purpose.

Further, the controller must provide a copy of the personal data, free of charge, in an electronic format.

This change is a dramatic shift to data transparency and empowerment of data subjects.

‘On the one hand there is a service provided to users free of charge,’ Cartel Office president Andreas Mundt said.

‘On the other hand, the attractiveness and value of the advertising spaces increase with the amount and detail of user data.

‘It is therefore precisely in the area of data collection and data use where Facebook, as a dominant company, must comply with the rules and laws applicable in Germany and Europe.’

Facebook said it rejected the decision, and would appeal within the one-month frame before it becomes final.

‘The Bundeskartellamt has overlooked how Facebook actually processes data and the steps we take to comply with the GDPR,’ Facebook said on Thursday.

According to the firm, collecting data from across its multiple arms allows them to create a uniquely personal experience for each user.

And, it protects the user’s safety, the firm claims.

‘Using information across our services also helps us protect people’s safety and security, including, for example, identifying abusive behavior and disabling accounts tied to terrorism, child exploitation and election interference across both Facebook and Instagram,’ Facebook said.

If the ruling is upheld, Facebook will be required to allow users to specifically approve data collected from other Facebook-owned sources and third-party websites be assigned to their accounts.

The decision is not about Facebook’s processing of data generated by its own site, which the Cartel Office acknowledged is the business model for data-based social networks like Facebook. 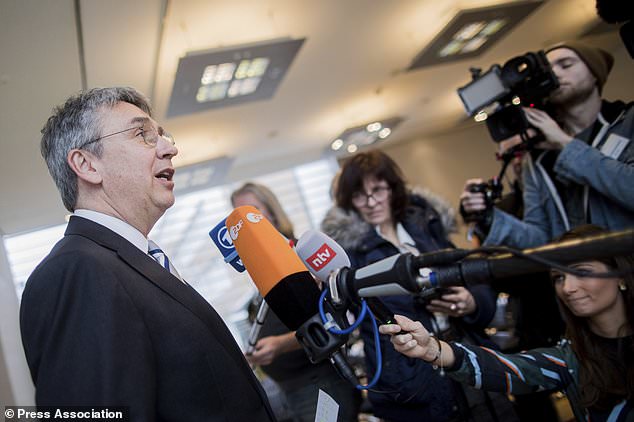 Facebook said that with its ruling, the Cartel Office underestimates the competition Facebook has in Germany from YouTube, Snapchat, Twitter and others in calling it a ‘dominant company’, misinterprets Facebook’s compliance with regulations, and undermines mechanisms provided for in European law ensuring consistent data protection standards.

‘The Bundeskartellamt’s decision misapplies German competition law to set different rules that apply to only one company,’ Facebook said.

It noted that it had been cooperating with the office in its investigation since 2016, and will continue discussions, but would also ‘defend these important arguments in court.’

In ruling that Facebook was a ‘dominant company’, the Cartel Office said it was subject to ‘special obligations under competition law’ and ‘must take into account that Facebook users practically cannot switch to other social networks.’

‘The only choice the user has is either to accept the comprehensive combination of data or to refrain from using the social network,’ it said in its judgment.

‘In such a difficult situation the user’s choice cannot be referred to as voluntary consent.’

Labour’s Kate Hoey will not stand in next general election

GlobalNewsEveryday - January 27, 2021
27
Ghanaian news presenter reading the football results and it is amazing. . The world's best football. All in one place. Get free access to...