The device, called the Nut Pro 3, was developed in tandem with smart phone makers, Smartisan, and retains the same name as Smartisan’s current line of devices.

As anticipated, the Nut Pro 3 will come pre-loaded with multiple apps owned by Bytedance, the parent company of TikTok.

TikTok owners, ByteDance, have officially entered the smart phone business with the relase of their first ever phone, the Nut Pro 3 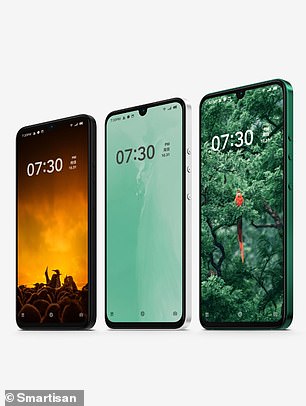 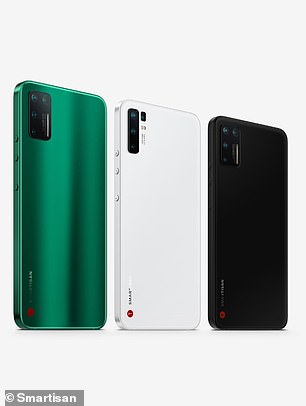 Those include the app Douyin, the Chinese version of TikTok, which users will be able to launch by simply swiping the screen up according to Engadget. It’s unclear which others have made the cut, however.

The phone will have a rear facing camera array that boasts four total sensors, and will come with 12GB of RAM, in addition to two storage sizes – a 128 GB and a 256 GB version.

One of the biggest questions will be which operating system the phone will use, as previous version of the Nut Pro used the Google-owned Android – a partnership that has been imperiled by ongoing trade tensions between the US and China.

India may be a potential market for the device since TikTok has amassed a sizable user base there which now totals more than 300 million monthly users.

The phone is unlikely to be released in the US or Europe as skepticism over Chinese tech companies – TikTok and Huawei in particular – continue to loom larger.

The release of the Nut Pro 3 comes after ByteDance struck a deal with the Smartisan earlier this year for certain patents that they claimed would help the company ‘explore the world of education.’

In reality, however, the move strategically positioned the company to expand toward phones.

The parent company of viral video app TikTok confirmed their plans to release its own smartphone earlier this year. File photo

TikTok has also had real impacts on cultural trends in the years since its launch. For example, ‘Old Town Road,’ currently the number one song in the world, picked up steam on TikTok

TikTok, also known as Douyin in China, has become one of the fastest-growing apps among teen users over the past few years and now counts more than 500 million downloads.

The app has also had real impacts on cultural trends. For example, ‘Old Town Road,’ currently the number one song in the world, picked up steam on TikTok.

With its streaming service, ByteDance will try to capitalize on TikTok’s rapid popularity by converting some of its users into paying customers, according to an earlier report from Bloomberg earlier this month.

Offering the app as a paid service is likely to be more appealing to labels, as they’ll get a higher rate of royalties compared to free services. 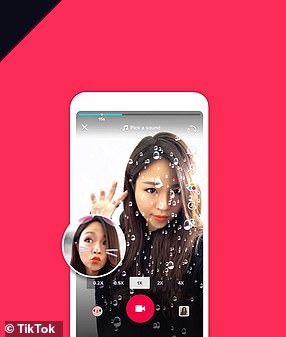 Tik Tok is a Chinese social media app where users can live stream, create short videos and music videos and Gifs with a host of functions.

TikTok is known in China as Douyin where it was launched in 2016 and then made more widely available around the world in 2017.

Douyin is still the version of the app used in China, available to download separately to TikTok.

Most children use the app to film themselves lip-syncing to chart hits.

The Beijing based social network has more than 500 million active users and the company is now worth more than $75 billion (£58 billion).

GlobalNewsEveryday - January 25, 2021
30
Senior doctors have called on the Government to shorten the gap between the first and second doses of Pfizer-Biotech coronavirus vaccinations. In a letter...