Researchers in Japan have developed a fascinating, albeit slightly ridiculous, product for people who never want to leave their house again.

The ChameleonMask, also known as a ‘Human Uber,’ aims to provide users with ‘surrogate people’ who can go to events in their place.


For it to work, surrogates strap a touchscreen to their face, which the creators refer to as a ‘mask,’ that shows a real user’s face on the display.

Remote users can then attend events from their couch, bed, toilet or wherever they choose.

Pictured, a real user stands next to his ‘surrogate,’ which has a screen strapped to their face, enabling them to be a ‘Human Uber.’ The technology is called ChameleonMask

The bizarre product has been compared to some ideas floated in Black Mirror, Netflix’s dystopian drama that explores ‘techno-paranoia’ and some of the dangers that might develop from modern technology.

No word yet on whether the product will ever actually be produced for the mass market.

Not only does the surrogate wear the user’s face on a screen, but the surrogate is also supposed to imitate the person’s gestures using their limbs.

Rekimoto tested out the Human Uber by sending a scantily clad girl cosplaying as an anime character to a public place.

In a video documenting the interaction, the anime character’s face and voice appear from a tablet, while the surrogate’s arms gesture as she speaks.

It seems that the Human Uber may have more uses than just completing every day tasks.

The researchers suggest the Human Uber can be used to ‘go out with her’ (referring to the anime character) or to dress up as your favorite celebrity, such as Lady Gaga. 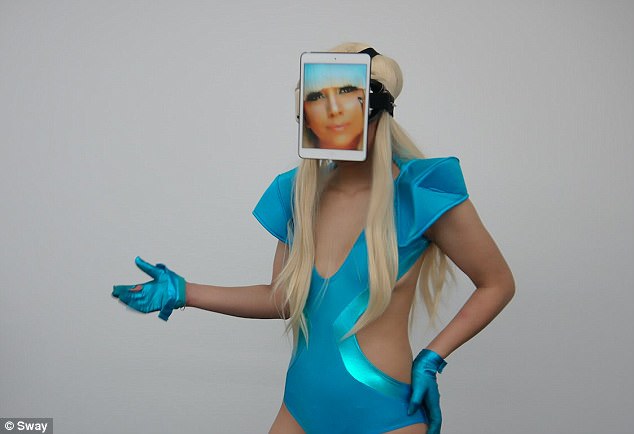 Japanese researchers say the Human Uber may have more uses than just completing every day tasks. Pictured, a person uses ChameleonMask to dress up and ‘live life’ as Lady Gaga

Remote users, or ‘directors,’ can communicate with their surrogate via a private line, where they can give them instructions directly, such as where to look, point, wave, etc.

The private line is supported by Google Hangouts’ audio chat feature, according to the researchers.

The surrogate has to mute the private line in order to communicate on the public line, which is the channel that lets the user talk to people remotely.

But even the Human Uber’s advanced interface can’t prevent one extremely important factor from standing in the way of whether or not it appears realistic.

If your surrogate’s body looks nothing like yours, it’s going to look pretty awkward. 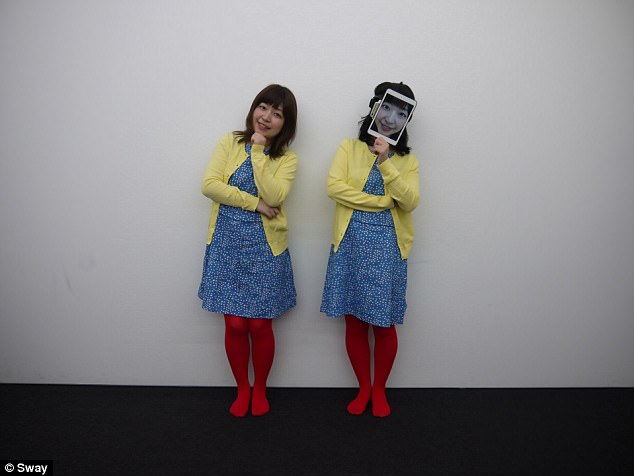 The researchers suggest that users find a surrogate that shares the same body type as them. Pictured, they went as far as making the surrogate wear the same outfit as the remote user

The Human Uber works by letting a ‘director,’ or remote user, connect to a ‘surrogate’ wearing their face. The surrogate wears a VR headset equipped with a camera and a voice channel transmits the remote user’s voice so that people can hear what they’re saying

That’s why the researchers suggest the ‘remote user find a surrogate who looks like him or her.’

According to Rekimoto, people seem to think the technology is pretty believable.

‘Our pilot study confirmed that people could regard the masked person as a right person,’ Rekimoto told New York Magazine’s Select All. 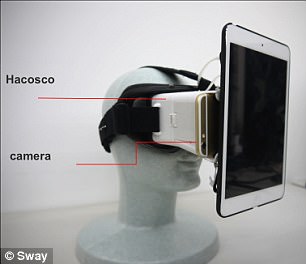 Pictured, each Human Uber has a surrogate who straps a touchscreen to their face that’s connected to a VR headset

Although ChameleonMask might have generated some shocking reactions, popular apps already exist that mirror some of the Human Uber’s services.

Apps like Postmates and TaskRabbit have gained rapid traction among mostly millennial users in recent years.

The applications let users outsource everyday tasks, matching them up with freelance workers who are willing to complete jobs like moving, cleaning and delivery, as well as handyman work.

Rekimoto even compares Human Uber to Amazon’s Mechanical Turk, a project that began in 2014, which assigns freelance workers to ‘microtasks,’ such as removing duplicate webpages on the Amazon’s online marketplace.

Twitter users were also quick to point out that several TV shows, ranging from Arrested Development to Big Bang Theory and Modern Family, had foreshadowed the creation of technologies like Human Uber.

The Human Uber, or ChameleonMask, is a product developed by researchers in Japan

The user, or ‘director,’ tells the surrogate where to point, look, or wave by communicating over a private voice channel

The surrogate mutes the private channel and turns on the public channel, which allows the remote user’s voice to be broadcast to the public

They say users should consider using ChameleonFace to transform into their favorite celebrity, such as Lady Gaga

Rekimoto claims the Human Uber is ‘surprisingly natural’ and believable 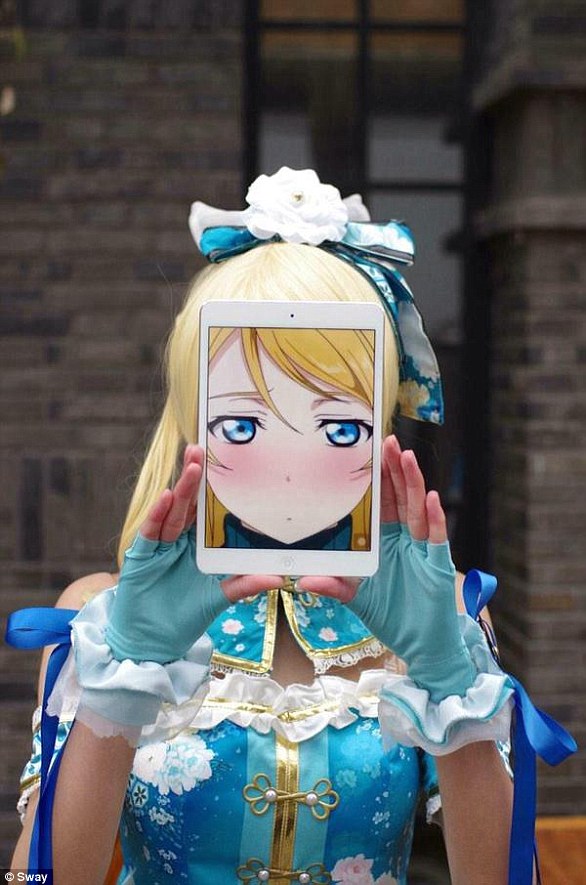 The researchers tested out ChameleonMask (pictured) on a girl cosplaying as an anime character. They sent her out to a public park to try communicating with average folks

Can computer algorithms determine the true causes of war?

Here Are The Movies Coming To Netflix This Week

Nigel, The Lonely Seabird, Dies Next To The Concrete Bird Replica He Loved For 5 Years