Nasser Hussain tackles the burning issues with Paul Newman ahead of England’s Test against Ireland this week and next month’s Ashes series.

Paul Newman: What will England want to take out of this week’s inaugural Test against Ireland?

Playing England in a Test at Lord’s will be what they have dreamed of. Then England will want their top three to fire because that’s the area of real concern and then everything else will fit into place.

So, the top three of Rory Burns, Jason Roy and Joe Denly are under pressure then?

I would go with a different top three. I would bat Joe Root at three and look to have Roy coming in at four or five.

There is a difference between red-ball and white-ball cricket and Alastair Cook has said the red Dukes ball has done more in England over the last couple of years than at any time in his career.

I have no problem with Roy opening because everyone wants to bat in the middle order and Root doesn’t want to move from four. There is no doubting Roy’s ability and he could well come off.

The problem is, where are the better options? I still think in Test cricket you want specialist openers and if that’s Dom Sibley from Warwickshire or Zak Crawley from Kent, I don’t know, but I’d like to get the long-term solutions in place now. 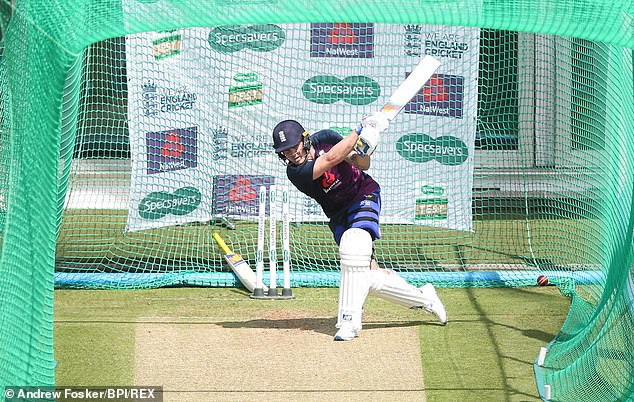 How about the bowling? Jimmy Anderson looks like he’ll miss Wednesday’s Test, Mark Wood is out for at least a month and Jofra Archer is struggling to be fit for the first Ashes Test. How significant are those blows? 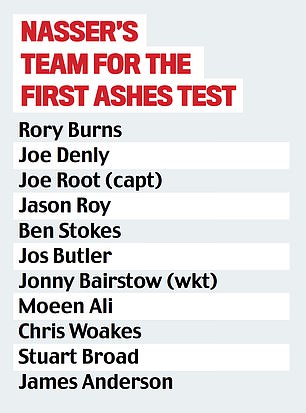 What it has done is put a little more focus on the established guys, in particular Stuart Broad. I’ve always been a fan of his and going into an Ashes battle I would want the experience and feistiness he brings.

You want people going into battle for you in the Ashes and Broad’s record against Australia is up there with the best. But there’s no doubt he’s looking over his shoulder now, not only at people with skill but also with pace. And a bit of bottle, as Archer showed at Lord’s.

If you can bowl a super over successfully in a World Cup final, you can handle the pressure of the Ashes. The only test for Archer will be keeping up his speed in his second and third spells.

It will be fascinating to see who lines up when everyone is fit but England may well go horses for courses. Chris Woakes is a fantastic bowler in English conditions and the first Ashes Test is on his home ground. The way he and Broad bowl at Lord’s will be important for what comes next. 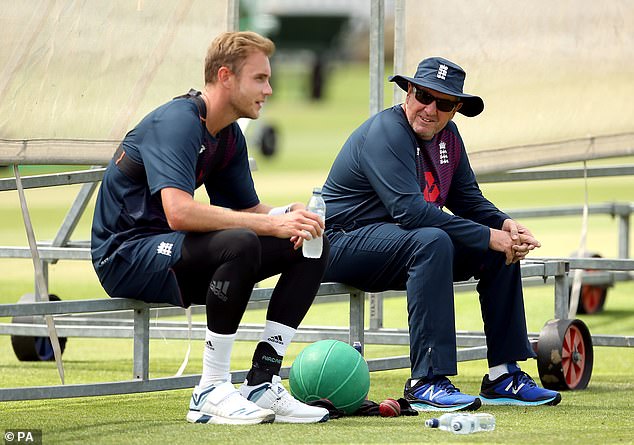 Should England’s World Cup heroes be resting rather than playing a Test before the Ashes?

I do find the schedule wrong. Of all the years you could give Ireland a Test at Lord’s, they choose this one and put it between a World Cup and the Ashes. And I do worry about burn-out.

I remember Jos Buttler at the end of the 2015 Ashes and he was absolutely exhausted. Maybe the adrenaline will keep them going but boy does the Ashes take a lot out of you.

At least this is an opportunity to get some red-ball practice and the modern cricketer does flit easily from one format to the other. 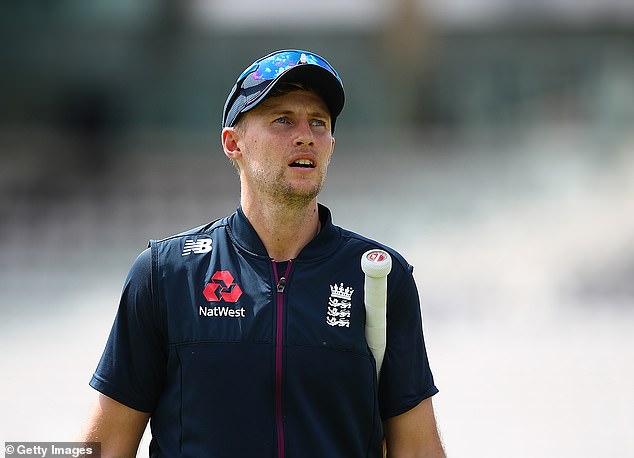 Has winning the World Cup and defeating Australia in the semi-final improved England’s chances of winning the Ashes?

The Ashes are completely different. They are unique. But what the World Cup has done is reinvigorate the country for cricket. Not that an Ashes series needs it but it has got the country going and if England start well at Edgbaston it will become a cauldron.

Should Jonny Bairstow be so keen to get the gloves back?

I always believe you have to do what’s best for the team, but I do feel for Bairstow and I do agree with him that he’s the best keeper-batsman in the country.

He’s hardly made a mistake in the last couple of years. He also scores a lot of runs at seven. Why, when others don’t want to move, would you move someone who’s doing his job very well?

The problem is that everyone wants to bat in the middle order and if you move Bairstow you’d be doing it to cover for other people’s failings and that’s a negative reason to do it. 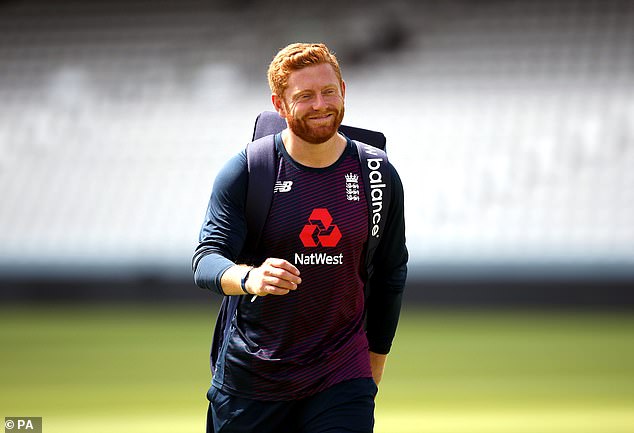 And what do you think of this Test against Ireland being played over four days?

I don’t like four-day Test cricket. We have quicker forms of the game. There should be five days for a Test match to develop slowly and provide a good finish on day five as it so often does.

I guess as a one-off and because it’s being fitted into a ridiculous schedule, then it’s fine, but is it disrespectful to Ireland? They’ve waited a long time for this, which is why it would have been better to play it in a different year rather than squeeze it in now.

At least the weather forecast for this game is excellent.