A new species of bone-eating worm has been discovered by scientists who dropped three alligator corpses to the bottom of the ocean to see how long they would last.

The ‘zombie’ worm from the osedax genus, which colonises bones and consumes the lipids within, was found feasting on the remains of one of the gator corpses.


Osedax has never before been observed in the Gulf of Mexico, nor eating the bones of a creature from the Crocodilia family – of which alligators are a member.

The US scientists dropped the alligator corpses into the sea back in 2019 to study how carbon-hungry creatures on the ocean floor would react.

The three carcasses settled at a depth of about 6,500 feet – and all three of them met a different fate.

Photo shows the alligator whose bones were picked clean. The fine brown hair-like creatures on the bones are zombie worms, or osedax

The team had expected that the reptiles’ tough hides would impede creatures of the deep from getting to the soft tissue underneath – but were left surprised.

HOW DO CROCODILES  AND ALLIGATORS DIFFER?

Snout: Alligators have wider, U-shaped snouts, while crocodile are more pointed and V-shaped.

Smile: Crocodiles look like they’re flashing a toothy grin when their snouts are shut.

Alligators teeth are hidden as their upper jaw is wider than their lower.

After 51 days, one set of alligator remains had been stripped of its flesh, leaving a few bony remains and the new osedax species.

Every bit of the soft tissue of the alligator had been removed by scavengers, including small crustaceans called amphipods, which were filmed darting around the corpse.

The gator had had its bones picked clean within a few weeks, by which time the zombie worm had started feasting on the skeleton left behind.

The fuzzy brown carpet-like creatures, captured on video by the researchers, represents a brand new species of the osedax genus that’s native to the Gulf of Mexico.

‘The clade to which the new species belongs (nudepalps) is widely distributed from California to Japan to Antarctica and there is presently no obvious biogeographic pattern to its discovery in the Gulf of Mexico,’ the researchers say in their study, published in the journal PLOS One. 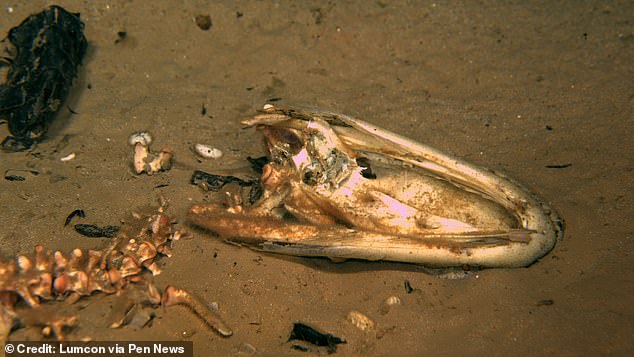 Photo shows the alligator whose bones were picked clean. The fine hair-like creatures on the bones are zombie worms, or osedax

The fate of the other alligators came as a surprise too.

The research team were shocked when, after eight days, one of the other gators had vanished without a trace.

Despite the alligator and its harness having a combined weight of 85.8lbs (938.9kg), the predator had pulled them 30 foot through the sand, drag marks suggested.

The rope was then bitten completely through, allowing the predator to make off with its meal. 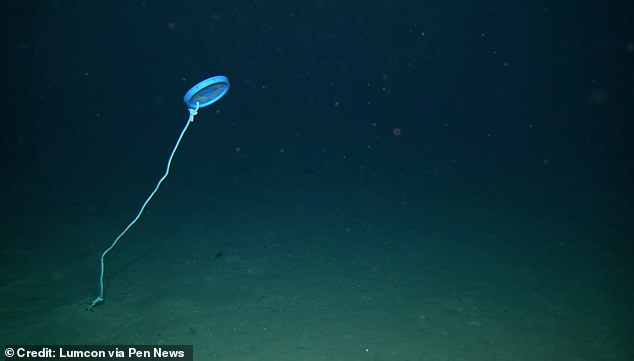 Photo shows all that was left after one of the alligators was snatched whole, likely by a shark 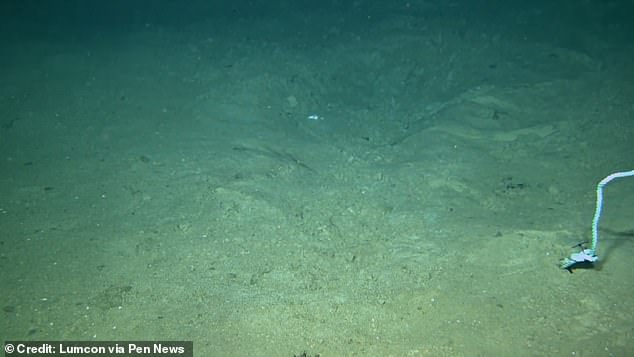 When the scientists returned, they found nothing but an alligator-shaped depression in the sea bed and the weight with rope still attached.

They believe a predator, most likely a Greenland shark or the sixgill shark, would have snatched it whole.

The Greenland shark is a member of the sleeper shark family Somniosidae – the longest-living vertebrate known, with an estimated lifespan between 300 to 500 years 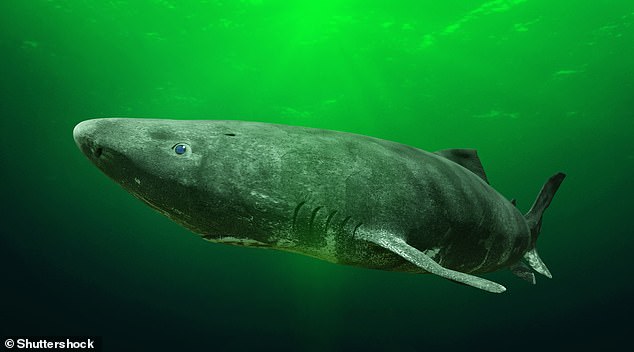 Render of the Greenland shark, Somniosus microcephalus – with the longest known lifespan of all vertebrate species, between 300–500 years

Dr Craig McClain of the Louisiana Universities Marine Consortium, which organised the drop, said there was no way to be sure of what had snatched the missing alligator, however.

‘We have no video evidence for what removed that alligator,’ he said.

‘Through a process of reasoning and exploring different options, we think that one of two species of shark is the most likely candidate.

‘However, this remains a hypothesis at this time.’ 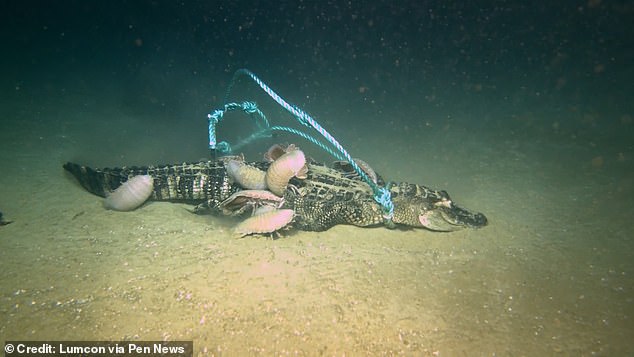 Photo shows the alligator that was devoured by crustaceans called isopods, each as big as an American football

The third gator was devoured by deep-sea crustaceans, as revealed in footage last year.

Less than 24 hours after they were dropped into the ocean, the team found a group of giant isopods, each as big as an American football, had already penetrated one gator’s hide.

For those unfamiliar with the scavenging sea creatures, they may look strikingly similar to a land insect known as Armadillidiidae, commonly referred to as Pill Bugs or ‘Roly Poly bugs’ – although they are actually related to woodlice. 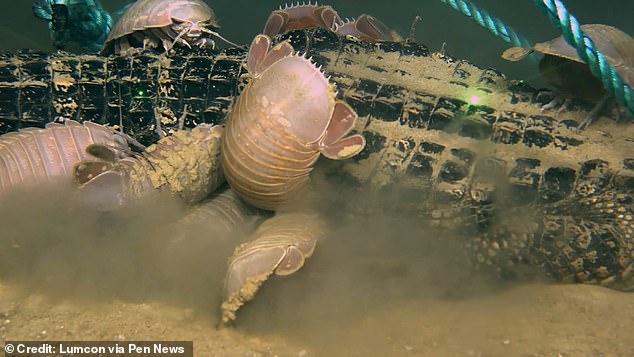 This image shows the third alligator as it is devoured by the isopods, which are actually relatives of woodlice

The results of the study was described as the first experimental reptilian ‘food fall’ in the deep ocean, using alligators that were ‘humanely euthanised’.

‘Some of these oases are vents in the ocean floor where chemicals come out of food falling from the ocean’s surface.’

Scientists generate electrical current from moisture in the air

The doctors and lawyers giving advice on TikTok

Wilmot’s Warehouse is a clever puzzler about staying organized

<a href='https://news.sky.com/story/sky-views-this-election-is-make-or-break-for-boris-johnson-and-his-brexit-dream-11848885' target='_blank'>This election is make or break for Boris Johnson and his Brexit dream</a>

Bruce Boudreau surprised over Minnesota Wild’s dismissal of him: ‘Are you f—ing kidding me?’

Bruce Boudreau surprised over Minnesota Wild’s dismissal of him: ‘Are you...