They raised a glass of fizz to toast their friend on her 40th birthday as they tucked into a picnic.

But nursery worker Sarah Glover, a mother-of-two, never reached the landmark date her friends had chosen to celebrate.


She died from cervical cancer when she was 36 having never had a single smear test because she was too afraid or embarrassed.

Around 3,000 cases of the disease are diagnosed each year in the UK and the simple 10-minute test could have saved Ms Glover’s life.

Now her best friend, college lecturer Louise Turnbull, 36, has revealed how she and three of Ms Glover’s drank prosecco at her grave, saying: ‘Had she been alive we’d probably have gone out and had drinks on her 40th, getting a bit tipsy.

‘Of course, she is not here, so, instead, we remembered her at her gravestone.’

Ms Turnbull is speaking out to raise awareness of the importance of having regular smear tests.

Sarah Glover, from Darwen, Lancashire, first fell ill with pain in 2013 and was diagnosed with cervical cancer 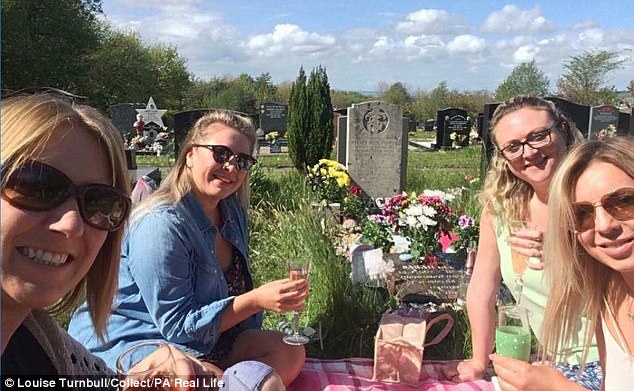 Louise Turnbull, Rachel Bowker, Phillipa Kelly and Leanne Baxter, marked what would have been their friend’s 40th birthday

Mrs Turnbull said: ‘That May, after suffering with pain, she was diagnosed with cervical cancer, but was very private about it. I do know she had never been for a smear test.

‘I don’t know why, perhaps it was because she felt she was too busy, or maybe she was embarrassed.’

After her diagnosis, she had radiotherapy and appeared to have gone into remission.

But, after experiencing pain in her back and neck, she returned to her oncologist at Royal Blackburn Hospital and, following further scans, received the devastating news the cancer was back – and had spread. 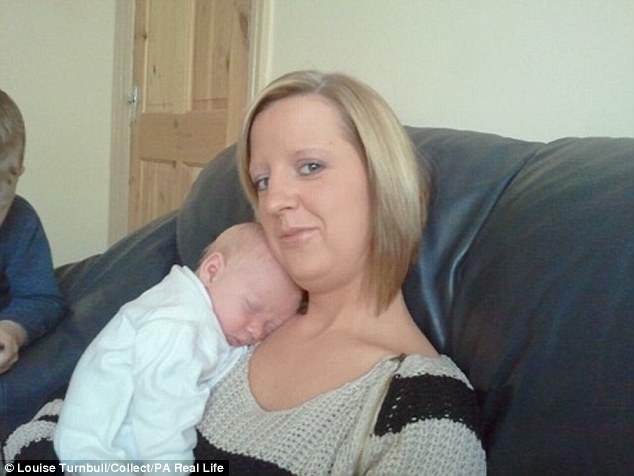 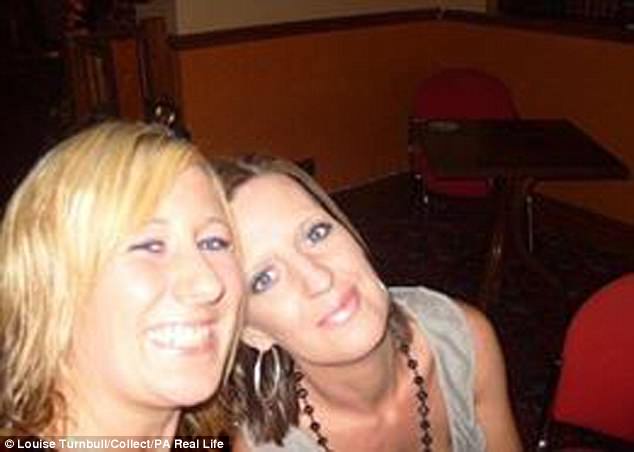 Mrs Turnbull, left, and Mrs Glover, would have marked 18 years of friendship this year

By this point stage four, it had spread to her lungs, neck and ribs, and was terminal.

Given palliative chemotherapy, she was given the heart-breaking news that she would not live to see her children grow up.

‘After finding out, we all got drunk,’ recalled Mrs Turnbull, who met Mrs Glover, in 2000, when she joined the nursery in Darwen, where Sarah already worked.

On Friday, February 7 Mrs Turnbull went to see her, although by that point she was no longer conscious.

Then, a few days later, on the Monday, she died with her mother, Shirley Speakman, at her bedside.

Mrs Turnbull, along with Rachel Bowker, Phillipa Kelly and Leanne Baxter – marked their friend’s birthday on May 14.

Remembering the bittersweet celebration, Mrs Turnbull said: ‘It was a lovely sunny afternoon and we managed more than one bottle of prosecco. There was a picnic blanket and we all gossiped about life, work, our families.

‘It was a party for Sarah – but one where she was sadly missing, although I believe she was there in spirit.’

The get together in Darwen Cemetery in Lancashire was not the first time the four women have gathered at their dearly departed friend’s grave for a ‘party’. 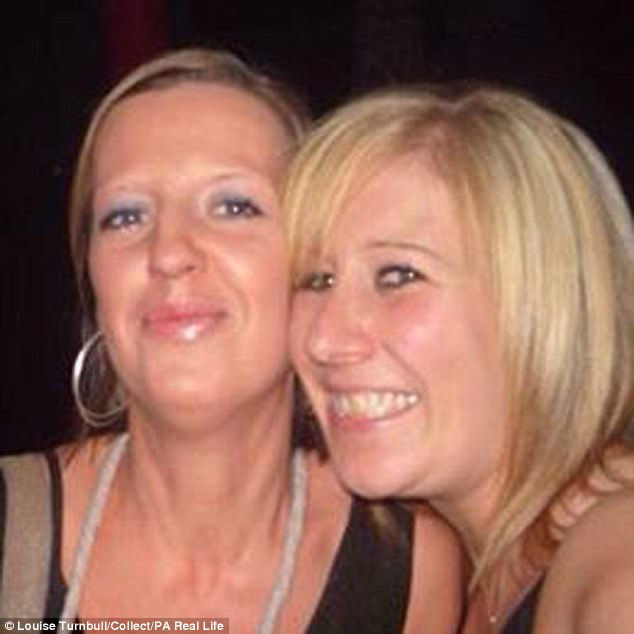 Some Christmases, wrapped up warm, they have headed there with flasks of mulled wine and mince pies

But, knowing the big 4-0 was a significant occasion – the first major birthday since Sarah died – they made a big deal of it.

‘It was wonderful,’ said Mrs Turnbull, who has – with Mrs Glover’s other friends and family – raised £14,000 for the hospice that cared for her.

Her death was avoidable

‘Afterwards, I realised, that her death was avoidable,’ said Mrs Turnbull. ‘She could have been diagnosed sooner had she had regular smear tests.

‘I am ashamed to admit that, until the birth of my son Bradley, who is now six, I had not had a smear. I don’t know why.

‘I probably thought, “Oh, cancer won’t happen to me. Oh, it only happens to other people. To other people’s friends.” Well, guess what? It doesn’t.

‘Now I am so passionate about discussing smears.’

Mrs Turnbull admits her friend would have cringed, had she known her name was being used to promote the examinations, though.

‘Sarah would have hated this,’ she laughed. ‘She’d have been so embarrassed about her face being made public.

‘But her mum and I think if any good can come from her death, then so be it.

‘She was a fun-loving, genuine and kind woman. She lived for her children, who are now motherless.

‘We don’t want this to happen to other people.’

WHAT IS A SMEAR TEST?

A smear test detects abnormal cells on the cervix, which is the entrance to the uterus from the vagina.

Most test results come back clear, however, one in 20 women show abnormal changes to the cells of their cervix.

In some cases, these need to be removed or can become cancerous.

Being screened regularly means any abnormal changes in the cells of the cervix can be identified at an early stage and, if necessary, treated to stop cancer developing (stock image)

Cervical cancer most commonly affects sexually-active women aged between 30 and 45.

In the UK, the NHS Cervical Screening Programme invites women aged 25-to-49 for a smear every three years, those aged 50 to 60 every five years, and women over 65 if they have not been screened since 50 or have previously had abnormal results.

Women must be registered with a GP to be invited for a test.

In the US, tests start when women turn 21 and are carried out every three years until they reach 65.

Changes in cervical cells are often caused by the human papilloma virus (HPV), which can be transmitted during sex.

In January 2018, women shared selfies with smeared lipstick on social media to raise awareness of the importance of getting tested for cervical cancer in a campaign started by Jo’s Cervical Cancer Trust.

The new Bose sunglasses have speakers in them

A Swirl of Spring for the Table

Alarm as uptake drops for all routine child jabs