Stoke will not have to dispatch training ground spies to Leeds ahead of their game this weekend after Marcelo Bielsa named his entire starting line-up two days in advance of the match.

The Argentinian is at the centre of the ‘spygate’ storm which saw him send a coach to watch Derby train before their match against Leeds last week. Leeds won the game 2-0, although the controversy has carried on.

Bielsa held a 70 minute press conference on Wednesday explaining his analysis to show why the scouting trip had not been significant while admitting he had spied on every club Leeds have faced. 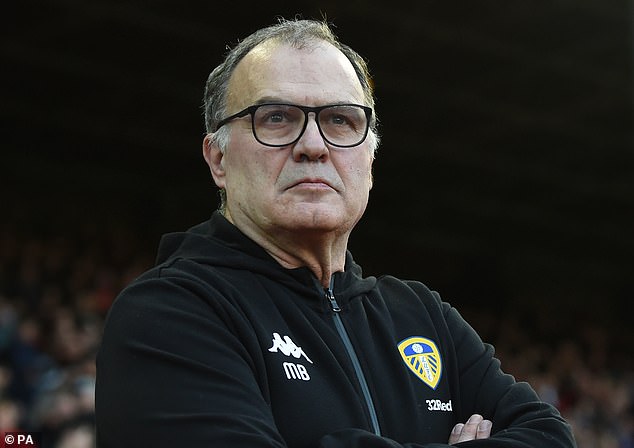 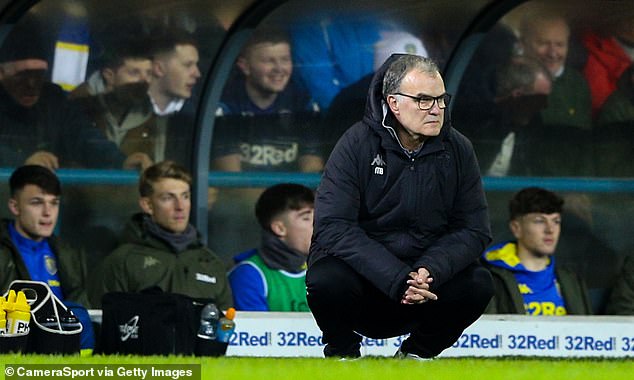 On Thursday, he made Stoke boss Nathan Jones’ job easier for him by announcing his team.

He revealed that new signing Kiko Casilla, who joined the Championship leaders on a four and a half year deal from Real Madrid on Thursday, would not be in the team and he would instead select the same side that played Derby.

Bielsa said: ‘Today has been Casilla’s first training session with us. He won’t play against Stoke, even if he is fit to play. We’ll see the evolution in the next few days.

‘We have prepared for the game taking into account their starting XI and our XI will be the following – Peacock-Farrell, Cooper, Ayling, Jansson, Alioski, Forshaw, Klich, Clarke, Harrison, Hernandez and Roofe.’

Bielsa revealed during his briefing on Wednesday that his analysis team had watched 26 of Luton’s games this season in preparation for their meeting with Stoke. Jones arrived at the Bet365 Stadium last week from Kenilworth Road.

And he hinted that he was impressed by the 45-year-old Welshman: ‘Head coaches express themselves through the games of their teams.

‘I think he is a head coach that has creation. He is not a traditional head coach.’

The 63-year-old also hailed Leeds’ director of football Victor Orta for his role in Casilla’s arrival: ‘Of course we needed an alternative for the goalkeeper position. I don’t have to make any comment on Casilla because his career speaks for itself.

‘And the fact that he has chosen to play in Leeds is a successful institution. 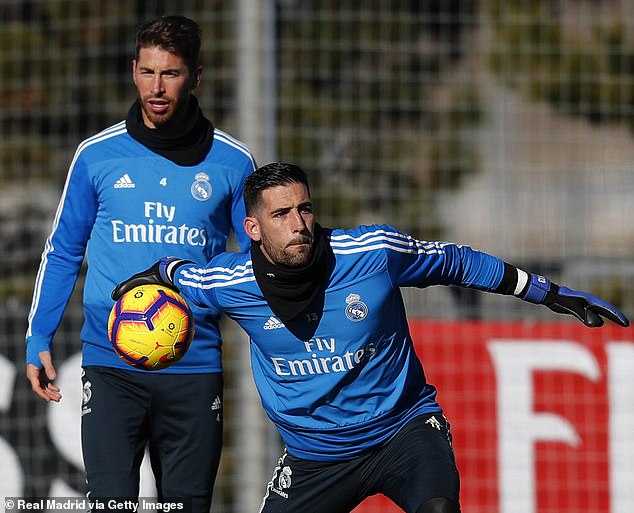 Kiko Casilla, who joined Leeds from Real Madrid on Thursday, is not in the team for Stoke

’Victor Orta is responsible for the arrival, for the signing of Kiko Casilla. And the analysis of the compatibility of his skills has been done by Marcos Abad, our goalkeeping coach.

‘The fact that the goalkeeper from Real Madrid comes to Leeds, and I think that the owner of the club should be proud of being able to attract this kind of player.’

Leeds have also been bolstered by the return to fitness of Chelsea loanee Izzy Brown. Brown has been out with a cruciate ligament injury picked up on loan at Brighton last season and is yet to feature for Leeds’ first team.

Kobe Bryant memorial: How to watch and what to know about...