By Laurie Whitwell and Craig Hope for the Daily Mail

Leeds United’s players fear Marcelo Bielsa is ready to walk away from the club after he gave an emotional address in the aftermath of their play-off defeat to Derby County.

Sportsmail understands Bielsa thanked his team for their efforts over the season and said he had got ‘everything’ out of them, with the inference being he had taken them as far as he could.

Leeds are hopeful of persuading Bielsa to stay for another campaign and are set to activate the 12-month extension option in his contract. 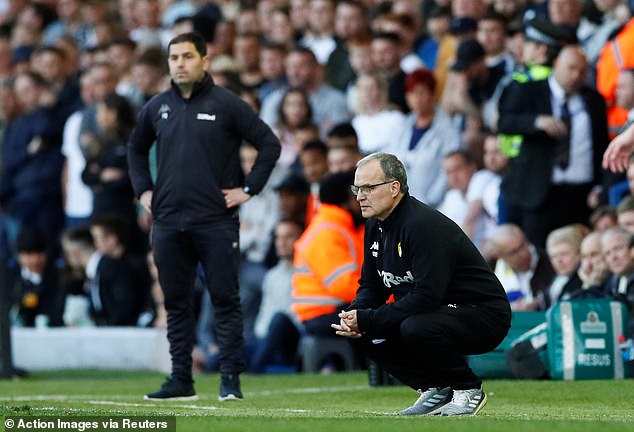 After losing to Derby on Wednesday night, Bielsa said he would listen to the club’s proposal but gave no assurances he would commit again.

Bielsa will sit down with director of football Victor Orta and chief executive Angus Kinnear next week before deciding if he wants to carry on for another season in the Championship, with transfer and salary budget his key concerns.

He has given the club no indication he intends to leave, but nor has he told them he is staying, even though he has taken a keen interest in plans for improvements to their Thorp Arch training ground.

Casting further doubt on the situation are the financial implications of retaining the 63-year-old, who signed a £3.4million per year contract for this season. The total cost of his coaching staff was £6m. 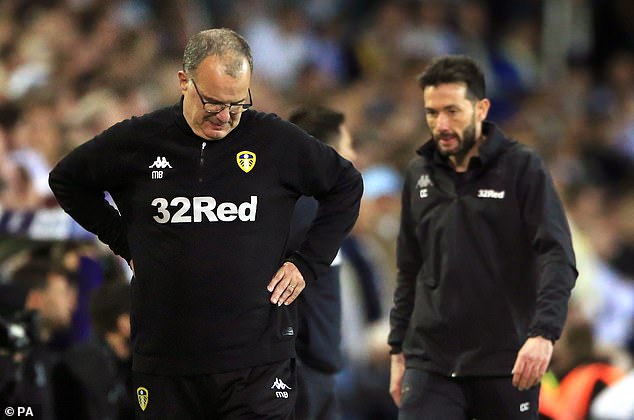 Bielsa has transformed Leeds with his forensic approach and passionate messages

Leeds owner Andrea Radrizzani took the plunge in appointing a figure as revered as Bielsa at significant cost. That would have been sustainable in the Premier League but would be extremely difficult using another year of Championship revenue.

Bielsa has transformed Leeds with his forensic approach and passionate messages, uniting supporters and fostering faith from his players, which is why Wednesday’s result triggered such despondency.

As well as tears from players on the pitch, sources describe Orta as being ‘very emotional’. Orta will now take a break over the weekend before returning to work on Monday when Bielsa’s future will take priority.

There is a feeling that clarity is needed regarding the manager early next week, with players due to go on holiday and the pre-season training schedule requiring ratification. The squad were in at 10am on Thursday to say goodbye for the summer. 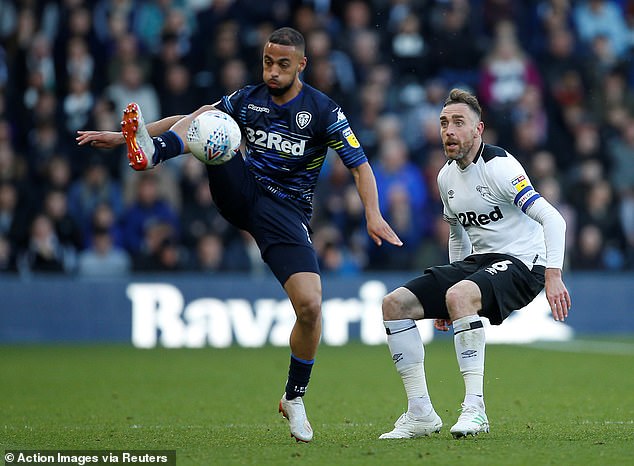 Failure to win promotion also leaves the club exposed to bids for their best players. Top scorer Kemar Roofe is entering the final year of his contract, while Kalvin Phillips has Premier League admirers and 10-goal midfielder Mateusz Klich is another with just 12 months to run on his deal. Likewise highly-rated teenage forward Jack Clarke.

Several players had been hoping to renegotiate better terms but do not know where they now stand amid uncertainty over the club’s future finances.

Indeed, club sources have indicated that they need to make better use of the loan market next season.

The sight of Chelsea’s Mason Mount and Liverpool’s Harry Wilson scoring for Derby was a painful reminder of the potential that exists in loaning young players from Premier League clubs. Only Manchester City’s Jack Harrison proved a success for Leeds this season.

Rangers player ratings vs Young Boys: Morelos gets an 8, but...

Real Madrid news: Why Lionel Messi has been discussed in Neymar...