The video shows the strange phenomenon that was captured in Palmdale, California, USA.

A local resident by the name of Donna snapped a photo of what she described as a “cigarette cloud”.

But after she posted it online, there was a huge response from others who had noticed the same thing.

One woman pointed out an unexplainable line she had spotted on Google Earth the same day, that stretched from Antarctica to Australia.


BIZARRE: The line went from Antarctica to Austrailia


“These are chemtrails produced by HAARP”

The bizarre events were put together into a video by YouTube conspiracy channel MrMBB333, where he suggests the two could be linked.

Since it was uploaded earlier today, it has already racked up more than 19,000 hits.

And viewers were left convinced it is proof of worldwide weather manipulation. 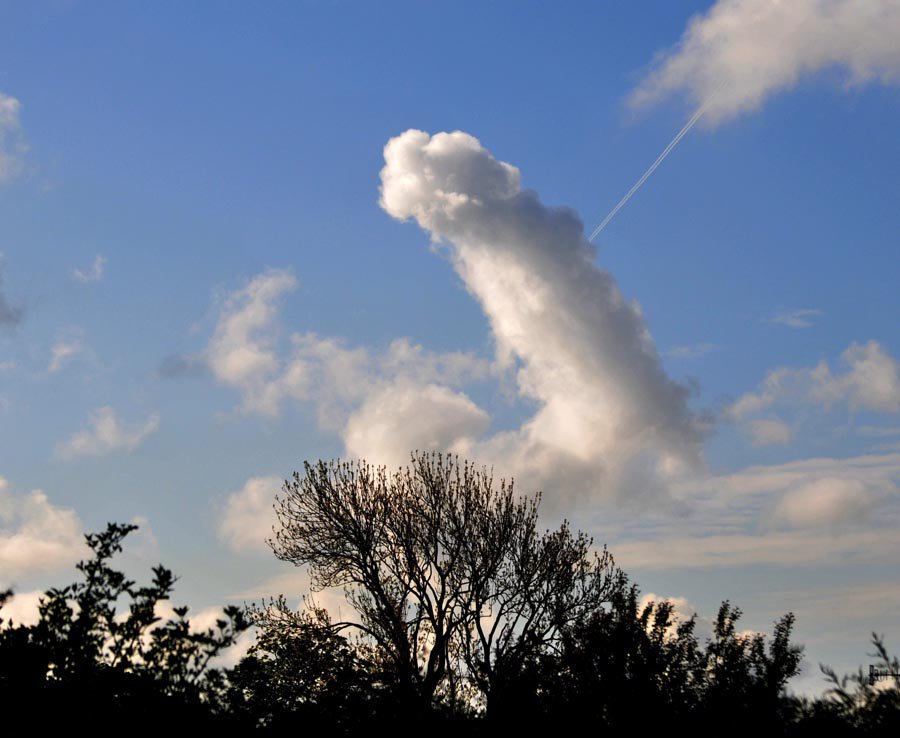 Cloud shaped like a giant penis in the sky.

One comment read: “Those aren’t clouds. That’s whatever cocktail they have sprayed that day. The chemicals they spray to reflect sunlight.”

Another added: “These are chemtrails produced by HAARP.”

And a third stated: “They are poisoning the sky.”

The High Frequency Active Auroral Research Program was initiated as a research project between the US Air Force, Navy, University of Alaska Fairbanks and the Defence Advance Research Agency.

It was designed and built by BAE Advance Technologies to help analyse the ionosphere and investigate potential for developing enhanced technology.

But conspiracy theorists have long believed it is a secret project run by the US government to control weather conditions.

Fiona The Hippo Predicts Who Will Win The Super Bowl

21 Weird Holidays And Their Origin Stories