An obese woman cruelly mocked about the size of her breasts has lost six stone and seven cup sizes thanks to her hobby of raving.

Amanda Bays, 38, from Huntingdon, Cambridgeshire, lived a healthy life growing up, but when she left home in her teens and moved into her own house, she began to pile on the pounds.


She began dining on fast food every day, admitting she could never pass up a Greggs sausage roll, ballooning to 15st 3lbs – with 38HH breasts. 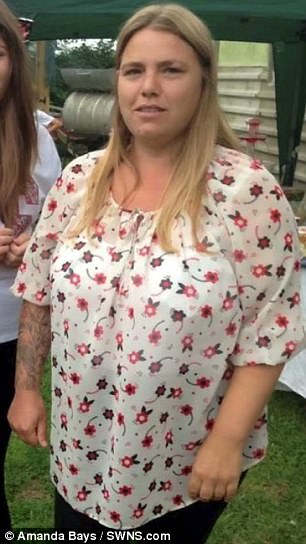 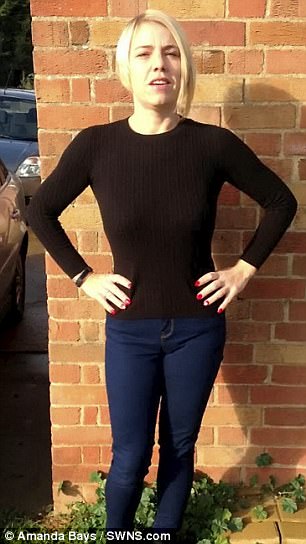 Amanda Bays saw her weight balloon to 15st 3lbs thanks to her diet of fast food, but after embracing raving she lost six stone in just nine months

But she says her life was saved when she discovered Clubbersize – raving with glow sticks and disco lights to hard core anthems – and she lost 6st 3lbs.

Amanda who is now a 32DD, said: ‘The fatter I got the most abuse I would get from family and friends. I usually pretended that it didn’t bother me but deep down it really hurt.

‘They would pick on my boobs and say things like “Oh here come Amanda’s boobs – ten minutes before she gets here”, or “She wouldn’t drown with those attached to her.”

‘I started off on Slimming World which I found really helpful but I noticed after losing just a few pounds that my skin was starting to sag. 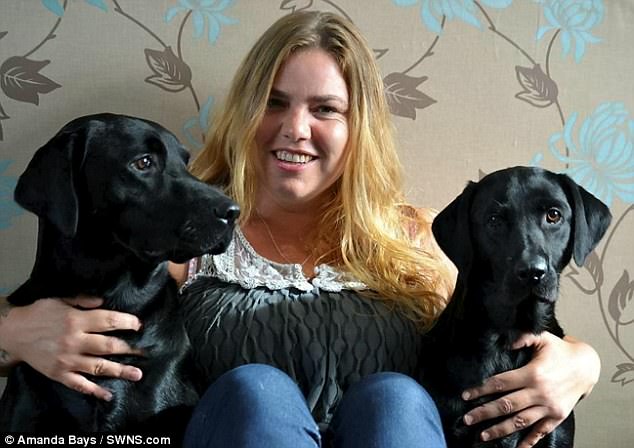 Since joining Clubersize Amanda, has gone from a size 22 to a size 8 and has seen her cup size shrink to a 32DD

‘Whilst I was still huge I would walk the baby around in the pram for miles but then once I began to feel like I had lots more energy I found the Clubbersize class and fell in love with it.

‘It’s helped me dance off so much weight and tone up. All us ladies get together, we rave up a storm listening to dance tunes and wave our glow sticks around.

‘I absolutely love it, it’s saved my life.’

Mother-of-three Amanda said her weight spiraled out of control after she left home aged 16.

She said: ‘We weren’t well off growing up but we always had three staple healthy meals a day, with lots of vegetables and balanced portions.

‘But since I left home my diet has been absolutely horrendous. I would gorge all day on junk food.

‘I could never resit a Greggs sausage roll and would constantly be snacking on kebabs, McDonalds, pizza, pork pies, anything bad for you basically.’ 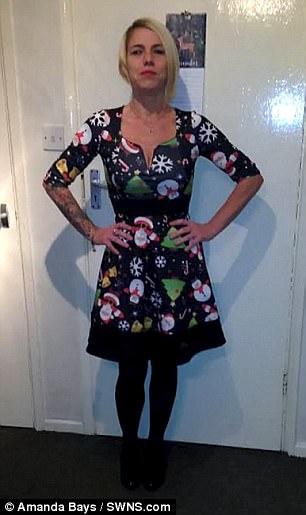 Amanda’s partner Robert, 44, has always been supportive of her regardless of her weight but he could see the effect the jibes were having on her confidence.

Her weight problem got even worse after a failed pregnancy in 2013, when Amanda turned to junk food to comfort herself.

But eventually Amanda fell pregnant again with Logan, now two, and she decided after his birth to make some much needed changes to her lifestyle.

She took up weekly hour-long clubbersize classes at her community centre – despite not being a fan of rave music.

In just nine months, she slimmed down from a size 22 to a size eight, with the help of a change in diet.

Amanda won the Woman of the Year award at her local Slimming World group and has been put forward for the Nationwide Slimmer of the Year.

She said: ‘I just feel so much more like myself now. Robert didn’t really mind before, he’s always loved me as I am but for my own self-worth it’s been incredible.

‘I have even set up a Facebook group for women who might be trying to start the same journey.

‘I think anyone who has lost weight would say that the hardest part is the beginning, and I just want to help others along the way, showing them that it can be done.

‘One of the most rewarding things about being fit and healthy is that I feel so much more freedom.

‘Especially with clothes. I hated shopping before and would hide behind hoodies but now I love going to look for new clothes.

‘My diet has totally changed too, I usually have mixed fruit with sweetened quark for breakfast.

‘Jacket potato with beans for lunch and gammon, egg and slimming world chips with mushrooms for tea.

Covid-19: ‘Immunisation moving us to a better place everyday’

Covid: Lockdown easing in England to be delayed by four weeks

H&M Giambattista Valli: what we know so far about the latest high street collab

Coronavirus: Will offices be safe for a return to work?

Xbox Series X gamers can try out 40 free new demos thanks to ID...

UK warned it is unprepared for climate chaos

13 injured in shooting at popular entertainment district in Austin, Texas...

UK warned it is unprepared for climate chaos