But while you might expect someone whose approach to health and fitness is as dedicated as Shona Vertue’s to be abstemious from alcohol, you may be surprised to hear that the Sydney-born personal trainer said that there is a way to drink alcohol and be healthy.


While Shona believes that the ‘cons [do] far outweigh the pros’, she also said that she does enjoy a drink – and as long as she enforces her ‘rules’ around alcohol consumption – which ‘not only benefit my body, but my mind and bank account also’. 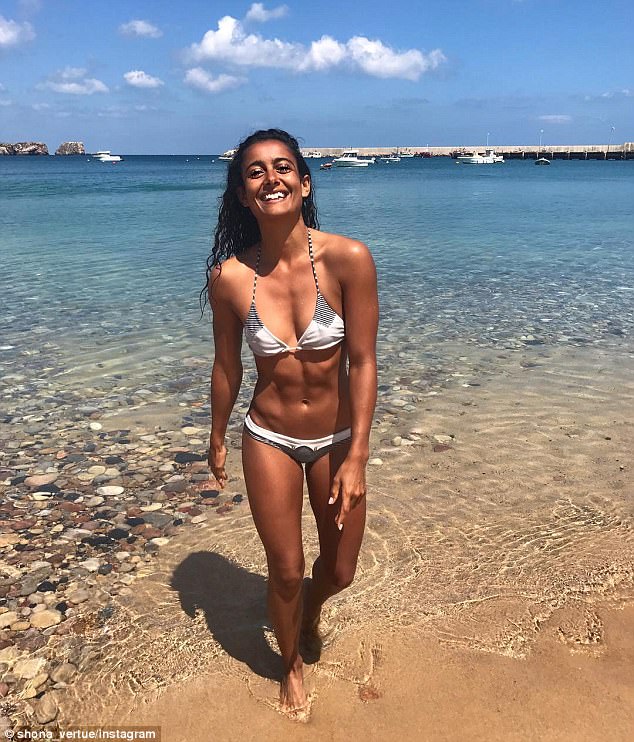 Australian personal trainer, Shona Vertue (pictured), 29, recently revealed how it is possible to drink alcohol and still be healthy 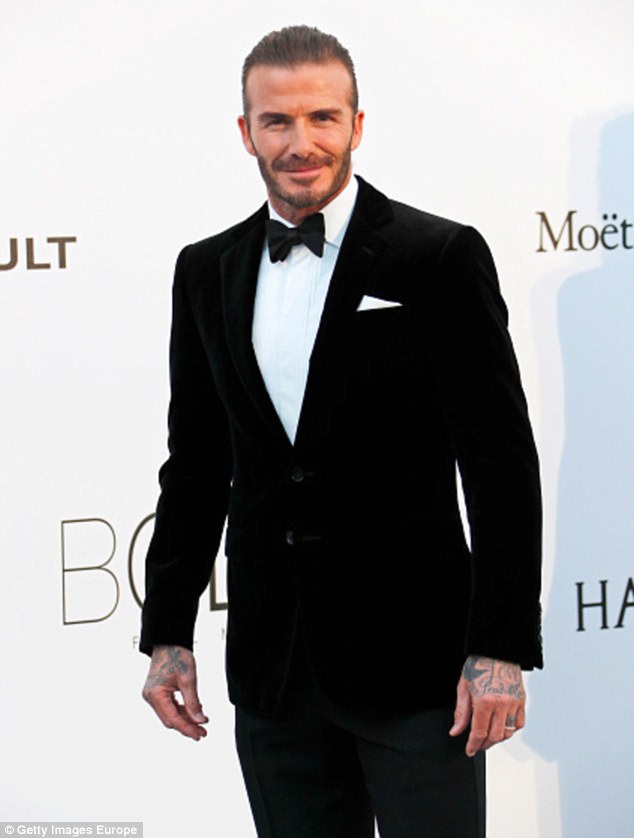 The 29-year-old, who was born in Sydney, is credited with transforming David Beckham’s (pictured) body following football – and making him love yoga 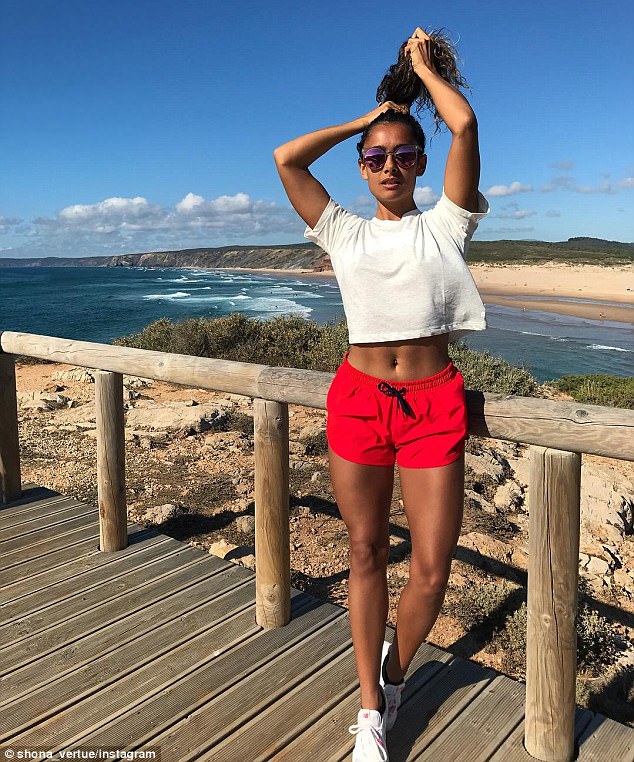 Shona (pictured) has several rules around alcohol consumption – firstly, she said she doesn’t ever drink when she’s unhappy

‘Instead I sit in my unhappiness (trying to understand or voice its cause). Intoxication only delays the pain of unhappiness and a hangover certainly makes it much worse.’

Her second rule is that she will always ‘eat before I consume alcohol, but not straight after food consumption because alcohol and food don’t mix well, when it comes to optimal digestion’:

‘There is a time and a place to give little to no f**ks about your digestion, but they should be reserved for special occasions, not every FriYAY night with the girls/guys,’ she wrote. 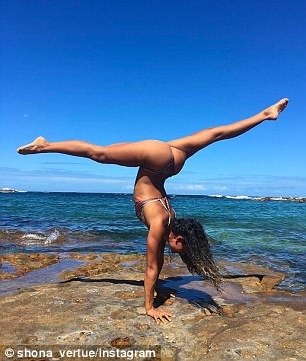 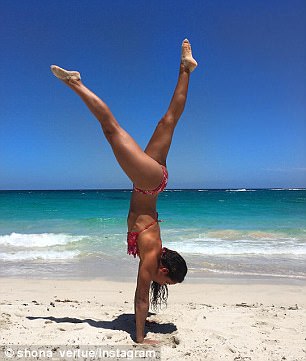 The PT’s second rule is that she will always ‘eat before I consume alcohol, but not straight after food consumption because alcohol and food don’t mix well, when it comes to optimal digestion’ 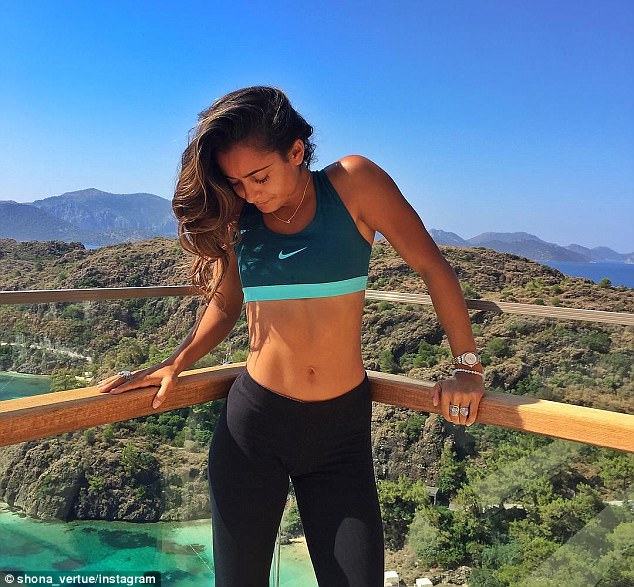 Shona’s third rule is that she will ‘drink whatever pleases me and my tastebuds, rather than choosing some sh**ty tasteless cocktail that has less calories’

* Daily meditation before she caffeinates.

* Short sequence of yoga or gymnastics each night before bed.

Shona’s third rule is that she will ‘drink whatever pleases me and my tastebuds, rather than choosing some sh**ty tasteless cocktail that has less calories’:

‘It’s not the calories in alcohol that one needs to be concerned with, it’s the consumption of a poison that requires a very specific detoxification process within the liver, resulting in the production of a toxic enzyme that puts the “hang” in hangover.’

Last but not least, the London-based health professional’s final rule is that she will never train with a hangover:

‘Instead rest, hydration and some light movement (for lymphatic support) is a better option,’ she concluded. 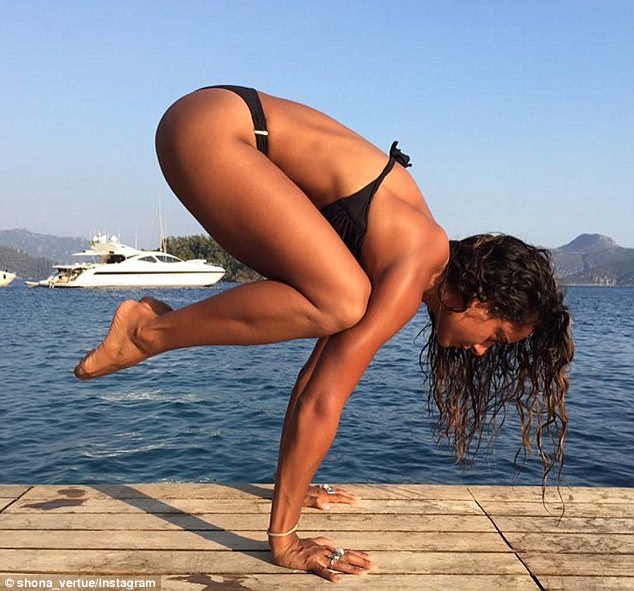 The London-based health professional’s final rule is that she will never train with a hangover – instead she will ‘rest, hydrate and do some light movement (for lymphatic support)’ 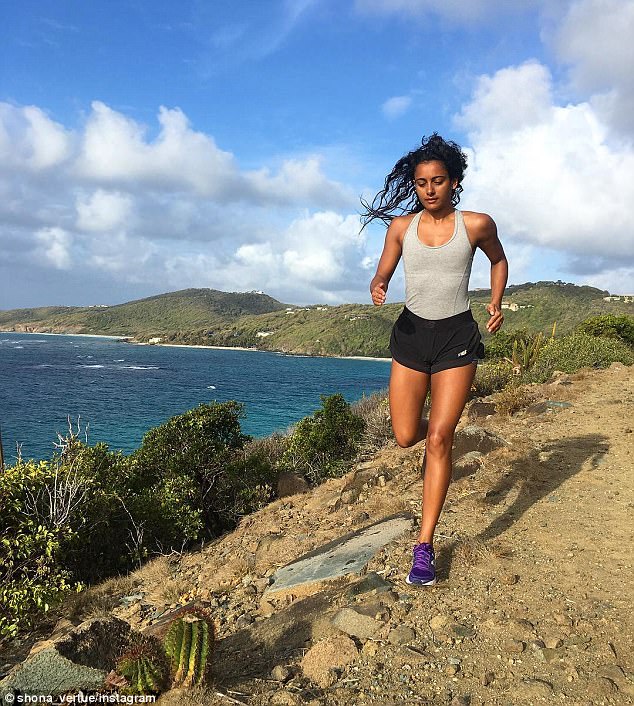 Previously speaking to FEMAIL Shona explained that in fitness, ‘many people fall into the trap of working on the things they’re good at and neglecting the things their body really needs’

Previously speaking to FEMAIL, Shona outlined how you can develop and tone your body into the physique of your dreams:

SHONA VERTUE’S DAY ON A PLATE

* Three meals consisting of a ‘sh*tload of vegetables and some kind of protein (usually eggs)’.

* Creme brûlée (‘if my soul needs some nourishment’).

‘Many people fall into the trap of working on the things they’re good at and neglecting the things their body really needs,’ she said.

‘I’ve met numerous people that can run marathons but could barely get through an easy weight lifting session. Likewise, I’ve met bodybuilders who are strong, but have no agility and can hardly move.’

She added that yogis can often do the splits, but struggle with strength and end up with knee and back injuries because of it.

Instead, we need to focus on doing what we’re not necessarily as good at – and listen to our bodies.

‘The biggest mistake we all make is not listening to what we need and want,’ Shona said.

‘When you pay attention to how food and exercise really affects you, you can become more aware of what works for you as an individual.’ 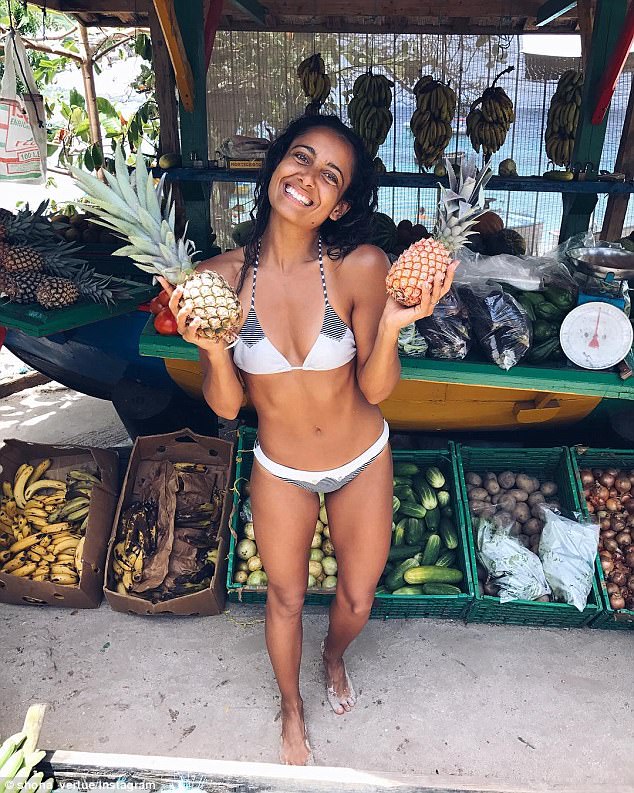 ‘The biggest mistake we all make is not listening to what we need and want,’ Shona said – she recommends paying attention to how and what you eat and trying to listen to your body

Shona recommends viewing ‘food as fuel’, and thinking about what is ‘going to best nourish your body, mind and soul for the day ahead of you’:

‘Most of the time, this might come from a massive plate of vegetables, with some protein – however, on other times – when the soul needs some nourishment – you might need a warm pain au chocolat or an Old Fashioned,’ she said.

Shona said we shouldn’t deprive ourselves of things when we need them, because if ‘we don’t let ourselves have those soul nourishing moments, they build up and then end up in the binge and restrict cycle’. 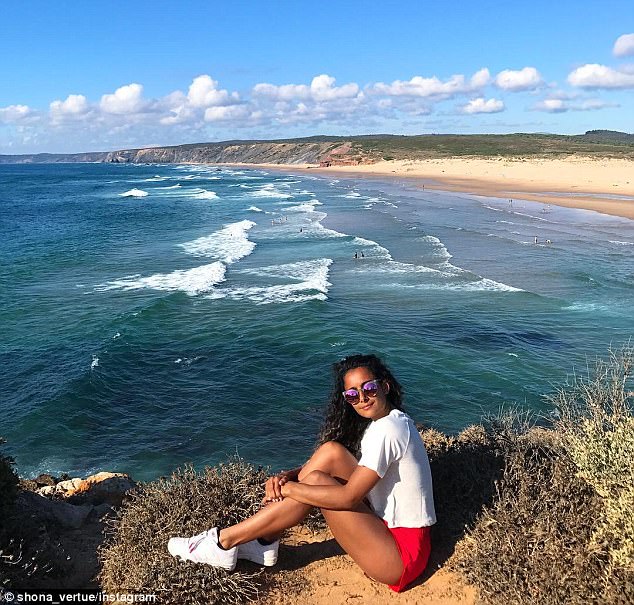 When it comes to her own workouts, Shona will lift weights four times a week and do high intensity cardio twice a week

When it comes to her personal training, Shona favours a dedicated but realistic approach:

‘I wake up, I meditate and then caffeinate,’ she told FEMAIL.

‘I lift weights four times a week and do high intensity cardio twice a week.’

Shona added that she also practises a short sequence of ‘yoga or gymnastics mobility every night to prepare myself for bed’.

‘For anyone who is struggling to get motivated, think about this,’ she said.

‘I stay motivated because I know that I function better as a human when I do exercise. I feel happy, strong and badass when I lift weight, do yoga and sweat.

‘That feeling is way more valuable than hitting the snooze button.’

The Vertue Method: A stronger, fitter, healthier you – in 28 days by Shona Vertue ($32.99) is published by Hachette Australia. For more information, click here.

Coronavirus public inquiry to be held in spring 2022

The Simpsons x Vans: a first look at the collection launching tomorrow