Acupuncture can boost your chances of getting pregnant, according to new research.

The treatment, derived from ancient Chinese medicine, has been found to boost women’s chances of conceiving using IVF by six per cent.


That’s according to a leading European fertility clinic that analysed data from thousands if its clients over three years.

Its experts say it works by increasing blood flow to the uterus, which makes it more receptive to the embryo implanting when it is transferred.

Acupuncture involves stimulating sensory nerves under the skin and in the muscles of the body.

Previous research has found it as much as doubles the chances of a woman conceiving with IVF.

Acupuncture can boost your chances of getting pregnant, according to research from a fertility clinic (stock image)

Dr Hana Visnova, medical director at IVF Cube in Prague, Czech Republic, which carried out the research, said: ‘When it comes to fertility treatment, you’re already talking about fine margins between successful and unsuccessful outcomes.

‘We realise that acupuncture for fertility is a controversial subject area, and that not everyone will want to explore it as an option.

‘But it’s our view that anything we can do to tip the balance further in favour of a positive pregnancy is to be encouraged and studied further.’

‘A direct impact on a body’s biology’ 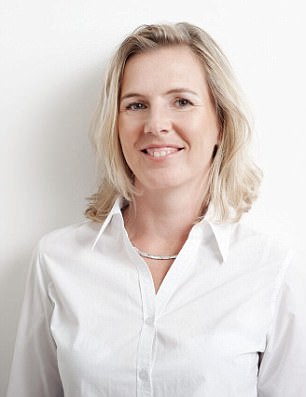 Dr Visnova and her team analysed data from 3271 women and nearly 4,400 cycles.

This included frozen embryo transfer (FET) procedures as well as cycles with a patient’s own eggs, or through donated egg therapies.

Acupuncture was performed on the patient both immediately before and after embryo implantation.

Of the 4087 cycles without acupuncture, 2,458 pregnancies were recorded, giving a pregnancy rate of 60 per cent.

Of the 301 cycles with acupuncture, there were 201 conceptions – giving a higher pregnancy rate of 66 per cent.

Dr Visnova said: ‘Acupuncture may not be entirely conventional, but there’s a growing body of evidence to suggest that it can be effective when it comes to IVF.’

Meanwhile nurse Tereza Rakin, IVF Cube’s acupuncturist, says the method has been proven to have a direct impact on a body’s biology.

‘It’s about targeting specific pressure points in the body – from the top of the head right down to the toes,’ she said.

‘There’s evidence that acupuncture can increase blood flow to the uterus while producing neurotransmitters which help with pain relief.

‘It can make the lining of the uterus more receptive to the embryo when it’s transferred, therefore aiding implantation during IVF.

‘And the therapy can also help to relax the cervix, preventing any painful cramps and again helping with the embryo transfer.’

The NHS advises on its Choices website that acupuncture is safe when practised with good hygiene by a qualified practitioner.

Some people experience mild, short-lived side effects such as:

If you have a bleeding disorder, such as haemophilia, or are taking anticoagulants, talk to your GP before you have acupuncture.

Acupuncture is also not usually advised if you have a metal allergy or an infection in the area where needles may be inserted.

in 2016, scientists at Homerton University Hospital studied 127 women aged between 23 and 43, on their first or second cycle of IVF.

They were split into two groups – one having four sessions of acupuncture while undergoing IVF, and the other having none.

Among the treatment group, 46.2 per cent conceived – more than twice as many as in the other group, where only 21.7 per cent of the women became pregnant.

In September 2016 experts from Mawangdui Hospital of Hunan Province, China, pitted acupuncture against drugs like bromocriptine and clomiphene, which are designed to boost ovulation.

The study, published in the Journal of Clinical Acupuncture, reported that acupuncture produced a 43.3 per cent chance of pregnancy rate, whereas the medication performed half as well, producing just a 20 per cent pregnancy rate.

Dr Visnova said: ‘Even if we’re talking about a placebo effect, if the patient is more relaxed then that’s still beneficial.

‘Undergoing IVF can be a stressful time. And if your body is overwhelmed with stress, then it’s not functioning properly. It goes into ‘fight or flight’ mode at the sign of a perceived danger. That is not conducive to reproductive health.

‘So if acupuncture can help to reduce this stress then it clearly has its place as part of clinical fertility treatment.’

Not everyone is convinced, however.

The British Fertility Society say there’s no evidence that having acupuncture or Chinese herbal medicine treatment around the time of assisted conception increases the likelihood of subsequent pregnancy.

Updated coronavirus vaccines can be fast-tracked like flu jabs

How to Have a Zoom Birthday

GlobalNewsEveryday - March 7, 2021
0
"At least 30,000 organizations across the United States - including a significant number of small businesses, towns, cities and local governments - have...

Health: Avoid COPD and other lung diseases by staying fit when...