Facebook’s profits continued to climb over the course of 2017, despite a dramatic fall-off in the amount of time users spend on the site, according to the social media giant’s fourth quarter earnings report today.

For the first time ever, the social network has lost users in its most lucrative market, the US and Canada, dropping from 185 million last quarter to 184 million – indicating the potential for growth might have finally petered out.


The company said changes made to the News Feed reduced the time spent by users by about 50 million hours every day, yet its revenue was up 50.4 percent, at $12.98 billion.

Shares of the company were down three percent at $181.26 after the bell on Wednesday.

Facebook’s 1.40 billion daily active users was up 14 percent from a year earlier, but below analysts’ estimate of 1.41 billion for the fourth quarter, according to financial data and analytics firm FactSet.

For the first time ever, the social network has lost users in its most lucrative market, the US and Canada, dropping from 185 million last quarter to 184 million – indicating the potential for growth might have finally petered out 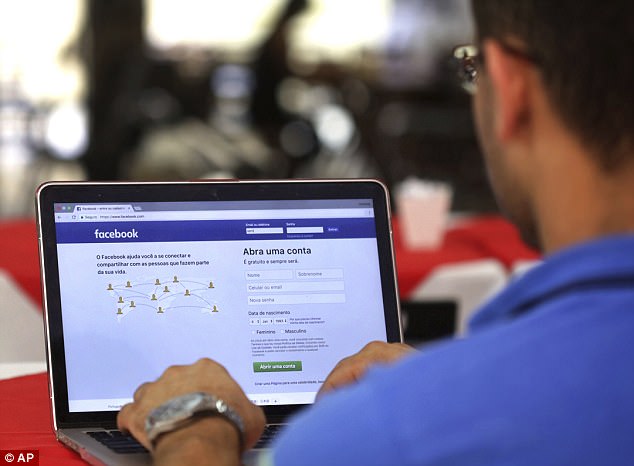 Facebook made $12.98 billion in revenue in 2017, but had one million fewer users after making tweaks to its News Feed according to its quarterly earnings report 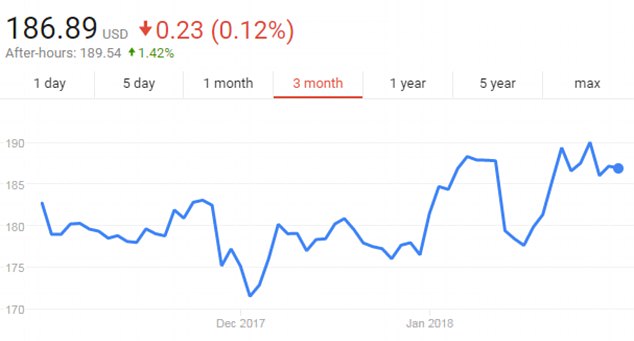 Facebook’s stock prices increased over the last financial quarter, but dipped today after market close and the company’s earnings announcement

The number of daily users in the United States and Canada actually fell to 184 million from 185 million a quarter earlier.

CEO Mark Zuckerberg admitted that the last year was a ‘strong one for Facebook, but also a hard one,’ in a statement promising investors that the company would focus on changes to improve its personal engagement with users.

Facebook had warned earlier this month that user engagement would take a hit in the near term from attempts to tweak its flagship News Feed feature.

On January 11, the social media company announced its plans to recalibrate the News Feed to prioritize posts from family and friends over those of businesses and advertisers.

Curbing the number of viral videos and public posts from businesses that appear in peoples’ News Feeds seemed to mirror Facebook users’ desires, but reduce the amount of time they were glued to their Feeds.

The move was a reversal of the social media sites historic use of algorithms to promote content its users were most likely to engage with as a way to drive traffic throughout its site and for advertisers.

The company also plans to highlight ‘trustworthy’ news in the feed following allegations that Russian operatives and others spread false reports on the site, particularly during the 2016 US Presidential election.

Earlier this month, Facebook conducted a survey of its users to try to hone the news outlets that it promotes on its feed.

The survey consisted of two questions: ‘Do you recognized the following websites,’ followed by a list that users could select ‘yes’ or ‘no’ for, and ‘how much do you trust each of these domains,’ with a five-choice ranking system ranging from ‘not at all’ to ‘entirely,’ Buzzfeed reported. 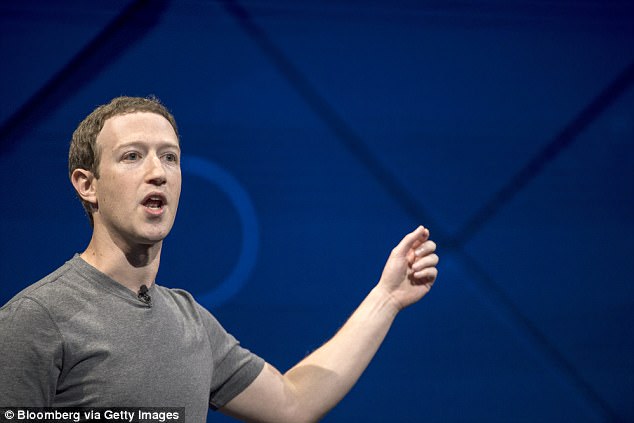 This survey was designed to help Facebook make a change expected to shrink the amount of news on Facebook to about 4 percent of all content from 5 percent currently.

But experts say that Facebook’s seemingly socially-interested efforts are not without financial motives.

‘It’s laughable that they’re pretending this is about their users’ ‘well-being’. It’s not – it’s about them making more money from ads’, Lilach Bullock, a London-based content marketing and social media specialist told MailOnline in a recent interview.

‘It feels like every year, businesses, publishers, and other Pages need to open up their wallet if they want anyone to see their updates’, she said.

Excluding a tax provision, the company earned $2.21 per share, topping analysts’ estimates of $1.95, according to Thomson Reuters I/B/E/S.

Total advertising revenue was $12.78 billion, compared with analysts’ estimate of $12.30 billion, according to Thomson Reuters I/B/E/S.

Mobile ad revenue accounted for 89 percent of the total ad sales, up from 84 percent a year earlier. (Reporting by Aishwarya Venugopal in Bengaluru; Editing by Anil D’Silva)

Love in the Time of Trump: How Do You Approach Politics on Dating Apps?

Love in the Time of Trump: How Do You Approach Politics...