Everton manager Carlo Ancelotti is already eyeing an extended stay at Goodison Park despite only signing a lengthy contract in December.

The Italian is tied to the Premier League club until the summer of 2024 but the 60-year-old has ambitions for that spell to be longer as by then he expects the Toffees to be competing for trophies and regularly playing in Europe.

‘I signed a four-and-a-half-year deal and I would like to finish my contract, to stay here, to do my best,’ he told evertonfc.com.

‘And after that, if there is a possibility to continue, I would like to stay more. The ambition and idea is to stay longer.

‘The club has big ambitions to be competitive in the Premier League and in Europe. We are working for this.

‘The base of the squad is very good. We have some young players that are growing. Year-by-year, I think we are going to improve.’ 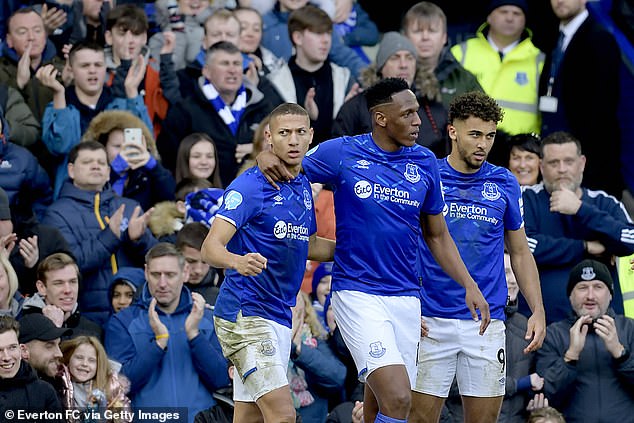 Asked where he saw Everton being in three years, Ancelotti replied: ‘I think I see Everton (towards) the top of the table, fighting for some titles, fighting to be competitive in Europe.’

The three-time Champions League winner has had an immediate impact at Everton, with the 17 points from his eight matches in charge bettered only by near-neighbours and runaway Premier League leaders Liverpool (24) over the same period.

Having been in the bottom three at the beginning of December after sacking Marco Silva, the club are now within five points of the Champions League places.

Years Ago, My Sister Vanished. I See Her Whenever I Want.