It’s been a year since the Switch first launched, and the flexibility of the console has been underlined with the brand new Labo kits.

Genius design means a few bits of cardboard can transform the Switch into something magical and eye-opening to behold.

The latter, which we will focus on in this review, is a beast to build.

The box gives guidance for how long it will take to make, estimating that you will need to set aside between three and four hours to build it.

However, depending on how carefully you are going to build each part, it could take up to six hours to make the robot suit.

Thankfully, the interactive instructions provided on the Labo game cart are absolutely brilliant.

It shows you every little step you need to take to build the robot kit, with interactive videos and models displayed on the Switch screen.

If you need any clarification on what to do you can zoom in, rewind, or view the interactive model from various angles so you follow the steps just right. 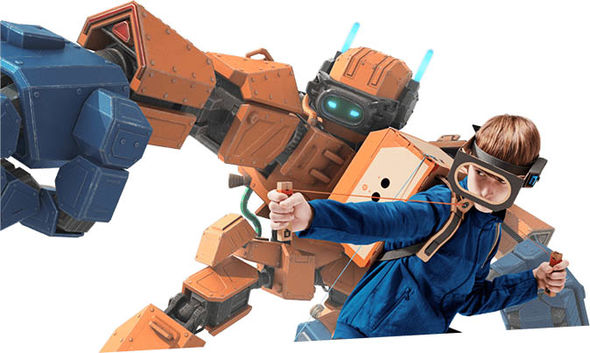 To build Labo models, there is no glue or staples required.

It all comes together from folding pieces of cardboard, with the occasional help of plastic fittings to join two pieces together.

It’s genius design, and it’s staggering how these complex bits of kit can be built simply with precise folds on pieces of cardboard.

The design ethos behind Labo seems awfully similar to me to the Japanese woodwork technique known as kumiko.

This requires no nails or glue, just precise joints to create jaw-dropping pieces of wooden artwork or furniture.

The craft required for this is immense, and likewise – the ingenuity it takes from Nintendo to turn bits of cardboard into something more is staggering.

Once built, the robot kit works like a pseudo version of VR.

Punch to make the robot on screen punch, stomp so the mech destroys buildings or flip the visor to turn to a first-person mode.

It may take a bit of getting used to to get familiar with controlling the on-screen action with your whole body. 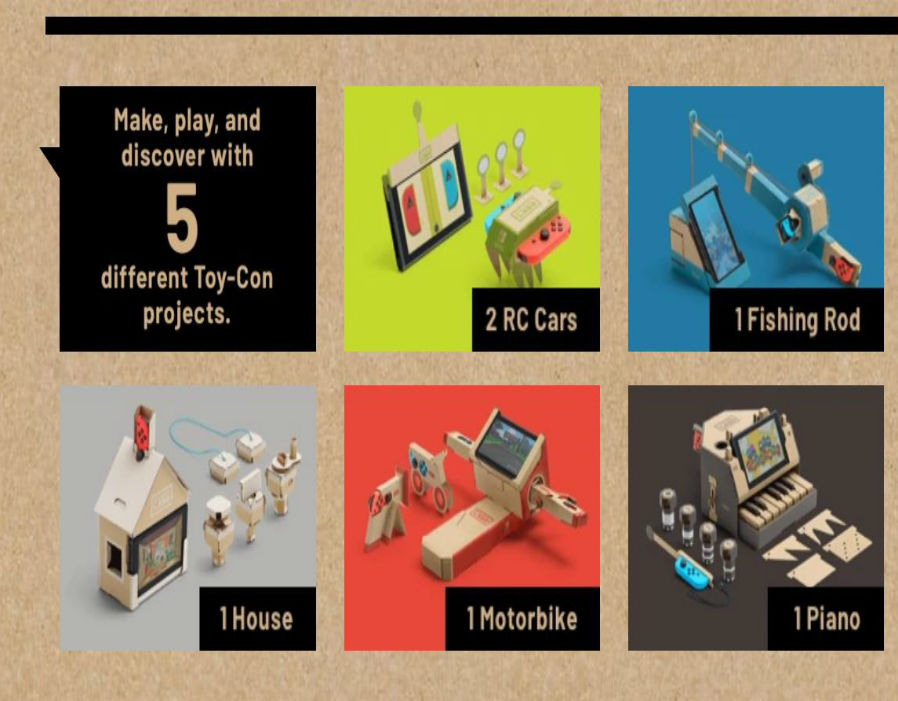 But once you do it works extremely well, with real-world actions translating quickly on screen.

Like with the motion control games of the Wii era, it works intuitively as you perform natural actions that the game simply replicates.

The main bulk of the robot kit game sees you using your mech to destroy buildings and other targets in a 3D cityscape.

You will punch, kick, and smash into buildings, with plenty of extra moves at your disposal.

Crouching down transforms your mech into a car so you can quickly move around the map.

While sticking your hands out to the side activates the flight mode, with the robot able to use boosters on its feet and arms to get some airtime.

The Switch registers all the actions you do thanks to the cardboard backpack at the centre of the Labo kit, which has hand grips and feet straps.

It means playing the robot kit game turns out to be quite a physical activity, so it’s unlikely you’ll be playing it for hours on end.

The game itself is also unlikely to hold your attention for long stretches.

There’s only so many times you’ll be able to destroy the same city over and over again in the main mode.

There is a challenge mode, where you master all the different abilities at your robot’s disposal, but this is unlikely to have much replay value. 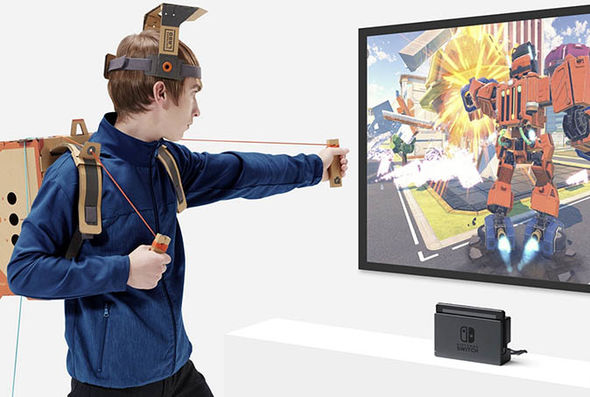 So the robot kit definitely feels like something you’ll dip it and out of as a fun, gaming experience – instead of a game you play for long stretches.

And, depending on what you’re after, that is by no means a bad thing.

There is nothing else quite like the robot kit on the market, and part of the fun with Labo is building the kits and seeing them take shape.

If you’re looking for an introduction into what Labo can offer, the variety kit is arguably the better choice.

It has a more diverse selection of games and each individual kit will take less time to build.

It will also take up less space in your home than the robot kit, with storage an issue if you’re looking to collect plenty of Labos.

But, despite its shortcomings, the robot kit is well worth picking up.

From a design perspective it’s a marvel to build and see it all come together.

And from a gaming point of view, it’s a fun experience that taps into the inner child in all of us.

Steam status: Is Steam down right now? Is the Steam Store not working? | Gaming | Entertainment