When Isabel Coixet was named Best Director at Spain’s version of the Academy Awards in February, I hadn’t even heard of her award-winning film The Bookshop.

But as her adaptation of Penelope Fitzgerald’s 1978 novel set in East Anglia had already been a hit in Spain, I made a note to check it out when it came here. Now I’ve seen the film I wouldn’t trust the Catalan to direct traffic.


It’s set in a sleepy coastal town in the 1950s but this isn’t the nostalgia-soaked vision of Sunday TV.

For one thing, everyone in the fictional town of Hardborough has a different accent.

Even odder is the way they over-enunciate and use wild facial expressions to emphasise seemingly random words. This gives the set-up a certain nightmarish quality – like an episode of Call The Midwife directed by David Lynch.

Meanwhile, on the soundtrack a horribly chirpy score is fighting a losing battle with the sombre tones of Julie Christie’s narrator.

This, she tells us, will be the story of widow Florence Green (Emily Mortimer) and her attempt to open a bookshop in a long-abandoned house.

A chance meeting between Florence and a seemingly drunk West Country fisherman adds an element of danger. “You arrr a woman who don’t frighten easily,” he shouts at a badly placed microphone.

TELL US A STORY: Emily Mortimer is The Bookshop’s Florence Green

“The only person who reads ’ere is Misterrrr Brundish and I don’t fink eel leave ’ome to…” As the film’s editor cuts him off mid-flow (an unusually experimental technique for this type of production) it is down to us to complete this sentence.

Brundish, thankfully, is played by the reliably competent Bill Nighy, whom we see sitting in the living room of a large country house surrounded by a pile of books.

“He adored books with the same passion with which he detested his fellow men,” says Christie, as we watch Nighy tearing authors’ photographs from dust jackets and tossing them on to the fire.

The perky score seems to suggest this is the typical behaviour of an English eccentric. But you could be forgiven for interpreting his blank expression as the crazed stare of a pyromaniac. 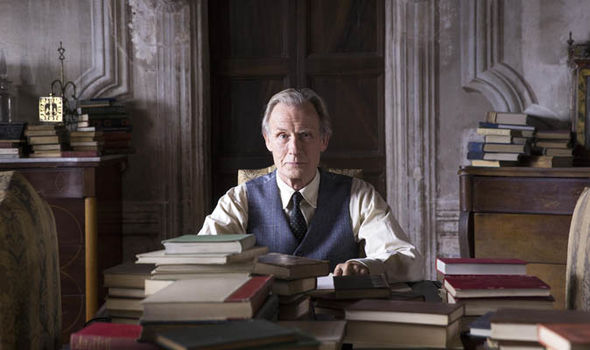 Bill Nighy plays the agoraphobic Mr Brundish in The Bookshop

It turns out the picture-burning bookworm isn’t the villain of the piece. That role unequivocally belongs to Violet Gamart (Patricia Clarkson), a retired general’s wife and the town’s self-appointed leader.

We meet her at a stiff soirée where she “advises” Florence to sell the old house so she can turn it into an arts centre. “You think it over,” she says menacingly in an accent that Clarkson seems to have invented specifically for the role.

At this point, you may be wondering if someone has spiked your popcorn, or whether Coixet is deliberately trying to bring the dark heart of Spanish surrealism to the gentle English period drama.

If the Goyas are named after the artist’s late Black Paintings series, perhaps Coixet’s gong could make sense? But these suspicions begin to subside when a reasonably interesting plot develops.

Violet decides to sabotage Florence’s new bookshop and recruits a louche, middle-aged man (James Lance) who performs an unspecified role for the BBC.

Her motives remain elusive. She’s hardly the arts centre type so a late sub-plot involving Florence’s decision to stock Nabokov’s Lolita suggests it could be a some kind of moral crusade.

But if this was the case, you would expect an award-winning director to have developed this strand further. We get unlikely scenes of locals staring blankly at copies of the book in the shop window but Nabokov’s themes are never explained.

So it comes as a huge relief when the plot brings Nighy’s Mr Brundish into play. It turns out he isn’t a crazed lunatic but just mildly agoraphobic.

Nighy cleverly underplays it, even milking a couple of wry laughs out of Coixet’s stilted dialogue. Mortimer is very watchable, too, bringing the correct blend of steel and insecurity to Fitzgerald’s heroine.

They only share a couple of scenes but they are so good you almost forget about the disaster that is playing out all around them. 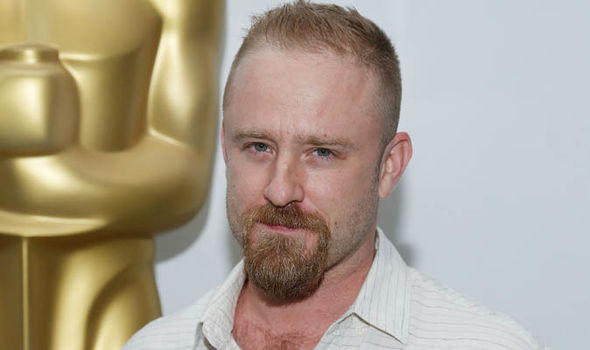 In Leave No Trace traumatised army veteran Will (Ben Foster) has been raising his 13-year-old daughter Tom (Thomasin McKenzie) in a tent pitched deep in the vast national park surrounding Portland, Oregon.

Like much in this beautifully restrained, wonderfully performed and unusually unsentimental drama, what led them to this unconventional lifestyle is never explicitly stated.

But we get a sense of how long they have lived there by how adept they are at covering their tracks.

Their camp is expertly camouflaged and they have military-style drills to prepare for any police intrusion.

When the authorities arrive a well-meaning social worker finds a way to keep them together after a sympathetic farmer offers them a home on his ranch and a job.

Tom begins to thrive but troubled Will isn’t ready to rejoin the human race. They love each other deeply but a rift begins to develop.

This is one of those rare films that stays with you long after the lights have come up.

The real-life story behind Tag has inspired a perfectly serviceable comedy but the end credits made me wonder if it could have been a great one. 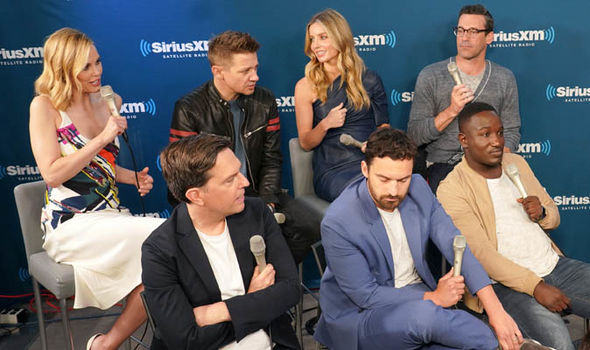 This is where we see grainy footage of a group of chubby, middle-aged, men playing the same game of tag that they started in the school playground three decades earlier.

The film follows a 2013 report in the Wall Street Journal about their friendship but instead of making a moving documentary, the film-makers decided to apply the formula of a brash, mainstream comedy.

Lightning-fast Jerry, rather implausibly, has never been caught. But as his wedding day approaches, his old school friends see an opportunity to pin him down.

Director Jeff Tomsic milks some early laughs by shooting the childish game like a serious action movie. There are a few decent jokes but after a while the slapstick and the clichéd characters begin to lose their charm.

You get the sense that the truth would have been stranger, and a lot funnier, than the fiction.

5 Armie Hammer movie moments that are even creepier amid scandal

Nintendo Labo Robot Kit review – You have NEVER played anything...