A little boy with Down’s Syndrome was locked on a council’s school bus for six hours – after teachers forgot to check he’d got off.

Reuben Wilson, nine, from Chew Magna, Bristol, was strapped into his seat, and only discovered when the driver came back from his lunchbreak.


His mother Sharon, 45, a lecturer claims her son – who cannot speak and communicates using sign language – is now frightened to step on the bus.

Reuben Wilson, nine, from Chew Magna, Bristol, was found still strapped into his seat on the school bus after school teachers, carers and the bus driver all forgot to check he had got off

She said: ‘The night after it happened Reuben signed to me, “Bus, big wait, Reuben sad mummy”. The thought of Reuben sat there, literally abandoned, for hours on end has given me sleepless nights.

‘Since the incident Reuben has become really clingy. I feel so angry and upset. I just can’t understand how he was left sat on the bus for so long and why no one checked he’d got off.’

The nightmare journey began when shortly before Christmas, Mrs Wilson waved her son off on the bus at 7.45am as usual on the hour-long trip to Fosse Way special education school in Bristol.

‘When Reuben first began taking the bus to school eight months ago, I was really worried. He’s such a sweet adorable and trusting little boy. He can’t speak and can only use Makaton gestures and signs. 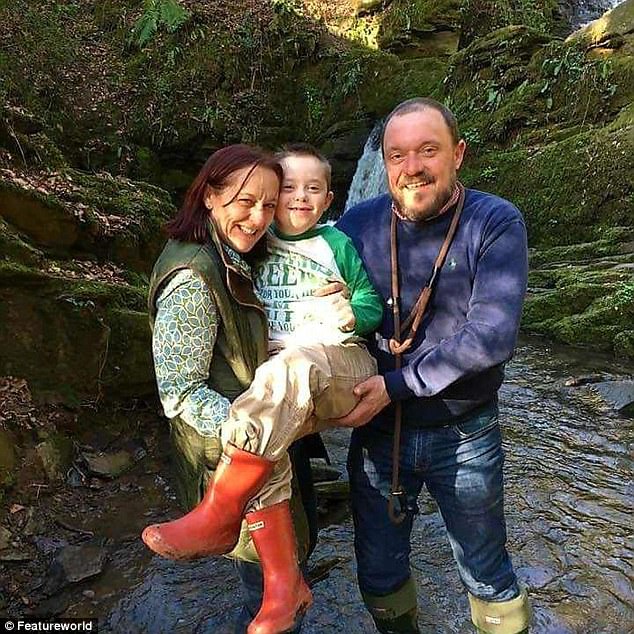 His mother Sharon Wilson, 45, (seen left) a lecturer, claims her son – who cannot speak and communicates using sign language – is now frightened to step on the bus 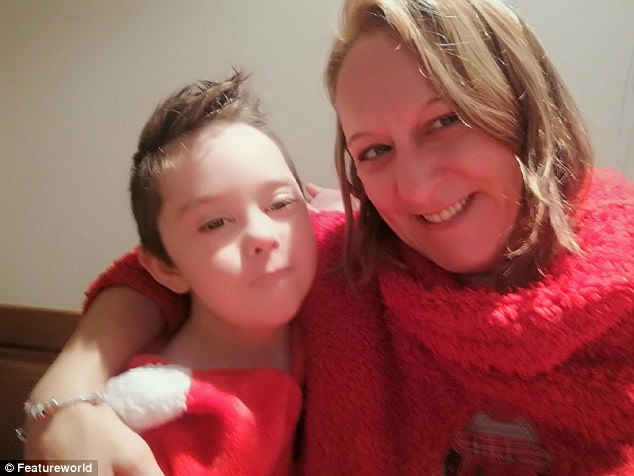 ‘But after a few weeks I relaxed and there has never been any problem before.’

The first sign anything was wrong was around an hour after Reuben should have got to school.

She says: ‘I was at work when I received a generic text message from the school saying they noted Reuben wasn’t there today. But as he had been off from school the day before, I thought it related to that. I didn’t query it as obviously he’d gone off to school fine. 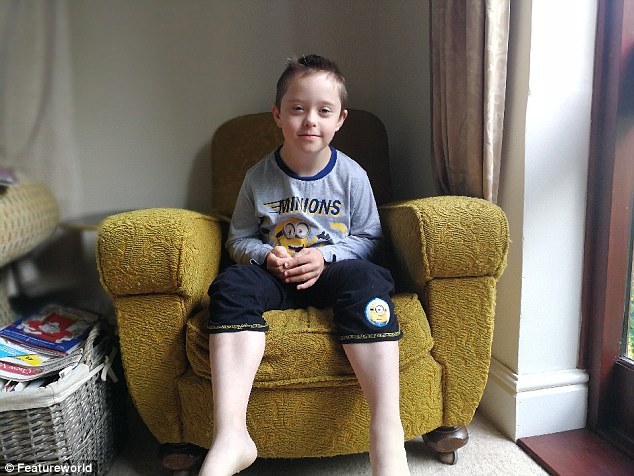 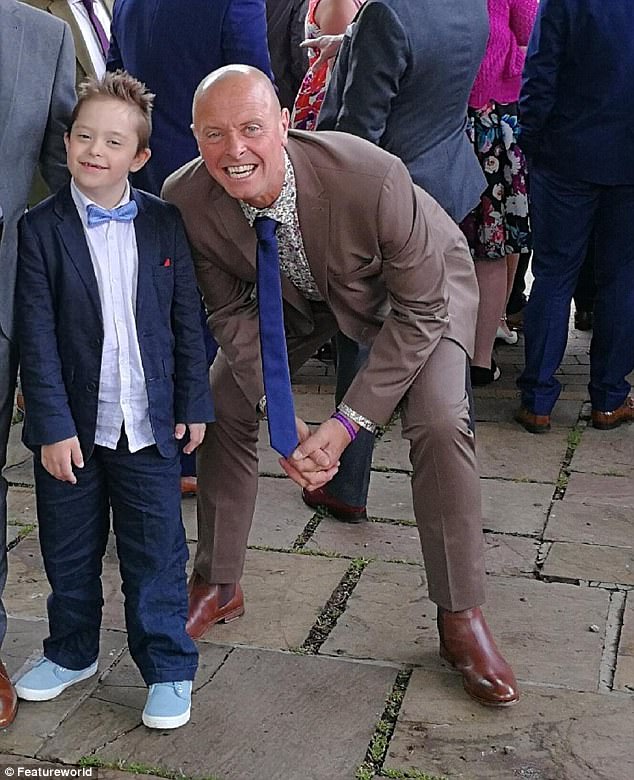 Mrs Wilson, who lives with Reuben’s stepdad Chris Gillis, 45, a training manager, wants a review of the situation. The incident was so serious it was referred to the police

However, at 2.30pm she got a phone call from the school to say Reuben had been found by the bus driver still strapped to his seat in the vehicle.

‘I was shocked. The bus driver had actually gone for a lunch break, parked the bus and left Reuben on it while he went for something to eat. He only discovered him when he went back to the bus for the afternoon school run.

‘I immediately left work and raced to see Reuben. When I saw him he just wanted to be hugged. It was so distressing.’

Mrs Wilson, who lives with Reuben’s stepdad Chris Gillis, 45, a training manager, adds: ‘Reuben has started back at school and the school were great informing me when he’d arrived and when he’d set off school to home. 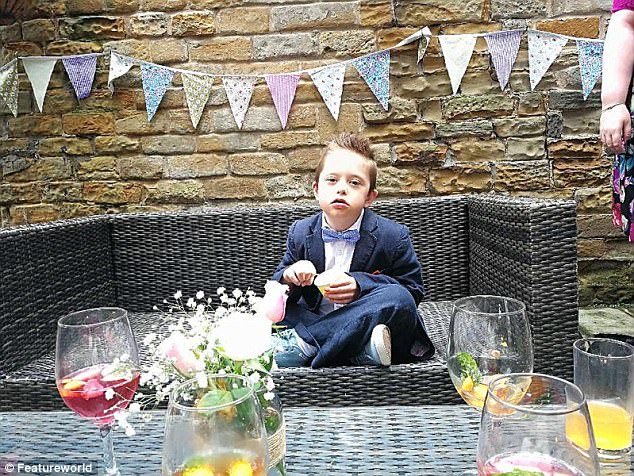 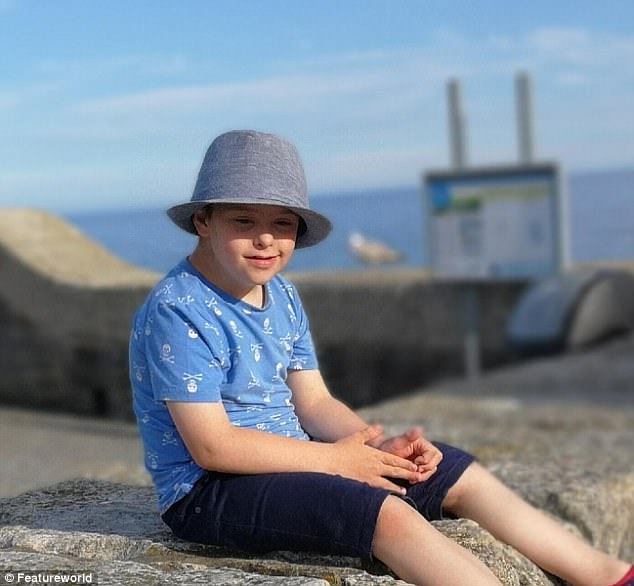 ‘But a new driver recently lost his way. The bus was delayed for 30 minutes and no one rang. By the time Reuben turned up I was in floods of tears. The school is fantastic and everyone apologised verbally but I can’t understand why all these checks are not being made.

‘I want the council to review their policies so this never happens again.’

Daniel Cattanach, spokesperson for Bath & North East Somerset Council, said it is now assisting Avon & Somerset Police with an investigation into the incident. ‘The council has already spoken not the family and apologised for the distressed caused,’ he said, ‘This is a terrible event for the child and his family.

‘The council fully understands the gravity of the situation and will want to know how this could have occurred in order to ensure that this can never happen again.’ 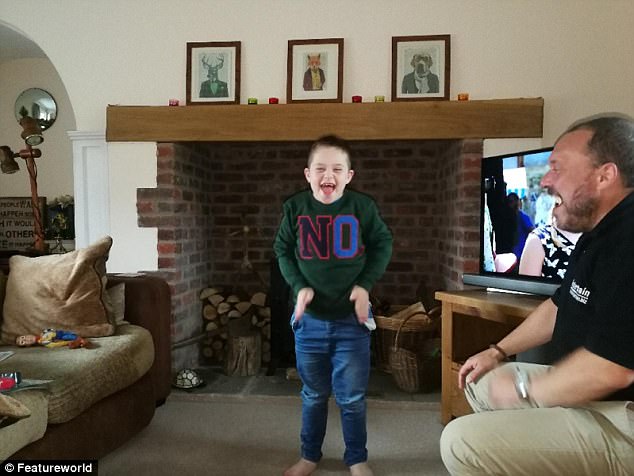 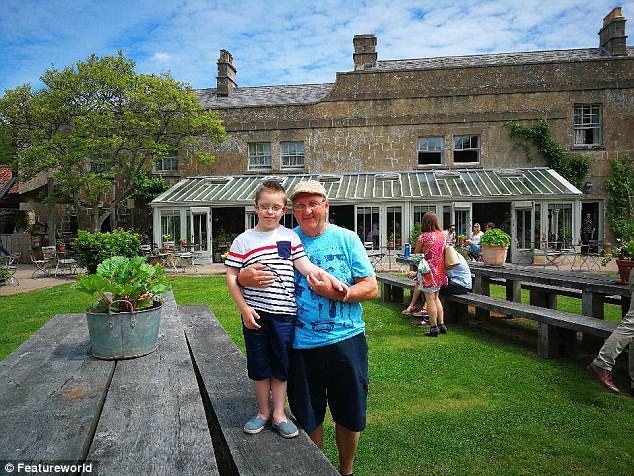 ‘I want the council to review their policies so this never happens again.’ Reuben’s mother said

The pamper sessions in Nottingham for cancer patients

China coronavirus: ‘Increased likelihood’ of cases in the UK