By Amitai Winehouse For Mailonline

Chelsea have agreed a deal for Davide Zappacosta to join Roma on loan.

That will open up a spot for youngster Reece James to receive first-team chances this season by deputising for Cesar Azpilicueta when he returns from his current injury.

The west London side waited to agree Zappacosta’s departure until they were confident James was recovering.

James, who spent last season on loan at Wigan, had ankle surgery in the summer but should be fit in the next few weeks.

Chelsea turned down a number of offers from Premier League sides for the 19-year-old, with West Ham, Crystal Palace and Brighton among those who made bids.

Manager Frank Lampard has already given out significant opportunities to young players this campaign.

Mason Mount has started both of their Premier League games while Tammy Abraham was selected in the first-team for the trip to Manchester United. 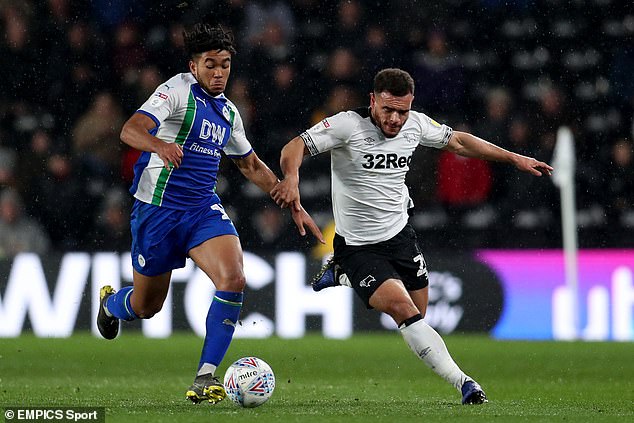 James might be needed after Azpilicueta’s struggles in the opening two league games against United and Leicester.

The Spaniard could also be moved to the left side of defence with James playing in his preferred right-back berth.

Zappacosta — who is not in Lampard’s plans — leaves after two years at Stamford Bridge in which he has struggled for game time under both Antonio Conte and Maurizio Sarri.

Camellia Bowl 2019: Arkansas State vs. FIU preview, how to watch...