By Jonathan Mcevoy For Mail Online

Sebastian Vettel will start ninth after a technical glitch – air pressure line to the engine – saw him step out of his car before the end of the final session. He hugged his team but has little chance of making an inroad into his 72-point deficit to Hamilton in the drivers’ standings. 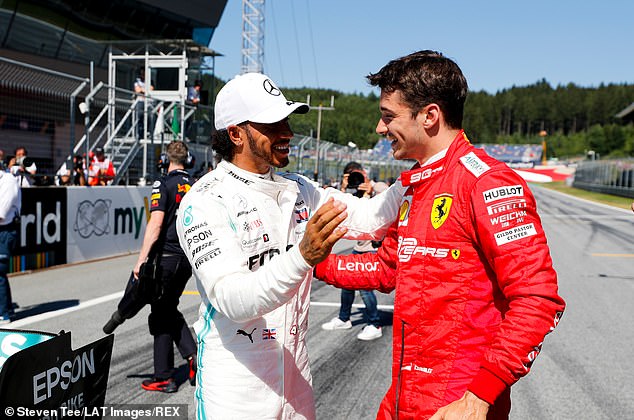 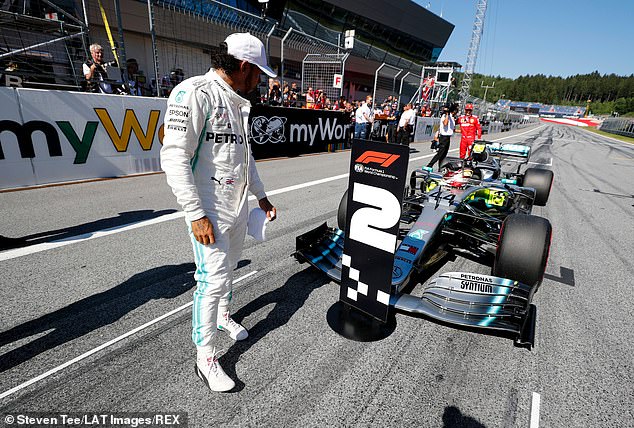 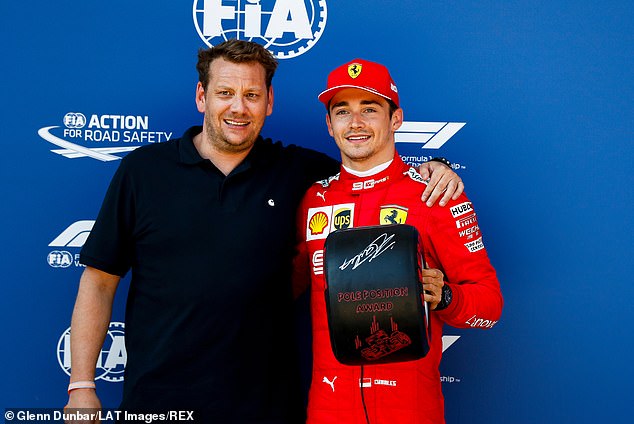 ‘Car 44 had just come out of the pits and was informed of the cars approaching including car 7. Although car 44 tried to take evasive action when he became aware of car 7 approaching on a fast lap, it was not sufficient to avoid impeding car 7 which had to then abort the lap.’

World champion Hamilton was hit with his penalty following the qualifying session for obstructing Alfa Romeo’s Kimi Raikkonen in Q1.

After the incident at Turn Three, Raikkonen, who was impeded while on a fast lap, was incensed and flashed a finger at Hamilton in protest.

Precedent suggested he was in line for a three-place demotion, as happened in Canada to Carlos Sainz for his hampering of Alex Albon, with the Brit also collecting one penalty point.

However in line with the stewards’ statement, Mercedes have opted to take their opportunity to appeal the decision with an answer expected over night ahead of Sunday’s race. 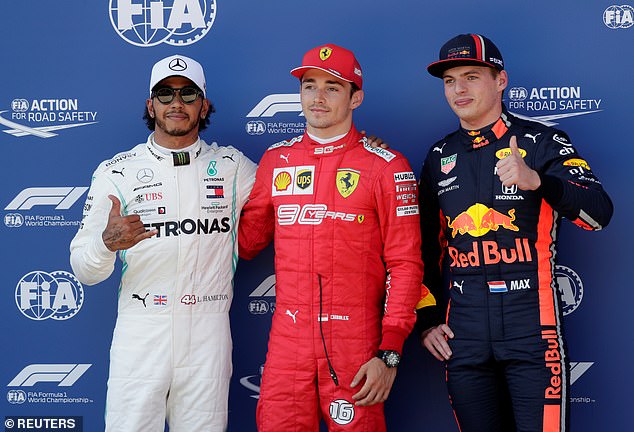 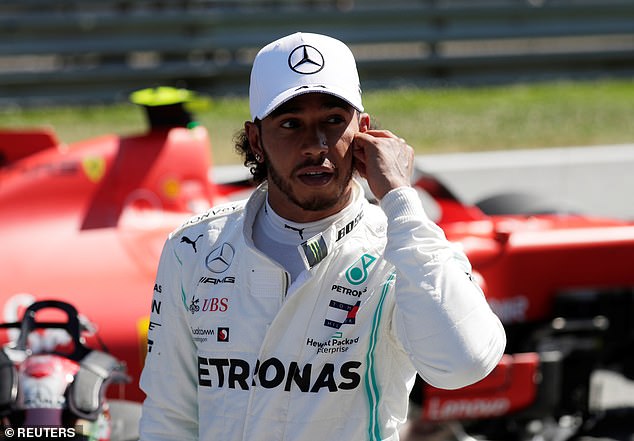 Hamilton though was investigated by the stewards following the session 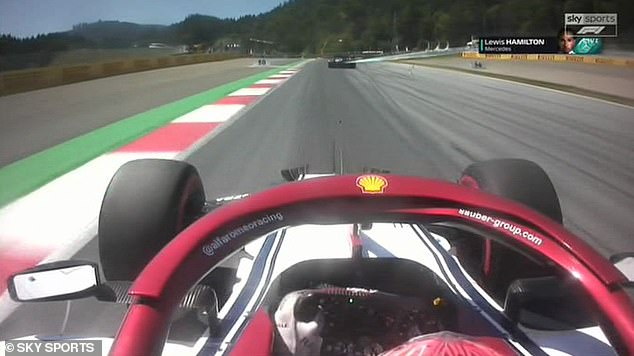 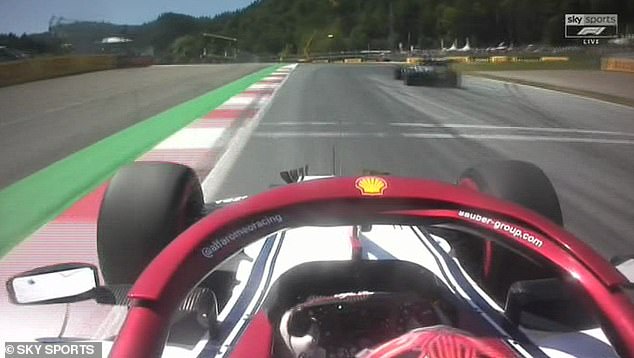 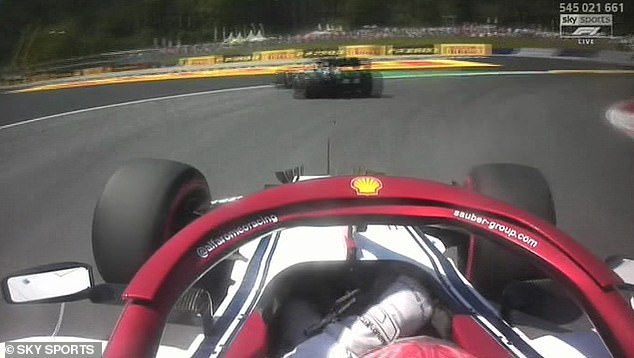 Hamilton moved off the track to take evasive action, but an angry Raikkonen gesticulated angrily at his old rival before telling his team over the radio that he had blocked him

‘Hamilton totally blocked me,’ complained Raikkonen over the radio.

Hamilton had called for improvements on the fare – admitting his lights-to-flag victory in France last week was boring – and the topsy-turvy grid that replaced the predictable Mercedes lockout provides hopes of excitement for Sunday’s race in the Styrian mountains.

Fellow Brit George Russell made it 9-0 in qualifying over Williams team-mate Robert Kubica. How long can the Pole be allowed to go, hampered, as he sadly is, by the serious hand injury he suffered rallying eight years ago? 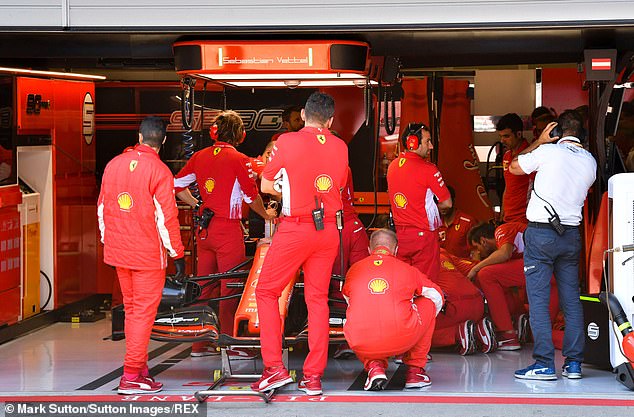 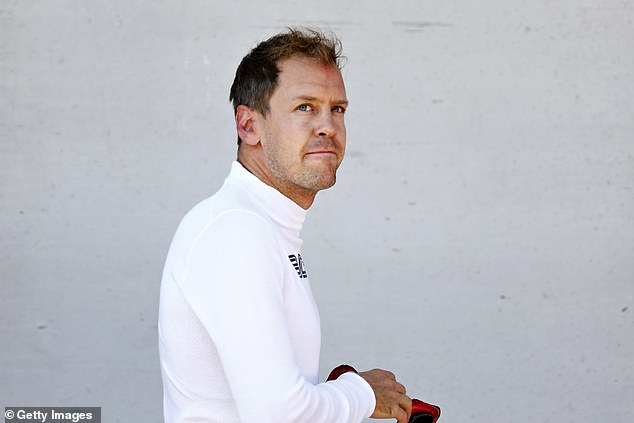 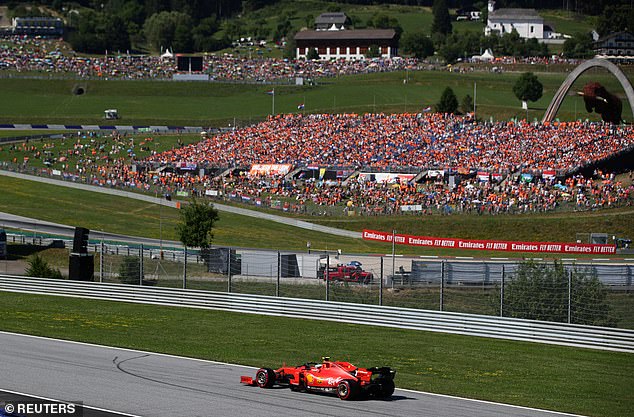 WIMBLEDON LIVE: All the latest from day two with Roger Federer in action

Roger Federer EXCLUSIVE: Retirement claim made over Swiss star – ‘He...