Celebrities and social media influencers are watching their Twitter followers dwindle by the millions after it was revealed that many are guilty of paying for fake accounts to follow them.


Great British Bake Off judge Paul Hollywood even went so far as to delete his Twitter account in shame after it was discovered that he bought roughly 600,000 of his Twitter followers.

The jaw-dropping revelations were made public as part of a New York Times investigation into the social media black market.

Twitter has pledged to crack down on fake accounts after it was revealed that a shadowy American company, Devumi, had helped 200,000 people purchase fake followers on the site

The celebrities are among the 200,000 customers who have signed up for services from a shadowy American company called Devumi, which sells Twitter followers and retweets to models, actors, athletes and businesses, among other people.

In total, Devumi has sold roughly 200 million Twitter followers to more than 39,000 customers, according to the Times.

Information from Twitter users in every state had been used to build bots sold by Devumi and other companies like it, the Times said.

Lane-Fox, who is also a Twitter board member, bought at least 65,000 followers.

But just 24 hours after Devumi’s business practices were revealed, Lane-Fox lost about 46,000 followers.

Lane-Fox has blamed a ‘rogue employee’ for purchasing followers on at least seven occasions. 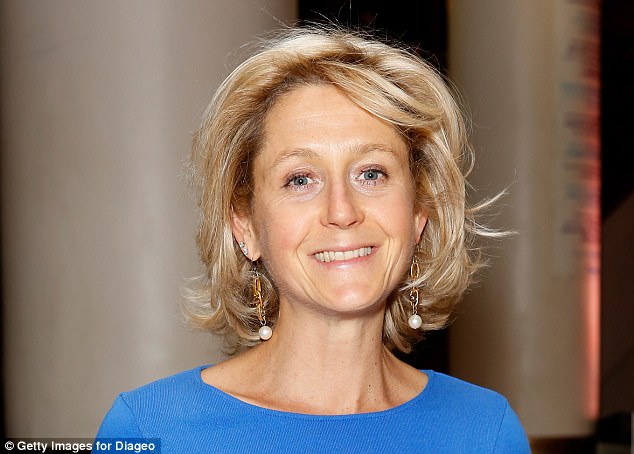 Experts have discussed the possibility of fake followers on Twitter and Instagram for several years but the issue has only recently been brought to light.

Now, federal and state officials are investigating what is being referred to as the social media black market.

WHO’S GUILTY OF PAYING FOR FAKE FOLLOWERS ON TWITTER?

A sweeping New York Times report revealed that many high-profile actors, musicians, athletes and politicians are guilty of paying for Twitter followers

Devumi, a shadowy American company, is believed to be behind many of the fake accounts, having amassed at least 200,000 customers

So far, it’s been revealed that many celebrities have bought Twitter followers, including: 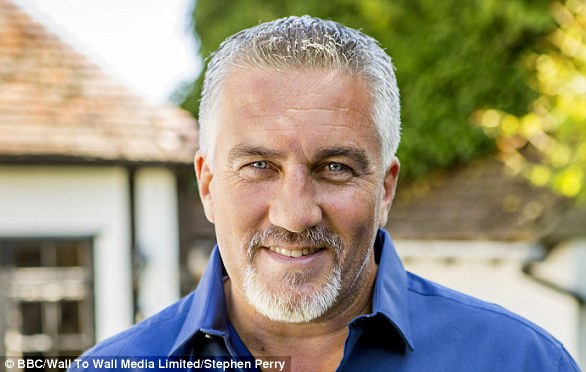 As evidenced by celebrities’ dwindling follower accounts, the firm is also beefing up its bot detection personnel.

Twitter has pledged to investigate fake follower purchases after the tactics were revealed last week. Federal and state authorities are also examining Devumi and other companies like it

Twitter and Facebook will verify the authenticity of some accounts by using blue checkmarks, but not all accounts are verified.

Critics have said that the social media platforms should heighten their requirements to protect users’ identities.

Billionaire tech investor Mark Cuban said in a tweet that there ‘needs to be a single human behind every individual account.’ 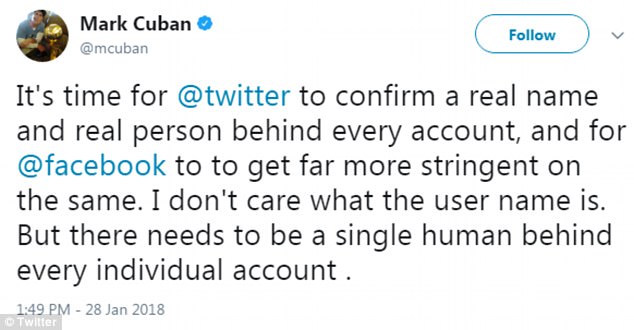 The moves come as Twitter continues to grapple with other safety issues on its platform.

The firm notified more than 1 million users this week that they interacted with Russian-backed trolls, many of which were a part of the Internet Research Agency.

The Internet Research Agency is a Russian government-linked group whose purpose is to spread fake news which was based in St Petersburg.

The ‘bot’ accounts were allegedly backed by Russian hackers who tried to sway the outcome of the 2016 presidential election.

What the ES fashion team are loving this week

Sex is best in your SIXTIES, survey finds

Big Tech will be forced to disclose your data’s value under...