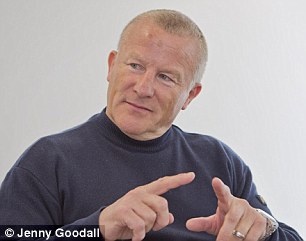 Fallen star: Fund manager Neil Woodford made a series of bad bets in 2017

Investors have pulled almost a fifth of their cash out of stock-picker Neil Woodford’s fund.

Assets managed by Woodford Equity Income slipped from £10.2billion to £8.2billion between May and December last year after a series of bets went badly wrong.

Outsourcer Capita lost 47 per cent of its value on Wednesday after it issued a profit warning – a move which wiped £40million off Woodford’s 8.5 per cent stake.

The fund manager said on Friday that although he had been wrong to buy Capita shares in the first place, selling out now would only make the problem worse.

‘I am not trying to make a silk purse out of a sow’s ear – this has been a poor investment but it is one that has the capacity to become a significantly better one from here,’ he said.

‘There is much work to be done to turn the business around, but there is a clear plan and the project is underway.’

COVID-19: Self-isolation exemption for food supply chain staff will not be extended to other businesses, says minister | Politics News

Coronavirus: The irony for banks as they face pressure over COVID-19...